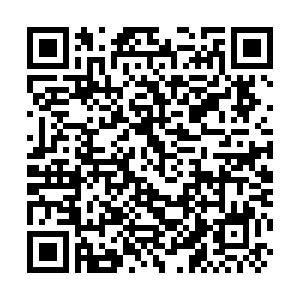 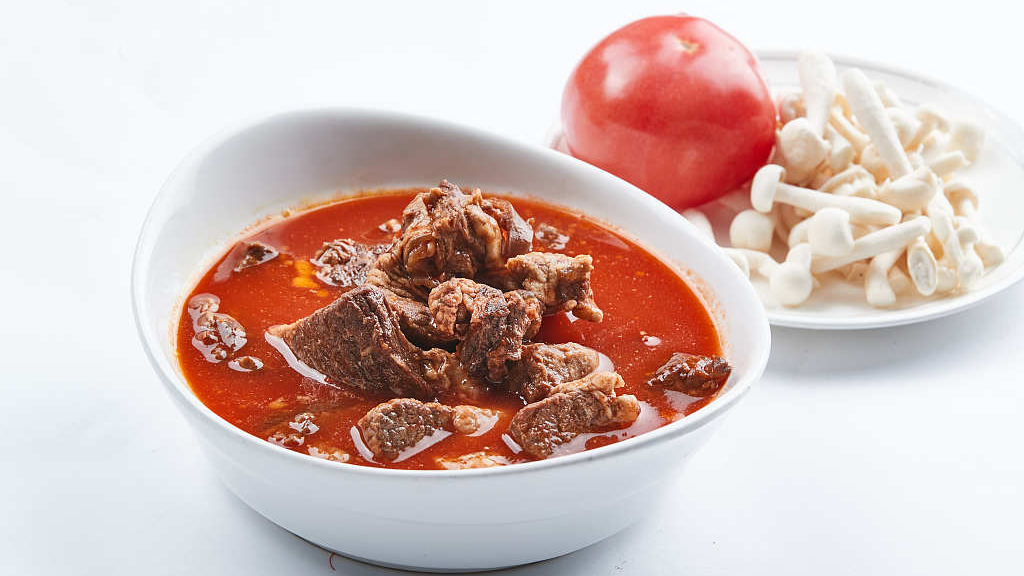 The definition of cooking has been changing over the past few years. After a day of tiring work, some young Chinese are turning to self-heating instant meals, saving time and energy of buying grocery, preparing meals and washing the dishes.

Semi-finished food products are developed from minimally processed vegetables – they're washed, chopped and processed without loosing their freshness. A similar approach is also used for a variety of mixed dishes that are frozen or vacuum-packed for storage. They are ready to eat after heating.

In 2020, semi-finished food sales in China increased by 111 percent year on year, while sales of some new forms of instant food like self-heating hot pot increased by more than 50 percent, according to statistics from China's e-commerce platform Tmall.

Guo Yu, a millennial living in Beijing, used to buy self-heating hot pots often. It only needs a few steps to prepare: Pour the ingredients into the inter tray, add cold water into the outer bowl, put the lid on. Wait for 15 minutes and a hot pot is ready. However, her curiosity quickly faded.

"It is too salty and I'm afraid that it is not healthy as there may be many preservatives," said Guo. "Now I go to the supermarket and buy fresh vegetables and meat, and prepare sauces if I have time." 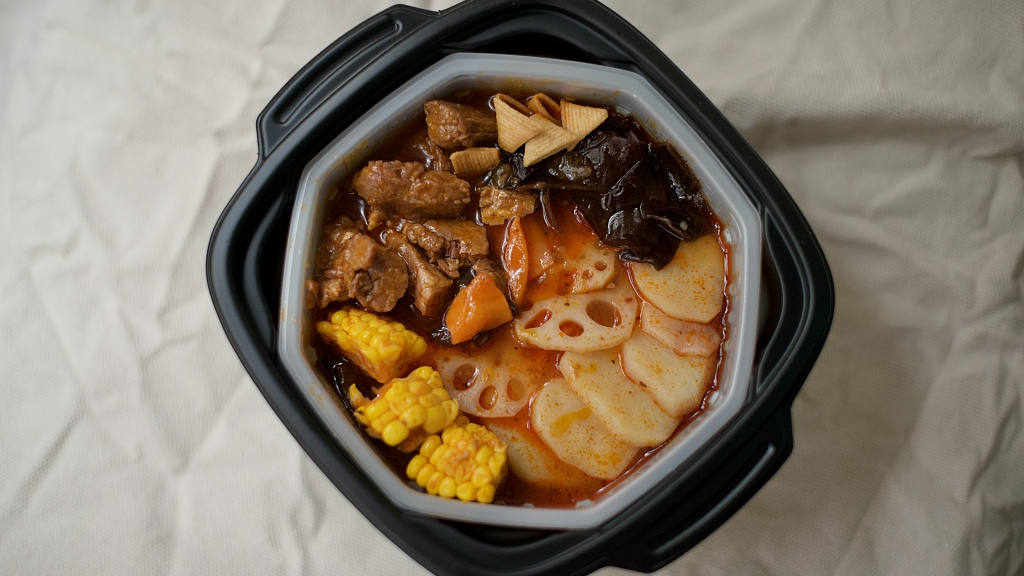 In a small-scale survey conducted by CGTN, 66 percent of 174 respondents knew a little about semi-finished food products, 30 percent knew nothing about them and the remaining 4 percent were very familiar with them. As many as 67 percent said they bought semi-finished food products when suitable, 32 percent did it occasionally, while only 1 percent bought it often. And, 85 percent answered "no" while 15 percent said "yes" when asked whether they would buy the semi-finished for the upcoming reunion dinner of the Spring Festival eve.

In multiple-choice questions on reasons for purchasing semi-finished food products, 88 percent cited convenience, 17 percent said they felt curious and wanted to try it, while 8 percent termed it nutritionally balanced. When asked about their concerns, 86 percent said they were worried about food safety, including whether the ingredients are fresh enough and whether the production process is hygienic, 53 percent cared about the price, 38 percent were skeptical about the cooking process, and 29 percent cited the limited variety of semi-finished foods.

"The whole production process should be transparent, and text and graphic explanations related to commodities easy for consumers to understand," said a staff member in charge of semi-finished food products at RT-Mart. "The ingredients for our semi-finished food products must meet food safety standards and can be traceable. And their suppliers must have certain qualifications."

Behind the booming market

"I started bringing self-heating meals to workplace after we came back to office in March 2020. I didn't order food because it was not safe enough if it was passed through the hands of too many people during the COVID-19 pandemic," said Wang Lu. From March to June, she bought a dozen self-heating meals four times online, but now she only buys them for road trips.

In the past two years, the pandemic has fueled the growth of the stay-at-home economy. People are getting more used to online shopping. A survey on Asian consumers by Nielsen, a global measurement and data analytics company, showed that 86 percent of consumers on the Chinese mainland would like to eat at home more often due to the impact of COVID-19.

During the Spring Festival of 2021, more families stayed at home for reunion dinners instead of dining out. The sales of online catering platforms monitored by the Department of Market Operation and Consumption Promotion of the Ministry of Commerce doubled year on year. Some enterprises also brought semi-finished meal combos.

RT-Mart said it introduced a semi-finished reunion dinner package, which includes 22 dishes that only takes 20 minutes to cook. Some fast-food restaurants like KFC have similar combos including steak and spaghetti. A 2021 report by Shenzhen-headquartered AskCI Consulting shows the semi-finished food market in China stood at around 300 billion yuan ($47 billion), and it could grow into a 1-trillion-yuan market in the next six-seven years.

"In the post-pandemic era, the pace of life has accelerated after the resumption of offline activities. Meanwhile, it has increased the demand for semi-finished foods, as more people like to save time, especially in large cities," said Jin Chengwu, a researcher at the Institute of Economics with the Chinese Academy of Social Sciences.

Another reason that boosts the semi-finished food market is the development of cold-chain logistics. In 2020, China's cold chain logistics market grew to over 380 billion yuan, 2.4 times larger than that in 2015. The cold storage capacity stood at 180 million cubic meters, twice the figure in 2015, according to authorities at the economic and trade department of the National Development and Reform Commission.

In December 2021, China's State Council approved a development plan to accelerate the construction of a green and smart cold-chain logistics system as part of the country's 14th Five-Year Plan (2021-25), including the application of smart sorting equipment, logistics robots and temperature monitors.

Also, the country's growing "single economy" has been playing a big role in boosting the demand for one-person meals. According to the 2021 China Statistical Yearbook compiled by the National Bureau of Statistics, over 125 million Chinese households had only one person in 2020, accounting for more than a quarter of all 494 million households. The phenomenon stimulates a new consumption trend of "one-person food."

The quick-freezing process was developed in the 1920s by American businessman and inventor Clarence Birdseye, known as the "father of frozen food." The foods frozen in small packages for retailing changed people's concept of how foods are preserved and cooked. It also paved the way for semi-finished food industry in the U.S. in the 1940s.

Before maturing in the 1990s, this industry grew rapidly between the 1950s and 70s, as a large number of post-war "baby boomers" came of age, bringing about a big demand for catering.

In Japan, the semi-finished food industry started in the 1950s and experienced some 60 years of development before consumption volume became stable.

In the 1990s, with McDonald's, KFC and other fast-food restaurants making their forays into the Chinese market, the processing plants of minimally processed vegetables appeared. After 2000, deep-processing semi-finished vegetable enterprises began to emerge. It developed quickly in the catering market after 2004 and flourished in 2020.

Experts say that the semi-finished food market in China started late compared to Western countries. For example, there are indicators of hardness for semi-finished fried rice in Japan. Other aspects like consumer acceptance, technology and market regulation also need to be improved for the Chinese market.

"From vegetable cultivation, factory storage and processing to cold chain transportation and selling shelf, all these processes need to be traceable. The government can supervise enterprises through digital monitoring," said Zou Ruihang, a senior investment manager of Syngenta Group China, an international company headquartered in Switzerland which focuses on agricultural technology and innovation.

Zou, also an investment manager in semi-finished foods, noted that the industry in China is highly fragmented. Also, the taste of some semi-finished dishes like Kung Pao Chicken is different from that made in the restaurant, and related companies need time to do research and development.

Although the market for semi-finished food products developed quickly in the past few years, it is sill limited in terms of variety and taste.

"What makes the Chinese market different is that China has one of the world's most diverse cuisines, with a wide range of food ingredients and cooking methods. So it's difficult for the suppliers of food products to please people's diverse appetites at a relatively low cost. Economic activity features low average costs for mass production. Therefore, if the need for one certain ingredient is limited, the related purchase, transportation and storage costs will remain high," said Jin.

"The demand for semi-finished food products are expected to increase in the future, but it depends on whether the suppliers can meet the demand of consumers with various tastes and preferences," he added.

(Edited by Wang Xiaonan. Pseudonyms are used for all interviewees, except the experts, in this piece to protect their privacy.)