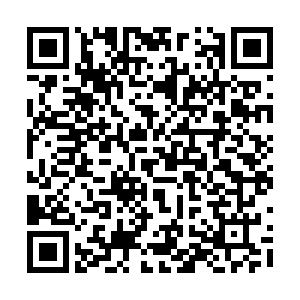 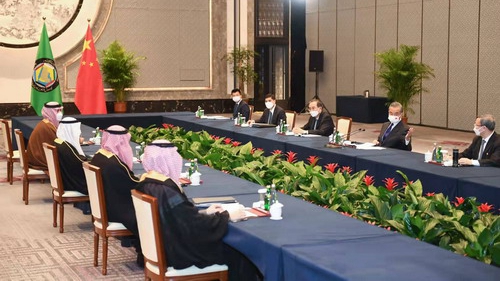 Editor's note: Guy Burton is an adjunct professor at Vesalius College, Brussels. The article reflects the author's opinions and not necessarily those of CGTN.

Last weekend, China's Foreign Minister Wang Yi capped off a week of visits by foreign ministers from the Middle East to Beijing by pointing out the absence of a "power vacuum" in the Middle East, which made it unnecessary for any outside power to seek a dominant role there.

Wang's words were important, given the anniversary of the Gulf War two days after. January 17 marked the date that a U.S.-led coalition began operations to end the Iraqi occupation of its neighbor, Kuwait.

The war came at the dawn of the post-Cold War era. It marked the end of the bipolar rivalry between the American and Soviet superpowers and the start of a period of sole American hegemony.

That American power was felt during the 1990s in the form of containment against the Saddam Hussein government. Although some in the U.S. had wanted to push on to Baghdad and topple Saddam during the 1991 war, then George H.W. Bush administration held back; the coalition lacked a UN mandate to go beyond forcing Iraq out of Kuwait.

Since then, the Middle East has undergone convulsion, both from within and from outside.

Externally, a key moment was in 2003. Then President George W. Bush wanted to finish the job his father had begun. But while Saddam was easily removed, the U.S. failed to anticipate the subsequent chaos.

The resulting insurgency was significant in exposing American limitations. While it was certainly able to inflict military defeat on its enemies, it was unable to establish peace or rebuild the country. America's failure was profound, damaging its status and credibility as a self-proclaimed security provider in the region.

Successive American presidents since, from Barack Obama to Donald Trump to Joe Biden, have all expressed their wish to downgrade America's military presence in the Middle East. Despite this, none of them have so far succeeded. A reason for this is that to do so would further undermine perceptions of American power.

American military failure in Iraq was subsequently compounded by the global financial crisis from 2008 to 2009. The credit crunch had a knock-on effect on American and other countries' public finances, reducing their ability to spend at home and abroad. Among those countries affected by American retrenchment were those in the Middle East, several of which were important allies and partners. 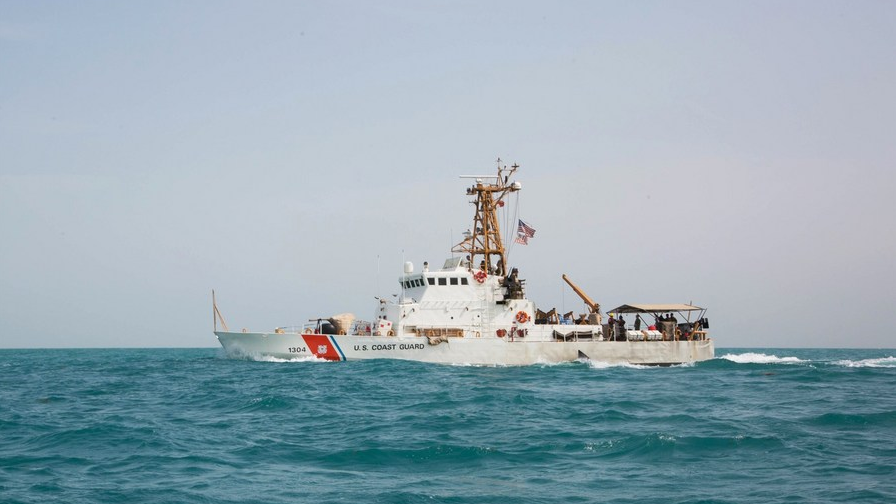 The financial crisis also played into an already worsening economic and fiscal situation in the Middle East and contributed to regional upheaval in 2011. At root was widespread frustration in the societies across the Middle East with states' inabilities to provide them with sufficient public services and worthwhile economic opportunities over decades.

The changes taking place inside countries in the Middle East has also coincided with greater agency on the part of regional state powers. Saudi Arabia, United Arab Emirates, Iran, Qatar and Turkey have all sought to enhance their influence on the region, engaging in indirect and proxy rivalries with each other as a result.

These various developments have coincided and arguably contributed toward China's own growing engagement with the Middle East. Chinese interests have risen across the Middle East in recent decades, in some cases becoming wide-ranging and deep. In the Gulf especially, economic exchange flows both ways, to include capital and investment in a wide range of economic sectors, including the value-added and high-tech ones. Such ties have resulted in the establishment of comprehensive strategic partnerships between China and countries like Saudi Arabia, UAE, Egypt and Iran.

At the same time, Beijing has been keen to stress the importance of non-interference in its relationships with regional partners, a long-standing principle of Chinese foreign policy.

At another level, the stated intention to avoid entanglements may also be pragmatic. At one level, it may indicate a wish to avoid the problems that the U.S. has faced as a result of its previous policy choices, especially in Iraq. But at another, it is an acknowledgement of the tensions that do exist in the region, including between several Gulf monarchies and Iran.

Similarly, the causes and course of the Arab uprisings may have also played a part in Chinese thinking toward the Middle East. Of particular note may be the notion of "peace through development," which has been summarized and urged by Chinese observers like Sun Degang, a Middle East affairs specialist at Fudan University, and China's former Middle East envoy, Wu Sike.

For Sun and Wu, China's current forms of relations with the region, in particular the predominance of exchange, makes it a useful partner to help regional states boost their economic growth and development – and in so doing, increases individual incomes, which may have an important role in reducing grievances and tensions in societies.

Sun sees the "peace through development" framework as offering a more viable alternative to conflict management and resolution than past American-led attempts such as its assertion of military strength or the imposition of democracy. Moreover, it has the added appeal of not requiring an outside power to play a dominant role, thereby leaving it to the region's states to pursue development – and to do so by accessing local and foreign capital and finance.

But while "peace through development" may offer a distinct Chinese approach, there are still aspects of it that remain uncertain. In particular is the question of whether the path will have a spillover effect, whereby an improvement in material conditions within states and societies can lead to similar outcomes between them as well. If that were to happen, then it would go a long way to resolve the rivalries that have built up and currently exist between states in the Middle East.