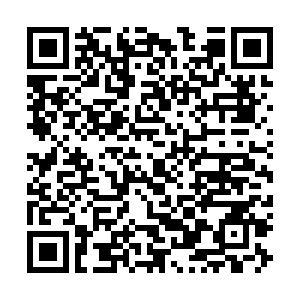 Chinese Premier Li Keqiang said in his telephone conversation with German Chancellor Olaf Scholz on Monday that the Chinese side is ready to work with the German side to push for a steady and long-term development of bilateral ties.

Congratulating Scholz once again on his inauguration as German chancellor, Li said China and Germany are both major economies and responsible countries in the world, as well as supporters of multilateralism and practitioners of free trade, adding that their cooperation not only benefits the two countries, but is also in the interests of China and Europe as well as those of the whole world.

China is ready to work with Germany to take the 50th anniversary of the establishment of diplomatic ties this year as an opportunity to further consolidate political mutual trust, step up dialogue and exchanges, and uphold two-way opening-up so as to better achieve mutually beneficial and win-win results, and push forward the steady and long-term development of China-Germany relations, Li said.

He also said that the practical cooperation between the two countries, which has been expanding in both depth and breadth, has been a "ballast stone" for bilateral relations and is bringing benefits to the people in both countries.

China is ready to hold a new round of China-Germany intergovernmental consultations at an early date and let the "super engine" of bilateral practical cooperation promote the upgrading of bilateral cooperation, Li said.

Calling the more than 2,000 Chinese companies in Germany and the more than 7,000 German firms in China as dynamic forces in bilateral cooperation, Li said the Chinese and German governments need to stay committed to creating a fair and non-discriminatory environment for these companies to invest and do business.

Li also said that he hoped the German side would treat Chinese firms with a more open mind, adding that the Chinese side is willing to work with Germany to continue to make good use of the "fast track" for personnel of the two countries to better facilitate personnel exchanges between the two sides on the basis of effective pandemic prevention and control.

Pointing out that China and Europe are two important forces on the world stage who share extensive common interests, Li urged the two sides to approach bilateral relations from a long-term and broader perspective, uphold dialogue and cooperation as the dominant aspect, respect each other and treat each other as equals, and promote the steady and sound development of China-Europe relations.

He also said that Germany is an important member of the European Union (EU), adding that China hopes that Germany will continue to play a positive role in promoting China-EU cooperation and relations.

For his part, Scholz said Germany attaches great importance to Germany-China relations and adheres to the one-China policy, expressing the hope to take the 50th anniversary of diplomatic ties between Germany and China as an opportunity to promote the further development of bilateral relations.

Germany, he said, is ready to work with China to make good preparations for a new round of consultations between the two governments, further deepen cooperation on economy and trade, climate change and pandemic prevention and control, and make full use of the "fast track" for personnel exchanges.

He also said that Germany has been and will always be committed to promoting the healthy development of EU-China relations, adding he hopes that the EU-China investment treaty can come into effect at an early date.

The two leaders also exchanged views on strengthening China-Germany cooperation in multilateral dimensions as well as on international and regional issues of common concern.