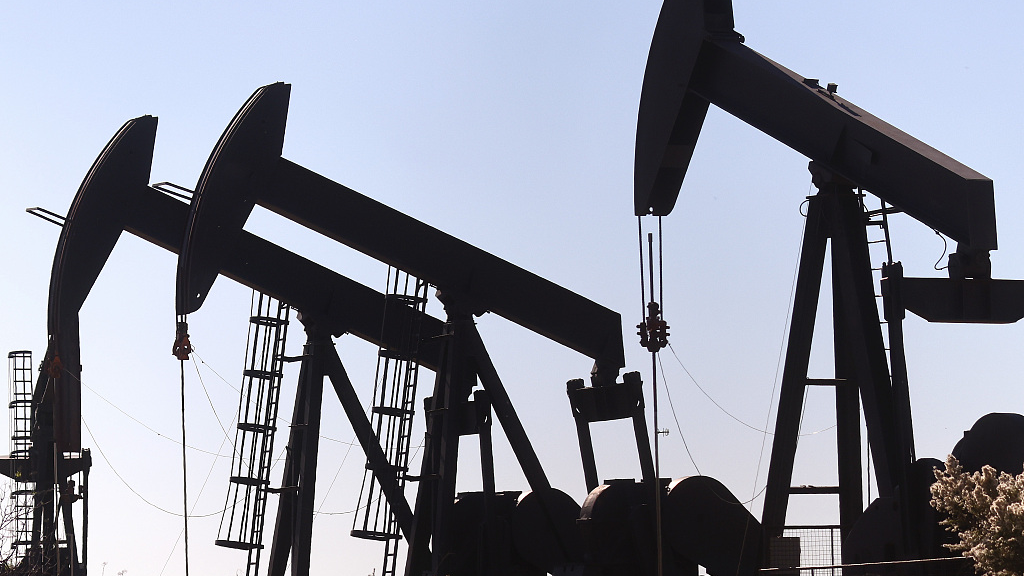 Crude oil hit a more than seven-year high Tuesday on optimism the global recovery will ramp up demand, but concerns about the end of long-running central bank support and rising Treasury yields saw most equity markets reverse early gains.

After an almost uninterrupted rally from the early days of the pandemic, world markets are showing signs of leveling out as global finance chiefs shift from economy-boosting largesse to measures aimed at reining in inflation.

Still, there is an expectation that equities will enjoy further gains this year as countries reopen and people grow more confident about travel, especially as studies suggest the more prevalent Omicron coronavirus variant appears to be milder and as vaccines are rolled out.

Analysts are also watching the corporate earnings season that is under way, with hopes that firms can match their stellar performances last year.

There were gains in Shanghai on hopes for fresh economy-boosting measures, while Wellington and Manila also edged up.

But oil built on its early promise with Brent climbing to $88.13 a barrel and West Texas Intermediate hitting $85.74, both levels not seen since October 2014.

The gains came thanks to demand optimism as the world reopens and concerns about Omicron ease. The loosening of travel restrictions in several countries has seen jet fuel costs soar.

Hopes for more monetary easing by China to support its economy were also seen as a key support for the oil market.

Another factor in the latest bump was the claim of an attack by Yemen's Houthi rebels in Abu Dhabi that triggered a fuel tank blast killing three people Monday, with the group warning civilians and foreign firms in the United Arab Emirates to avoid "vital installations."

The news fueled concerns about supplies from the crude-rich region.

"Reports of damage to fuel trucks and storage will concern oil market watchers, who are also keeping a close eye on the trajectory of ongoing nuclear talks between the U.S. and Iran," he added.

"With negotiators running out of time, the risk of a deterioration in the region's security climate is rising."

Meanwhile, OANDA's Craig Erlam said trouble among OPEC and other key producers to meet targets to lift output by 400,000 barrels a month was adding to upward pressure.

"The evidence suggests it's not that straightforward and the group is missing the targets by a large margin after a period of underinvestment and outages," he said in a note.

"That should continue to be supportive for oil and increase talk of triple-figure prices."

Goldman Sachs has forecast the rally in oil prices to continue, with the Wall Street titan saying it could break $100 next year for the first time since July 2014.