Download
Why has the U.S. been fighting for 228 of the last 245 years?
CGTN Insight 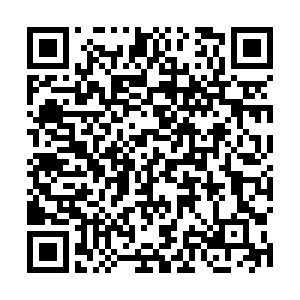 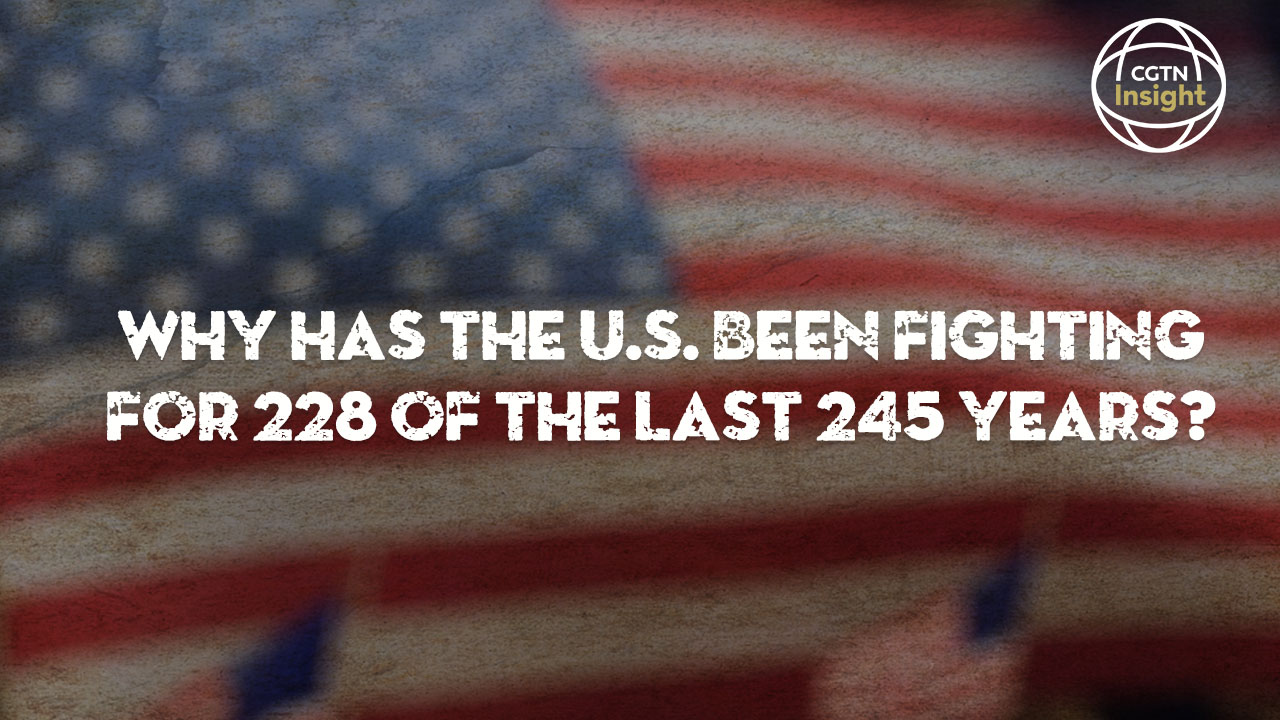 The United States has always regarded itself as an exceptional nation – and an example for others to follow.

Most Americans think of their country as a beacon of goodness admired around the world. Former President Ronald Reagan once described the U.S. as a "shining city on a hill," "teeming with people of all kinds, living in harmony and peace."

But the truth is, most Americans won't see themselves the way others do. Where Americans see "life, liberty and the pursuit of happiness," others see a nation that has fought for unfair interests and unjustified values.

Americans have forgotten or are unaware of the people who suffered in helping to build the U.S. into a global power.

And they don't realize that their country has almost always been at war.

At any given time, most Americans couldn't identify the countries where U.S. troops are fighting on a map – let alone explain why they are engaged in conflict.

An estimated 10 million native people were living on the continent when the settlers arrived. By 1900, the estimated indigenous population was less than 300,000.

In an almost unbroken stream of wars and fighting, the U.S. expanded from 13 colonies to 50 states.

The U.S. has also annexed or conquered five territories. It has military bases in about 80 foreign countries and territories. Since 1776, the U.S. has been at peace for just one out of every 20 years.

Why is the U.S. always fighting?

Politicians, over time, have offered various justifications. For example, the original colonists thought God had granted them a new Promised Land.

However, the American Revolution was fueled by commercial interests, and the violent westward expansion was driven by a sense of purpose dubbed "manifest destiny."

Many U.S. wars in the last century were justified as protecting democracy from fascism or communism.

Sometimes the justification was politics and money, or politics, money, and religion.

The justifications have changed over time. But if you look between the lines, the real reasons are always the same.

From the beginning, the U.S. went to war for two things.

First, to defend or expand its territory. Second, to do business without constraint – often shortened to "freedom."

War is good for business, and war is good business, especially for the U.S. of the past century.

Look at the acrimony between the U.S., Australia and France over a submarine deal.

Some French analysts are saying NATO may never be the same – all because of a $60 billion submarine deal gone bad.

Former President George W. Bush said the Iraq War was about weapons of mass destruction. It turned out to be a big lie. So, why did the U.S. invade?

"Of course, it's about oil. It's very much about oil, and we can't really deny that," John Abizaid, CENTCOM commander from 2003 to 2007, said in an interview.

It's no secret that war has always been about money and the power it represents.

By the 1950s, the ties between industry and the military had become so strong that then-President Eisenhower, a World War II hero, had warned the public.

He warned of an out-of-control war machine that always needs an enemy to stay profitable.

"We must guard against the acquisition of unwarranted influence, whether sought or unsought, by the military-industrial complex. The potential for the disastrous rise of misplaced power exists and will persist," he said.

The U.S. loves to talk peace. But all it knows is war.

Can the U.S. change its ways? History suggests not.

But the allies of the United States, new and old, should hope against hope that Washington has learned something from its disasters in Afghanistan, Iraq, Syria and Vietnam and will not drag the world into another costly, pointless and unwinnable fight.

The 78 million Americans born after 2001 have never lived in a United States that has been at peace.

After fighting for 228 of the last 245 years, maybe it's time for U.S. soldiers to put down their guns for at least a few years.