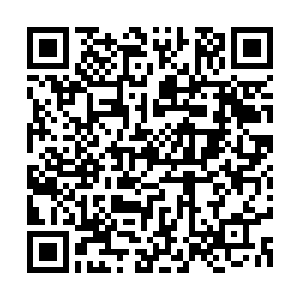 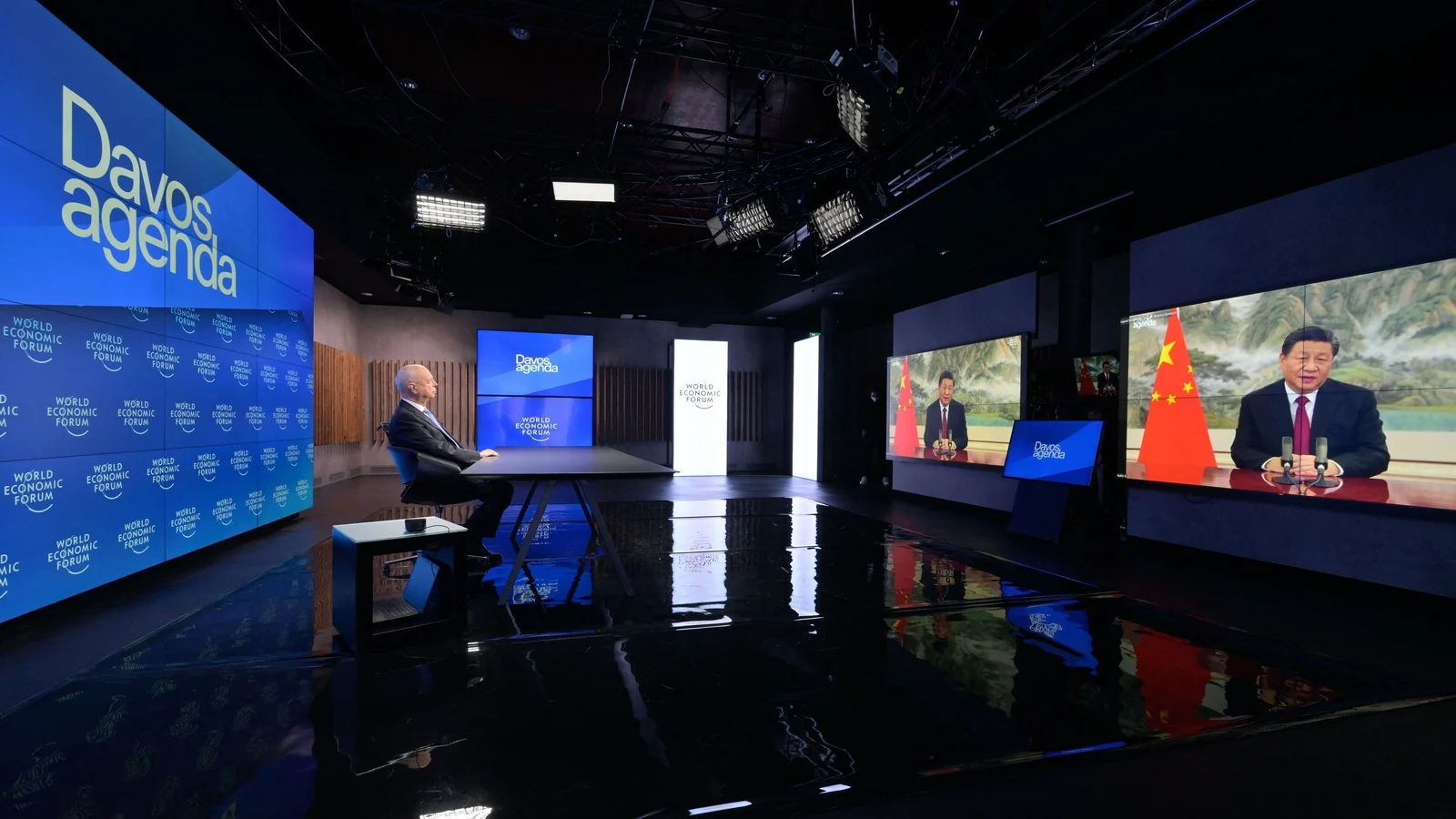 Founder and Executive Chairman of the World Economic Forum (WEF) Klaus Schwab (L) listens to Chinese President Xi Jinping, seen on the TV screen (R), speaking via video link, at the opening of the WEF Davos Agenda virtual sessions at the WEF's headquarters in Cologny near Geneva, Switzerland, January 17, 2022. /Getty

Founder and Executive Chairman of the World Economic Forum (WEF) Klaus Schwab (L) listens to Chinese President Xi Jinping, seen on the TV screen (R), speaking via video link, at the opening of the WEF Davos Agenda virtual sessions at the WEF's headquarters in Cologny near Geneva, Switzerland, January 17, 2022. /Getty

The World Economic Forum 2022, also known as the Davos Agenda, brought together some of the world's most prominent heads of state and CEOs to chart out strategies and address critical challenges facing the global economy. This year, Chinese President Xi Jinping spoke about eschewing "Cold War mentality" for a more peaceful global order by ameliorating inequities, reducing military tensions and building trust within the comity of nations. The truth is that the international community requires holistic, practical and swift solutions to rescue the flailing global economy and a message of collective will is needed in 2022 and beyond.

For this to materialize, the drivers of Cold War binaries need to be addressed head on and President Xi's message to the global village at the summit focused on addressing bellicose rhetoric promoting divisions and preventing prejudices from acting as spoilers toward peaceful development. The comments carry historical merit with the existence of incontrovertible evidence of China spearheading the cause of globalization and calling for de-escalation to promote global peace and security.

Note, however, that the subsequent years also fit into the quintessential definitions of hegemonic designs pursued by the United States, which were marked by its unilateralism in the form of pernicious sanctions, tariffs on sovereign states and military adventurism in geographical locations slated to become regional connectivity hubs such as the Asia Pacific.

In contrast, China has repeatedly shelved Cold War binaries by solidifying apolitical alliances, including the Regional Comprehensive Economic Partnership, aimed at eliminating 90 percent of global tariffs and constituting 30 percent of global GDP as an epitome of global cooperation in the pandemic era as mentioned by President Xi.

Note further that such measures eschewed great power politics encapsulated in toxic military alliances such as AUKUS and the QUAD, which happened to be recurring themes throughout 2021, hinting at Cold War binaries.

Additionally, China's increasing emphasis on the Belt and Road Initiative (BRI), which can alleviate socioeconomic challenges of some of the worst affected countries in the world such as Afghanistan, stands in stark contrast to U.S. policies stifling financial assistance to the Middle East country, which has not realized prosperity over 20 years of war. 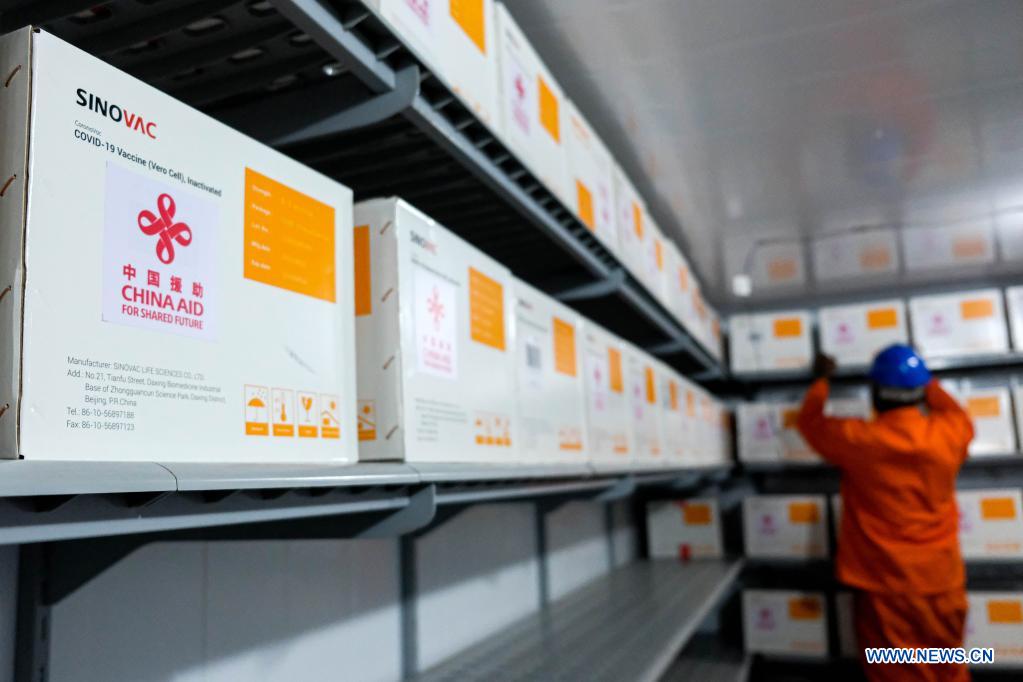 The message of toning down war mongering and bigotry has become even more relevant as vaccine inequities haunt the globe, strangulate the global economy and compromise inclusive growth. Unilateralism and protectionism are two drivers of such lingering inequities and the truth is that developing countries continue to be at the receiving end of limited access to vaccines, which require coordinated responses by the international community.

Regional blocs, which China has long sought to promote, can ensure that unfettered access to vaccines to all segments of the society can materialize, given that COVID-19 has a direct impact on economic prosperity. Revival of the global economy also hinges on sharing best practices, scientific information, investments in healthcare sectors and equal distribution of resources in the absence of crass corporatization in a multilateral setting. In 2021, President Xi spoke about letting the torch of multilateralism light up humanity's way forward and that message continues in dealing with the pandemic and reviving sovereign economies. Equally, the presence of crass populism, unilateral orientations or indifference to the plight of diverse communities across the globe are impediments that need to be addressed.

Rebuilding, reviving and bridging the development divide alongside embracing trust and social cohesion in the international community to ameliorate socioeconomic woes is the key to a prosperous future for all. It is high time to push back against subversive tactics and shelve Cold War designs. That is President Xi Jinping's message at Davos 2022 and here lies the key to a bright future.