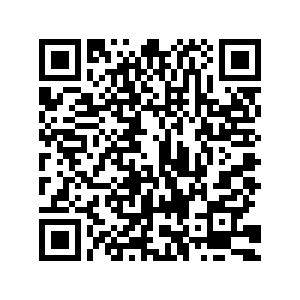 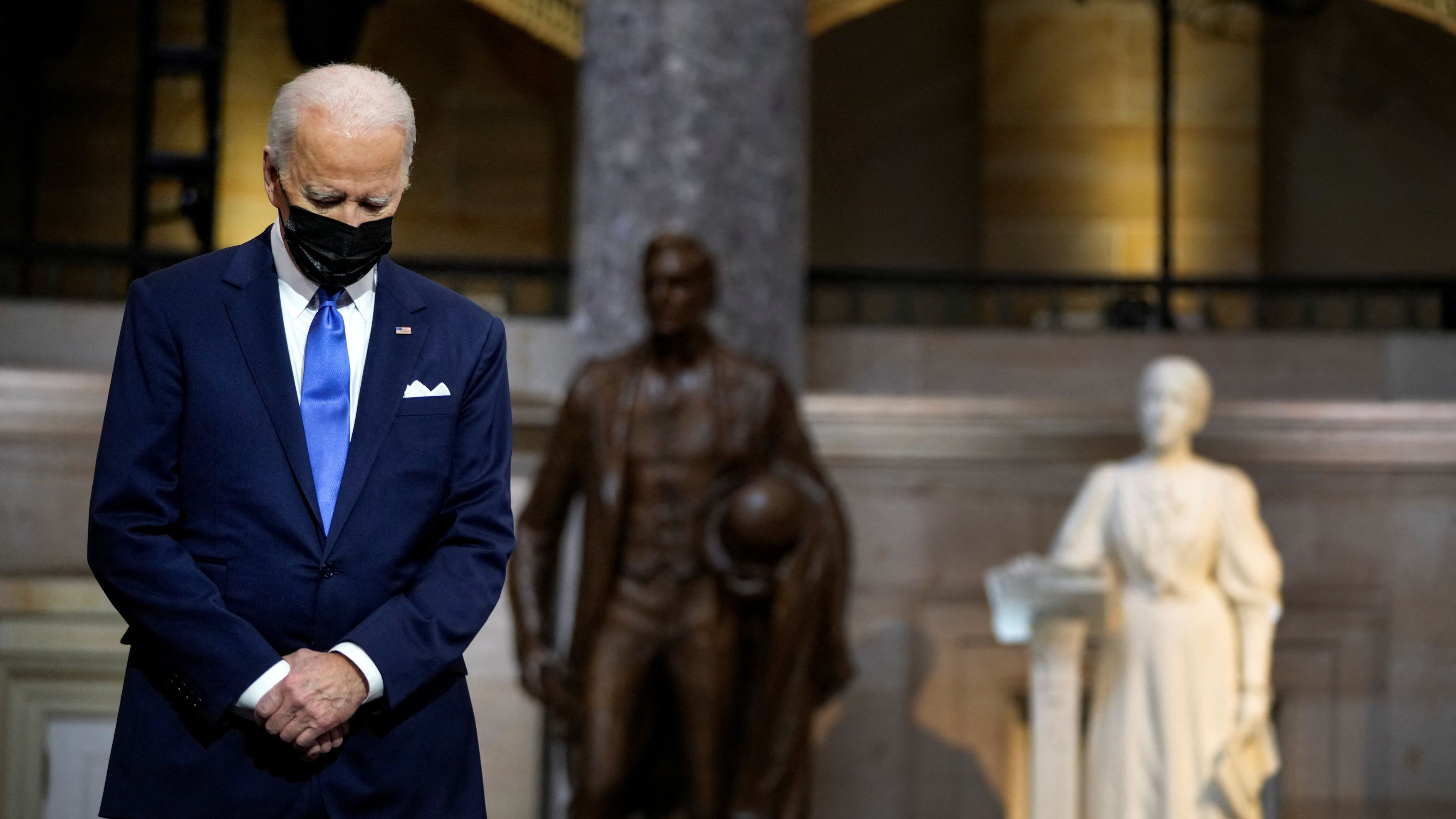 Editor's note: Joel Wendland-Liu is an associate professor at the Integrative, Religious and Intercultural Studies Department of Grand Valley State University in the U.S. The article reflects the author's opinions and not necessarily the views of CGTN.

The U.S. Department of Health and Human Services in January announced that it would no longer require hospitals to report daily COVID-19 deaths. Furthermore, a Centers for Disease Control and Prevention order reduced the quarantine period for people who test positive for the coronavirus from 10 days to only five. That order has been widely regarded as a way to pressure people to go back to work to ensure the smooth functioning of the U.S. economy, which faces shortages and supply chain gridlock.

As the number of COVID-19 infections skyrocketed, Chicago Public Schools in January forced the teachers to return to in-person classes, which triggered a public fight between the school leaders and the teachers' union. Instead of making the health and well-being of students, teachers and other staff the top priority or fighting for a zero-COVID-19 policy, the school system's administrators and the city government, like many other employers, demanded obedience first.

Upon entering office, Biden signaled a resolve to fight the pandemic with a mandate to vaccinate workers at companies with at least 100 employees. However, this mandate was recently struck down by the Supreme Court, which includes Neil Gorsuch, who refuses to wear a mask during in-person proceedings and appears to believe much misinformation about the virus.

Since those early days, the White House has backed away from serious efforts to battle the pandemic. Resources for testing, personal protection equipment and contact tracing remain distressingly inadequate. 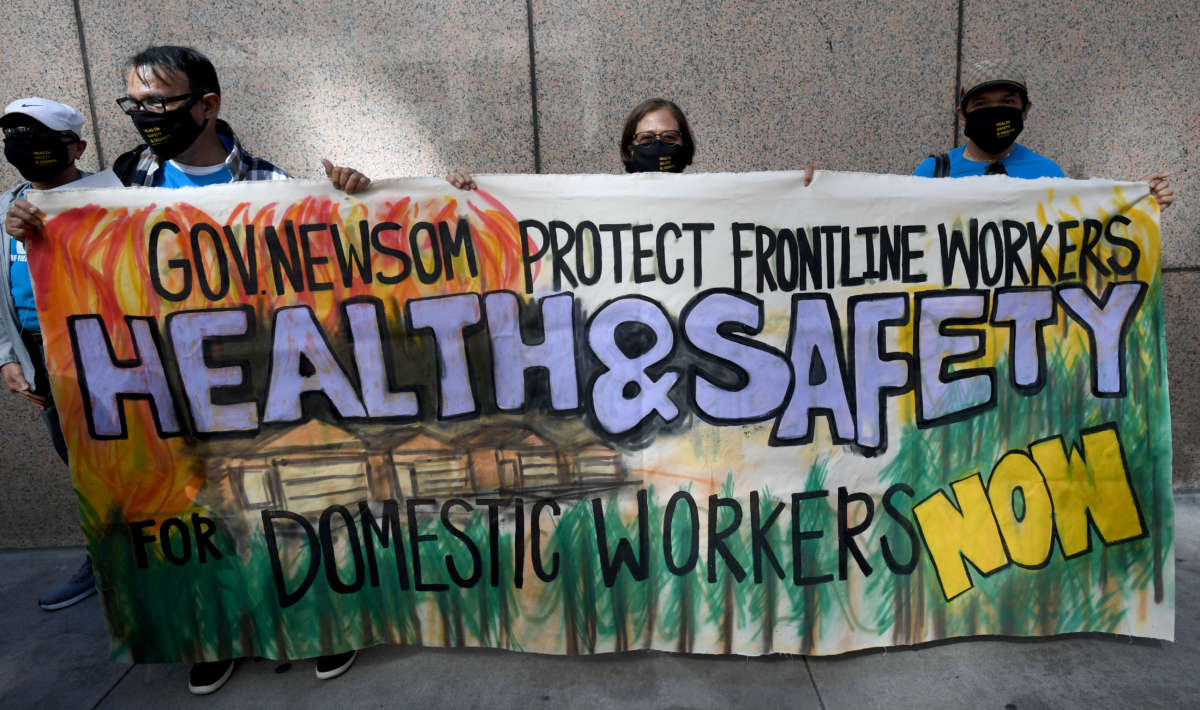 Members of the California Domestic Workers Coalition held a protest to honor frontline workers and amplify their demand for health and safety protections in their workplace in Los Angeles, May 26, 2021. /Getty

Members of the California Domestic Workers Coalition held a protest to honor frontline workers and amplify their demand for health and safety protections in their workplace in Los Angeles, May 26, 2021. /Getty

Media reports on debates within the Biden administration reveal that the White House has shifted its policy from fighting the pandemic to finding ways to convince Americans to "live with it." Part of this shift is an acquiescence to the Donald Trump-led view of the pandemic as a "hoax" and partially results from a general incapacity to solve the problem using necessary public health measures.

Many Americans believe the U.S. government has simply given up on fighting the pandemic, putting millions at risk of suffering and death. While some commentators insist the problem lies in ineffective messaging about the pandemic, the real issue lies in the U.S. government's institutional incapacity. Rooted in a culture that prioritizes hyper-individualized freedom and corporate profits over social well-being, values the possession of consumer goods over public health, and personal choices over shared prosperity and responsibility, U.S. social institutions are woefully unable to serve the needs of the people.

The outcome has been deadly. The Johns Hopkins University Coronavirus Resource Center on January 18 reports that 67 million Americans have been infected, and over 854,000 have died since 2020.

The Biden administration appears unable to resolve this increasingly generalized crisis. Biden has also been unable to direct his own party, which controls both houses of Congress, to pass most of his legislative agenda. The "Build Back Better" economic package – widely regarded as vital to improving the condition of the U.S. working class – stalled when Joe Manchin, an ambitious Democratic Senator with close ties to powerful corporate lobbies, refused to sideline arcane Senate rules to allow a simple majority to pass the bill. Momentum on passage of the popular "Freedom to Vote" bill, which would eliminate undemocratic voting restrictions enacted by Republican Party-controlled state legislatures, has ground to a halt for similar reasons.

Some political analysts believe that Arizona Democratic Senator Kyrsten Sinema is using the bureaucratic procedure to weaken Biden's chances for reelection and boost her own political ambitions in 2024. Certainly, Republican resistance to improving the economic well-being, public health and democratic process for American workers is well documented.

With such a terrible response to the pandemic and a stalled political agenda, Biden's approval ratings sank to the lowest levels of his presidency at 33 percent last week. The longer his agenda is delayed, the more likely it is that it will face another roadblock: the 2022 congressional midterm elections. Without a meaningful shift in political fortunes, the Democrats can expect to lose control of the House and Senate, further entrenching the political gridlock in Washington and deepening the crisis.

Civil rights organizations led by African American and Latinx communities, which have the biggest stake in the voting rights legislation, continue to fight for the passage of voting protections. But their voices have been drowned out by Washington power politics so far.