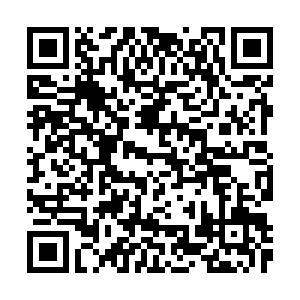 Editor's Note: Dr. Sun Taiyi is an assistant professor of political science at Christopher Newport University, U.S. He is also the executive editor of the Global Forum of Chinese Political Scientists' main publication Global China. As U.S. President Joe Biden's first year draws to a close, Sun argues that Biden's alliance strategy in the past year has created a buffer in the Sino-U.S. bilateral relationship. Sun says Biden administration's attempt to use collaborations within alliances to compete with China not only drained U.S. foreign policy resources but also significantly impacted the administration's autonomy in foreign policy making. He believes that disengaged competition between China and the U.S. could be the theme for their bilateral relations in 2022. The article reflects the author's views and not necessarily those of CGTN.

Before Joe Biden took office, some scholars and practitioners had hoped that a more rational and foreign-policy-savvy new president would significantly change the course of the Sino-U.S. relationship that suffered significantly under the Trump administration. One year after Biden was sworn in as the president of the U.S., such hope has proven to be wishful thinking. Multiple direct encounters between the two countries' officials, ranging from Anchorage, Alaska to Zurich, Switzerland, and the many phone calls between senior officials and the two presidents themselves did not completely resolve all of the bilateral problems. Yet, despite the occasional harsh rhetoric and the demands and warnings sent between the two countries, we did not see any major conflicts. Why? The answer, ironically, lies partly in Biden's alliance strategy. Such a strategy, originally intended for coordinated actions against China, inadvertently created a buffer in the Sino-U.S. bilateral relationship.

The evolution of Biden's alliance strategy

The Biden team had been pursuing a strategy involving allies around the world as early as the beginning of the 2020 presidential campaign. There were great hopes for reconciling relationships with partners in the European Union and NATO. However, unexpected incidents such as the completing of the Comprehensive Agreement on Investment (CAI) negotiation between China and the EU poured cold water on Biden's grand alliance strategy. The Biden team quickly adapted to the new reality and decided to adjust its approach. As Kurt Campbell, White House's Indo-Pacific policy coordinator, and Rush Doshi, director for China at the U.S. National Security Council, in a co-authored article for Foreign Affairs, acknowledged one week before Biden's inauguration, "rather than form a grand coalition focused on every issue, the United States should pursue bespoke or ad hoc bodies focused on individual problems."

The Biden administration, since coming to power, had adhered to this evolved adaptation of alliance strategy. While abandoning alliances and platforms such as NATO and the "Summit for Democracy" is not politically viable for the Biden administration, the main focus has been on much smaller, issue-specific alliances and partnerships. Examples include multiple bilateral relations, AUKUS, the QUAD, the Five Eyes, G7, among others. Different subject-based coalitions would be prioritized under different scenarios for specific purposes.

The cost of the issue-specific alliance approach

However, the Biden team only assessed the benefits of such an approach but probably overlooked the side effects. Dealing with more coalitions under different arrangements using various mechanisms is time-consuming and often redundant. Understandably, Biden wants to make it clear that his administration is fundamentally different from his predecessor's when dealing with allies. In practice, every time the Biden administration meets with their counterparts from China or Russia, they would communicate with several allies, often having to send the same delegation to those partnering countries before or after their interactions with China and Russia. We have seen the Biden team trying to make the case when directly interacting with China and Russia that its position represents the larger "us" (including those U.S. allies), not merely Washington. Its symbolic value is sound, but operationally, it not only drained U.S. foreign policy resources but also significantly impacted the Biden administration's autonomy in foreign policy making.

There are direct consequences to such an approach. We have seen the diplomatic incident of U.S. Secretary of State Antony Blinken on a flight from Ireland to Israel trying to join the ASEAN virtual ministerial summit but making the foreign ministers of Southeast Asian countries wait for more than an hour. If not having to symbolically make trips between allies and partners, even if Blinken chose not to attend in person, finding a secured room with steady internet should not be too difficult for the fourth person in line for the U.S. presidency. If the communication time with countries in strategically important regions can be squeezed, it is not difficult to imagine that adequate time for foreign policy formulation and implementation would be compressed, too. What's worth noting is that around the same time, the foreign ministers of Southeast Asian countries were invited to attend a summit in Chongqing, China. China not only rolled out the red carpet, but its Foreign Minister Wang Yi also had effective in-person meetings with his counterparts. One cannot help but compare the attitudes of China and the U.S. in handling these two summits.

Biden's approach to alliances also created the typical prisoners' dilemma situations. Even though these smaller alliances are often focused and issue-specific, the rights and responsibilities of each member under the umbrella are often unclear. As a result, each member would maximize its utility when not cooperating while others are contributing and shouldering the costs – even though the utilities would be maximized for the collective when everyone chooses to cooperate. In the short run, the U.S. could continue to foot the bills or even involve some of the rich partners to shoulder some costs, but that does not change the fact that what's binding the alliances is still self-interests rather than shared values.

The Biden administration demonstrated this point clearly when insisting on withdrawing from Afghanistan, leaving other NATO allies in the country with no choice but to pull out since they lacked logistical support without the U.S. presence. More recently, as Russian troops amass near the Ukraine border partly due to decades of U.S.-led NATO expansion, there is also no sign of any direct military help from the U.S. besides sending a few cyber defense experts and a promise of unprecedented sanctions – the Biden administration obviously wants to be rid of the Ukrainian situation so that it could focus on the Indo-Pacific and domestic issues. Such a stance likely made U.S. allies wary about how much responsibility the U.S. actually could shoulder. These all happened in addition to the surprise AUKUS announcement that angered France, a NATO ally.

The Biden administration had every intention to use collaborations within alliances to compete with, if not confront, China. However, the U.S. will not only need more time to work out the details with allies but it has also been forced to spend a significant amount of energy and resource interacting with allies, creating new expectations and demands from partners while risking its strategic credibility. These new developments have inadvertently reduced the Biden administration's capacity to target China directly in a meaningful way.

During the Trump era, the U.S. would launch anti-China measures directly without having to consult with allies. Under Biden, the U.S. is no longer doing it alone but has to spend time and energy to coordinate with partners and sometimes even hoping the partners would shoulder more burden when competing with or confronting China. Yet, many U.S. allies only expect the U.S. to provide more security-related support but have strong economic ties with China. As a result, the coordination between the U.S. and its allies is often short of delivering what the U.S. wants. Nevertheless, if the U.S. is not unilaterally initiating anti-China measures, such "disengagement" may lead to more room for maneuvering, which could reduce its direct pressure on China in the short term.

For the U.S., grand coalitions are like shoes that don't fit. However, when trying out issue-specific smaller alliances, even though the size could be right, the function may not – it's like wearing sandals to participate in a marathon – they could wear you down. The Biden administration has been worn down by its alliance strategy and is not in a good position to compete with or confront China.

China's foreign strategy is very different from that of the U.S. China is not actively maintaining any formal alliances. The comprehensive strategic partnership of coordination between China and Russia, for example, does not require either party to consult with the other when making important foreign policy decisions, leaving autonomy in their own hands. Thus, neither of them would feel betrayed, as France did after the announcement of AUKUS. China has also joined trade blocs such as RCEP that are non-ideology driven, mutually beneficial and less stringent than the many U.S.-proposed plans. Such an approach would lead to fewer maintenance costs and be more sustainable. In comparison, the Biden administration is still planning to continue with its alliance strategy with the introduction of the comprehensive Indo-Pacific economic framework, which is likely to be vague and lacks significant resources to back it up.

"Engagement" used to be a positive word in Sino-U.S. relations. However, when the relationship is at best going to be "managed competition" and at worst "confrontation," more engagement could also mean more friction. With major political events happening in both countries in 2022, there is also less reason for either side to back down and be willing to compromise significantly. The U.S. is especially poised to contain China on various high-tech-related developments, including semiconductors, 5G, quantum computing, robotics, human sciences, space, etc. However, what we have seen during the first year of the Biden administration is that its alliance strategy inadvertently created a buffer zone that not only drained U.S. energy and resources but also prevented the competition from turning into direct bilateral frictions. China and the U.S. have also utilized multilateral platforms such as COP26 to tackle global issues. This trend could continue on other global issues such as denuclearization and strategic stability. Disengaged competition between China and the U.S. could be the theme for their bilateral relations in 2022, while the void created by disengagement could be filled by allies who have diverse interests, wish to maintain good relations with both parties, and can offer multilateral platforms that involve China and the U.S. to collectively tackle global challenges together.