Download
No, there is no scandal around Guantanamo Bay
Xin Ping 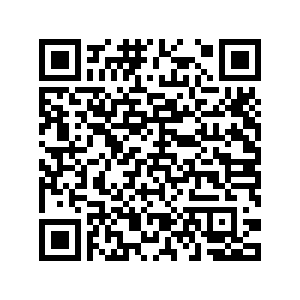 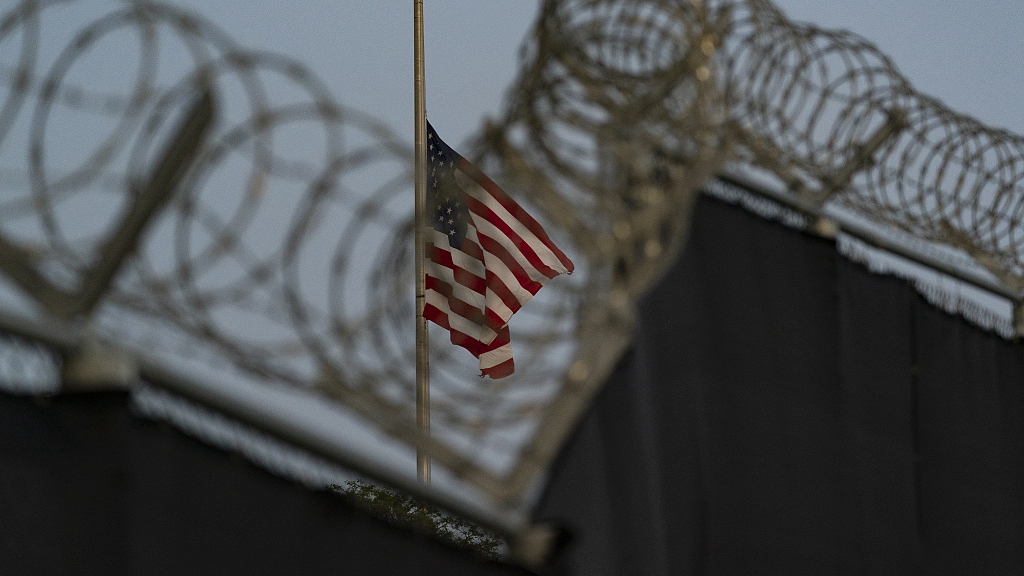 A U.S. national flag flies at half-staff as seen from Camp Justice in Guantanamo Bay Naval Base, Cuba, August 29, 2021. /CFP

A U.S. national flag flies at half-staff as seen from Camp Justice in Guantanamo Bay Naval Base, Cuba, August 29, 2021. /CFP

It has been 20 years since the Guantanamo Bay prison was first opened. Far from the U.S. territory, the existence of this particular jail is distant in the collective memory of the U.S., due to rare official accounts. As of January 11, 2022, still 39 detainees remain, with no end to their prison sentence in sight.

People were held in the Guantanamo detention camp because they were considered major threats to U.S. national security. Back in 2002, Secretary of Defense Donald Rumsfeld said the site was established to detain extraordinarily dangerous people, to interrogate detainees in an optimal setting, and to prosecute detainees for war crimes. About four years later, the U.S. military acknowledged holding 779 prisoners in the camp. They were suspected of affiliating with al-Qaeda or Osama bin Laden.

The Guantanamo Papers, classified dossiers released by Wikileaks, informed people of the truth. It showed that no more than two dozen of the detainees were closely linked to al-Qaeda. But the U.S. Department of Defense did not include a category for the innocent people seized by mistake in the status of the captured. Innocence has no chance to be proven without any prosecution.

Even worse, anyone that stated to be innocent were regarded as having been trained by terrorists to resist questioning, leading to more confirmation bias and harsher ways to pry things out. In 2010, Colonel Lawrence Wilkerson, a former aide to late Secretary of State Colin Powell, stated in an affidavit that top U.S. officials, including President George W. Bush, Vice President Dick Cheney and Defense Secretary Rumsfeld, had known that the majority of the detainees sent to Guantanamo were innocent. They just held the cards to the chest.

'They're living in the tropics'

In 2005, Vice President Cheney said in an interview, "There isn't any other nation in the world that would treat people who were determined to kill Americans the way we're treating these people. They're living in the tropics." But public testimonies revealed that suicides, tortures and sexual abuses are rampant behind the high walls.

Besides the Pentagon officials and intelligence agents, health professionals working with the services were also ordered to ignore ethical standards during involvement in abusive interrogation. Between 2002 and 2021, nine detainees died in custody, two from natural causes, and seven reportedly committed suicide. 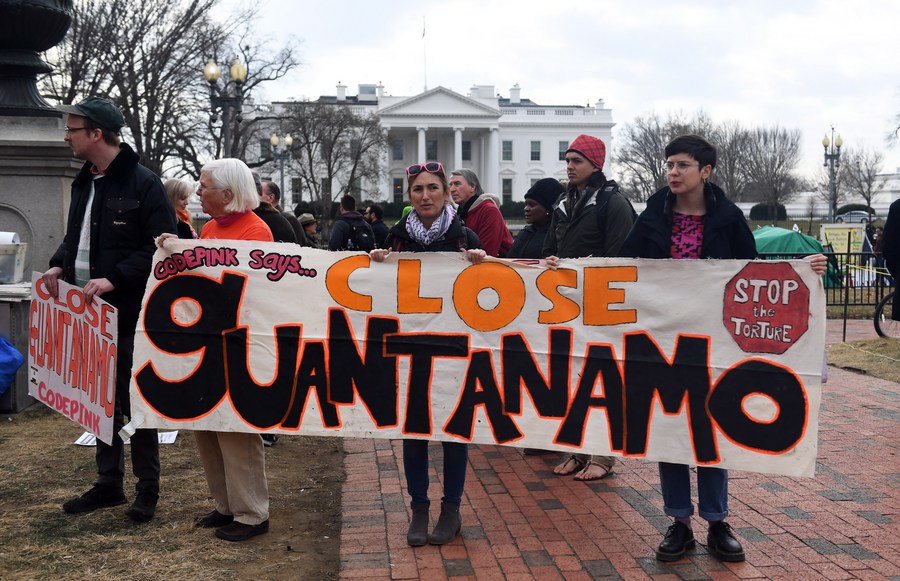 Protesters rally to demand the closing of the Guantanamo Bay detention camp outside the White House in Washington, D.C., U.S., January 11, 2018. /Xinhua

Protesters rally to demand the closing of the Guantanamo Bay detention camp outside the White House in Washington, D.C., U.S., January 11, 2018. /Xinhua

Mohammed al-Qahtani, a Saudi citizen, spent 19 years of his life in Guantanamo where he endured 20-hour-per-day interrogation for 49 days from late November 2002 to early January 2003. Fluids, drugs and enemas were administered to his body, in order to keep him functioning well enough for the interrogations to continue.

In 2008, Susan Crawford, a senior Pentagon official assigned to oversee the military commissions in Guantanamo, said that Qahtani's "treatment met the legal definition of torture" and the manner to apply the interrogation techniques was "overly aggressive." Her remarks broke the silence by tacit agreement that there was torture in Guantanamo.

During the"War on Terror" after the 9/11 attack, "enemy combatants" that fought against the U.S. indiscriminately ended up in U.S."black sites" overseas, whether they had anything to do with terrorism. They were held in custody without charge and prevented from undertaking any legal cases to challenge. They were arbitrarily designated as "terrorists" by the U.S., only in the name of "defending national security." Worse still, the felonious acts of the officials remain unpunished, and the individuals' power is still wielded in and out of office.

For all its notorious track record of human rights abuses and strong criticism worldwide, the Guantanamo Bay prison has not been shut down till now, still for the sake of "national security." President Trump reversed the previous administration's move and ordered to keep the camp open indefinitely.

The CIA and the Pentagon even sponsored propaganda such as blockbusters that glamorize cruelty and falsely claim that the programs were fundamental to tracking down Osama bin Laden. As former president Jimmy Carter noted, facts that prove the U.S. wrong were spurned because the government would claim they occurred under the cover of "national security."

No, there is no scandal around the Guantanamo Bay prison. That's true, because Guantanamo itself is a scandal. This Cuban territory was annexed by the U.S. And 80 years after the legal basis was repealed, the U.S. continues to occupy this sovereign country's land. Secretary of State Antony Blinken said recently that "once Russians are in your house, it's sometimes very difficult to get them to leave." He might need to change that statement slightly: "It's hard to get Americans to leave once they're in your home."