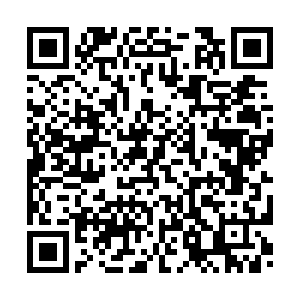 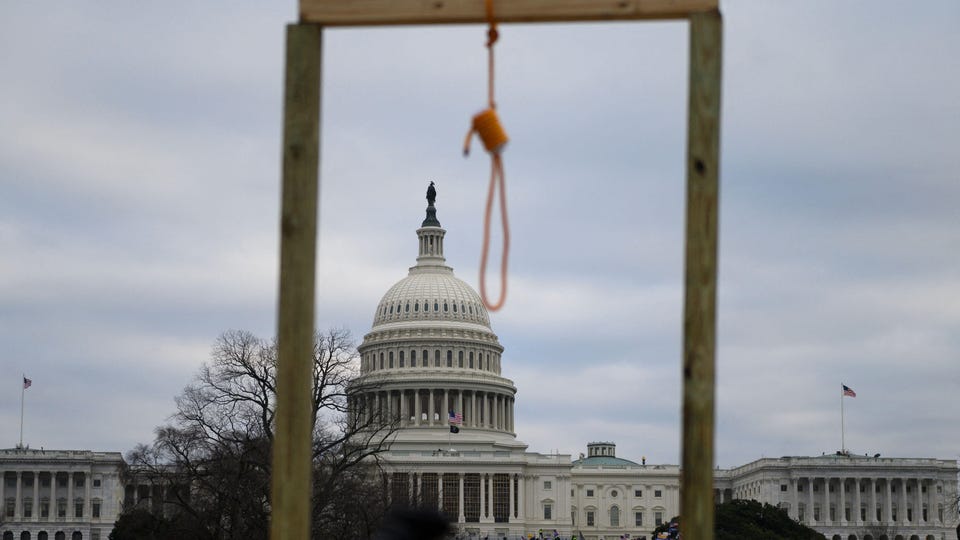 A noose is seen on makeshift gallows on the West side of the U.S. Capitol in Washington DC, January 6, 2021. /Getty

A noose is seen on makeshift gallows on the West side of the U.S. Capitol in Washington DC, January 6, 2021. /Getty

One year after the storming of the U.S. Capitol by supporters of Donald Trump, six out of 10 Americans believe the country's democracy is in danger of collapse, according to a poll released recently.

Seventy-six percent of those surveyed in the poll by Quinnipiac University said they think political instability in the United States is a bigger danger than foreign threats.

A majority of those polled, 58 percent, said they think "the nation's democracy is in danger of collapse," with 62 percent of Republicans, 57 percent of independents and 56 percent of Democrats sharing that view.

Fifty-three percent meanwhile said they expect political divisions in the country to worsen over their lifetime.

"Despite deep divisions on numerous issues, Americans agree across political lines that the nation is in peril," Forbes said about the poll's new findings.

As for the likelihood of another attack in the United States similar to the one that happened at the U.S. Capitol on January 6, 2021, 53 percent of those polled said it was "very" or "somewhat" likely, with 69 percent of Democrats and 36 percent of Republicans holding the same view.

A special committee of the House of Representatives is investigating the Capitol attack, with 61 percent of those surveyed saying they back the probe. A total of 83 percent of Democrats favor it and 60 percent of Republicans oppose it.

About 61 percent of respondents believed former President Donald Trump bears at least some responsibility for the Capitol attack, a similar result to an October 2021 Quinnipiac University survey, it said.

Besides, 59 percent polled said they would not like to see Trump run for president in 2024, similar to an October 19, 2021 survey. Meanwhile, in the new survey, 69 percent of Republicans said they want Trump to run again, a nine-percentage-point drop from October's 78 percent.

The poll also had bad news for President Joe Biden with just 33 percent of those surveyed saying they approved of the job he was doing, a three-percentage-point drop from the president's 36 percent approval rating in a Quinnipiac poll in November.

Fifty-three percent said they disapproved while 13 percent had no opinion according to the new survey.

The nationwide poll of 1,313 U.S. adults was conducted between January 7 and 10 and has a margin of error of plus or minus 2.7 percentage points, Quinnipiac said.