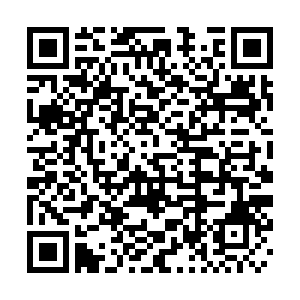 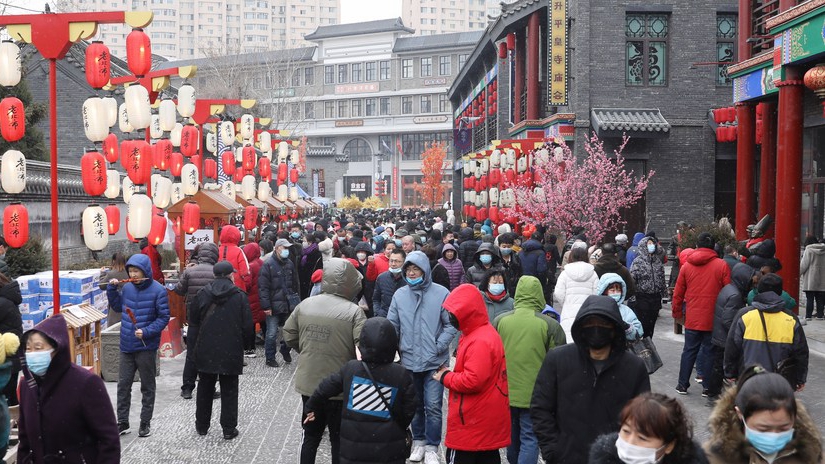 Editor's note: Chen Wei is a professor at the Center for Population and Development Studies, Renmin University of China. The article reflects the author's views and not necessarily those of CGTN.

The total fertility rate (number of births per woman) dropped from 1.77 in 2016 to 1.15 last year, making China one of the countries with the lowest fertility rate. While the results are alarming to many, they are not so surprising to demographers.

We need to understand population patterns and trends from a long-term perspective. Large drops in birth and fertility rates in the past five years (which are projected to continue in the next five years or so) are just a duplication of a similar decline recorded in the late 1990s and early 2000s.

Presently, the newborns are mainly the children of post-90s generation born 25 to 30 years ago. Since China experienced a sharp reduction in births and fertility in the 1990s, when post-90s become mothers, their children would be proportionately fewer. The number of reproductive women aged 15 to 49 declined at a rate of 8 million per year over 2016-2021. This is a major cause of the rapid reduction of births and fertility in the past five years. 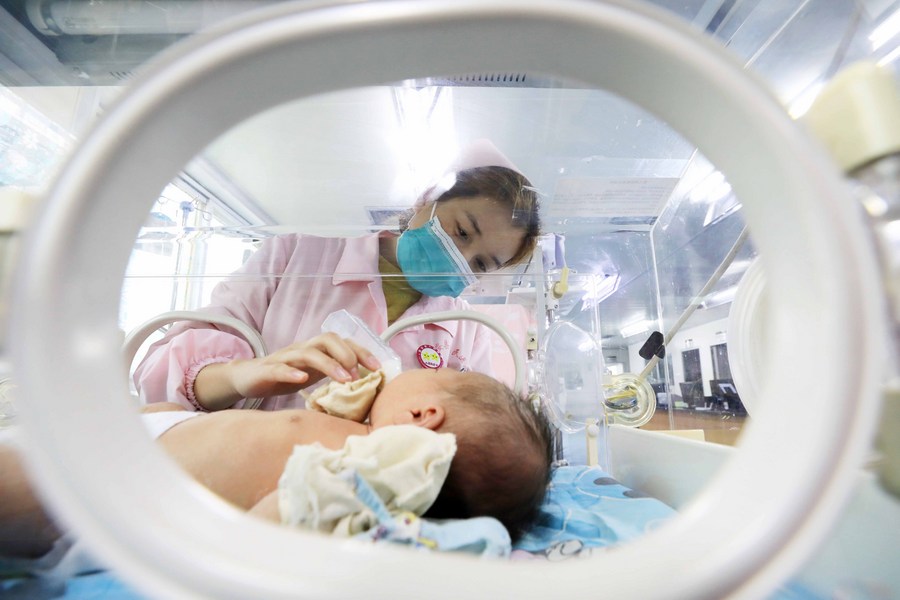 A nurse feeds a newborn at the neonatology department of the People's Hospital of Rong'an, south China's Guangxi Zhuang Autonomous Region, January 1, 2021. /Xinhua

A nurse feeds a newborn at the neonatology department of the People's Hospital of Rong'an, south China's Guangxi Zhuang Autonomous Region, January 1, 2021. /Xinhua

At the same time, aging of population is gaining pace. China had 14.2 percent of the population over 60 years old in 2021 compared to 13.5 percent in 2020. Aging population results in more deaths, further lowering population growth.

Marriage delays necessarily lead to birth delays in China. A national fertility survey in 2017 suggests that first marriage rate dropped from over 0.9 before 2012 to 0.6 in 2017, leading to very low-level first birth rate. The mean age at first marriage of Chinese women rose from 23.5 in 2006 to 26.5 in 2016, a much faster pace of increase than previous decades.

Compared to many European countries, Japan and South Korea, women in China are still getting married at a young age. A larger increase of marriage age in China is expected, which will further lower fertility in the next decade.

The social and economic changes determine fertility patterns and trends in China. China's per capita GDP has doubled over the past decade, now exceeding $12,500. More important is the expansion of higher education enrollment,the rate of which is over 50 percent, and females enjoy a larger proportion than males in all levels of higher education.

China had 64 percent of urban population by 2020, with an increase of 14 percentage points in the past decade. There is also an intensifying trend of migration to cities and provinces in east China. Parallel to these changes are the high costs of child rearing, including living, education and housing.

Finally, there is the impact of COVID-19 on fertility. Life and fertility planning have to change because of insecure job opportunities, declining income and inaccessible reproductive health services during COVID-19. A study in China shows that November and December 2020 saw a 30-percent reduction in births. The global impact of COVID-19 on fertility and population are yet to be further manifested in the years to come.