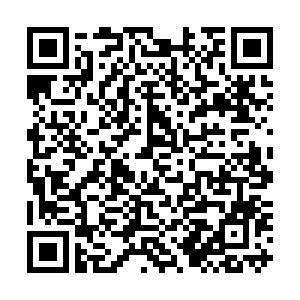 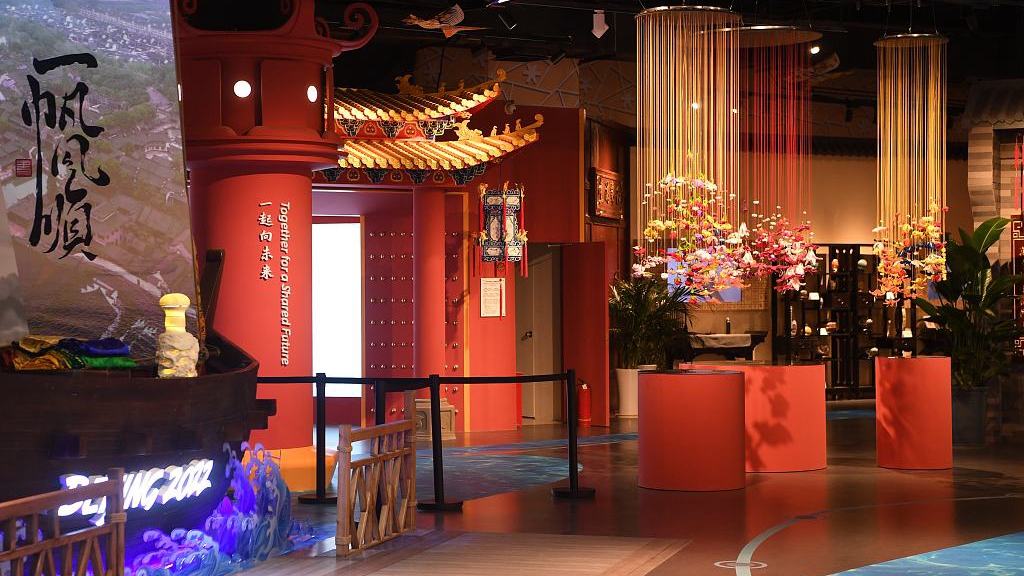 An exhibition featuring Chinese artworks has opened in the Beijing Winter Olympic Village to greet the fast-approaching Winter Olympics, offering a taste of traditional Chinese culture to athletes and officials from around the world.

More than 100 intangible cultural heritage artworks are on display under the themes of ice and snow, Chinese New Year and the Great Wall. A collection of handicrafts representing the unique culture of the Chinese capital are also exhibited, ranging from cloisonne manufacturing skills, carved lacquerware techniques, Beijing embroidery, and Beijing jade sculpture.

As the Winter Olympics coincide with Chinese New Year, festive customs have also been integrated into the exhibition.

"We hope it will add to the atmosphere of the Spring Festival to athletes from all over the world. We also expect to offer them a chance to experience Chinese culture and learn Chinese during the event," said Qu Songming, manager of the plaza area of the Olympic Village.

In the digital section, over a dozen visual works are on display on a 270-degree immersive screen, highlighting Chinese elements such as ink and wash painting, Peking Opera and traditional Chinese costumes.