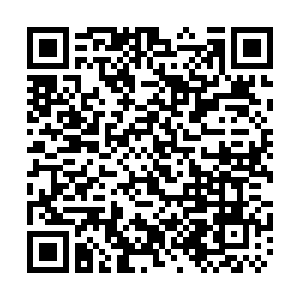 Chinese central banks cut some major lending rates this week, suggesting the policies have started turning toward a more pro-growth mode. Looking ahead, the pace of further stimulus is likely to be influenced by industrial production and the value of the Chinese yuan.

The People's Bank of China (PBOC) cut the one-year loan prime rate (LPR) by 10 basis points to 3.7 percent. And more importantly, it also cut the five-year rate, one of the key rates for long-term loans for mortgages, by 5 basis points to 4.6 percent. The LPRs are the lending rates provided by the PBOC, based on quotes submitted by 18 commercial banks, and serve as the key rates for bank loans.

In the near term, these easing measures will help to stabilize the domestic capital market when global stocks are facing heavy sell-off pressure. As of January 20, the S&P 500 has dipped nearly 5 percent since end of last year, while the Shanghai Composite Index only dropped around 2 percent in this period. The Chinese yuan remains largely stabilized after the PBOC cut a few key lending rates from its medium-term lending facility loans to LPR.

Earlier this week, PBOC Deputy Governor Liu Guoqiang said the bank will open its monetary policy tool box wider, maintain stable overall money supply and avoid a collapse in credit. Thus, we expect more rate cuts in coming months until the production levels further improve. Industrial production has shown moderate recovery in the past two months, but it's still well below the average levels in the last five years.

Factory production will be one of the key factors to influence the monetary policy this year. Before the LPR was introduced in August 2019, data shows that the benchmark interest rate had been moving in line with industrial production growth. The correlation between the two reached 0.62 in the period from 2009 to 2019.

Having that said, more monetary easing measures are likely to be introduced in coming months until production is further improved. China may set the growth target for 2022 between 5 and 6 percent. In order to reach this target, growth in industrial production may need to reach 4.8 percent this year; it has been below 5 percent since May last year.

After all, the current stimulus measures taken by the PBOC are still very different from the Fed's latest easing cycle, and it would have limited impact on the yuan this time. When the virus hit the U.S. in early 2020, the Fed quickly cut interest rates to near zero levels and almost doubled its balance sheet within a few months. Such aggressive measures could inflate the asset prices more than boost the real economy in the near term.

For the Chinese central bank, instead of immediately lowering the rates when manufacturing activities started slowing down last May, the PBOC adopted some moderate measures to support the economy, such as reserve requirement ratio cuts. In the final two months of 2021, economic data shows factory demand started picking up. Reducing the borrowing cost will be more effective to accelerate the growth activities as corporate borrowings are expected to rise in this period.

Moves in yuan in the coming months will be another key factor to influence the pace of easing. Even with the PBOC cutting some key lending rates recently, the yuan remains largely stabilized with no visible depreciation pressure shown. However, the Fed's hiking profile may offer the dollar some support in the remainder of the year and that may limit the room for monetary easing in China.

The hawkish Fed so far has failed to boost the value of the U.S. dollar in past months, and that is mainly because of the flattening U.S. government bond curve. Narrowing spread between short-end and long-end bond yield typically suggests the investors' sentiment on the economic outlook is turning more negative. However, history shows that the dollar tends to outperform in the Fed's early tightening cycle, and the Fed is widely expected to start raising rates in March.

For now, Chinese officials should be comfortable with some moderate declines in yuan. After it ranked No. 1 among all the major currencies in Asia, the yuan remains one of the top performers so far this year among regional peers.

Earlier this week, PBOC Deputy Governor Liu Guoqiang said "two-way fluctuation should be the yuan's norm, and the central bank would not allow one-way appreciation." Judging by the regression analysis based on the data in the past two years, the current dollar index level suggests the Chinese yuan should be trading around 6.70 levels versus the dollar, versus the current level at around 6.35.

A weaker yuan would also help to offer some support to local exporters. The new export orders purchasing managers' index (PMI) has been staying below the key 50-level threshold since May last year, lagging behind most other PMI sub-indices. While the Omicron variant weighs on global recovery and causes more supply chains shortage, Chinese exporters face more external challenges at this moment, so a weaker currency will help to mitigate those negative factors.