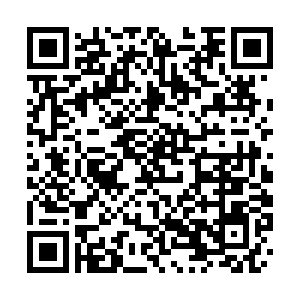 The United States reported its first COVID-19 case on January 21, 2020. Americans have experienced winter holiday surges of COVID-19 twice in the past two years, but this time it is fueled by the now-dominant Omicron variant.

Holidays have proven to be a catalyst for COVID-19 infections. Experts say Thanksgiving has played a major role in the country's largest viral surge to date.

In the two weeks following the holiday season, which is from Thanksgiving through the New Year, COVID-19 numbers have hit record highs, with over 10 million confirmed cases, according to data from the Johns Hopkins Coronavirus Resource Center.

The U.S. is averaging over 755,000 cases a day, more than three times as many as in that brutal wave a year ago. 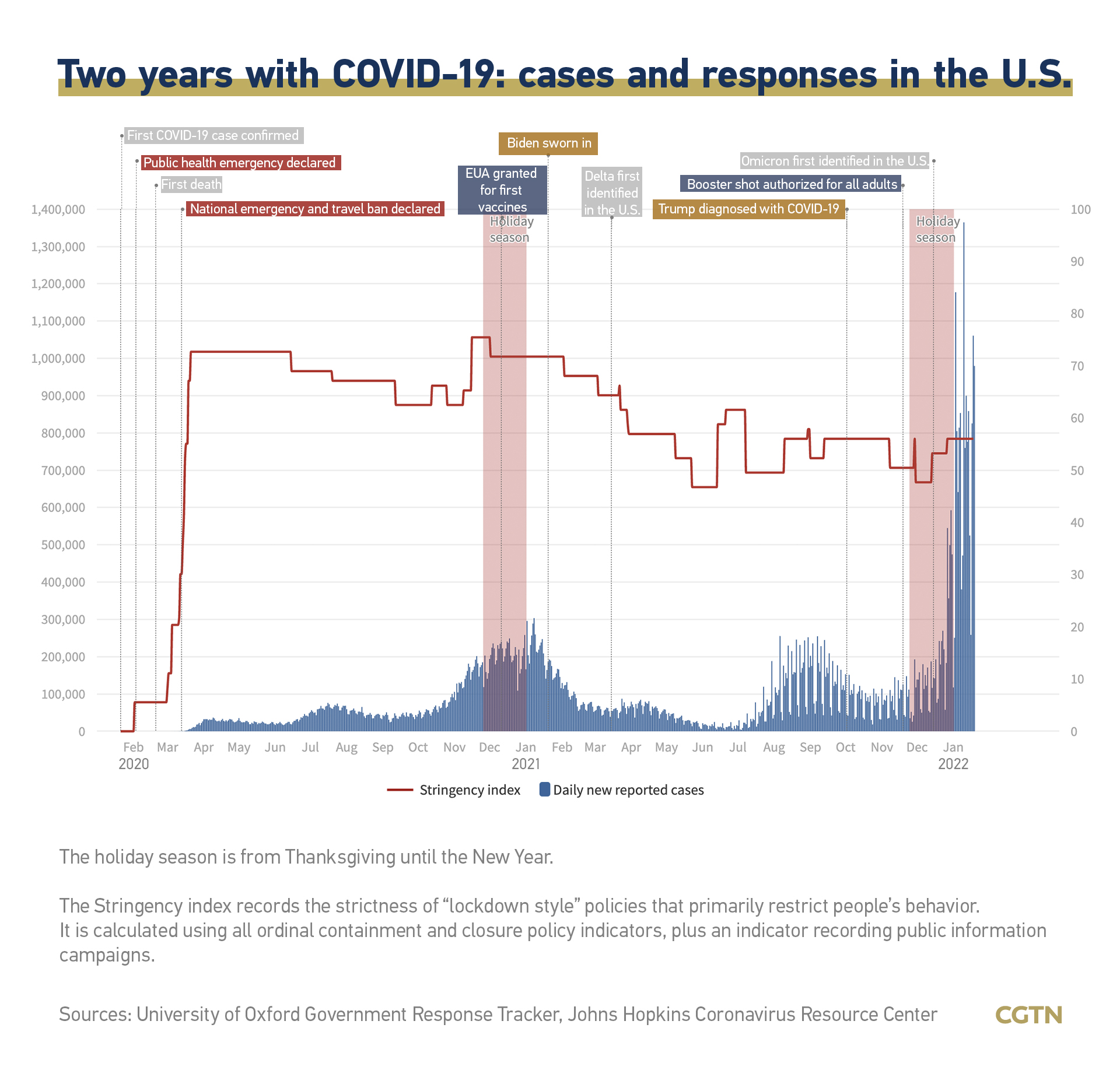 Also, after each summer holiday, the U.S. reported a significant uptick in infections.

Despite the average less severe disease caused by the fast-moving Omicron variant, COVID-19 deaths in the U.S. are climbing because of its unprecedented level of transmissibility, and modelers have forecast 50,000 to 300,000 more Americans could die by the time the wave subsides in mid-March.

The seven-day rolling average for daily new COVID-19 deaths in the U.S. has been trending upward since December, exceeding 1,700 on Wednesday. 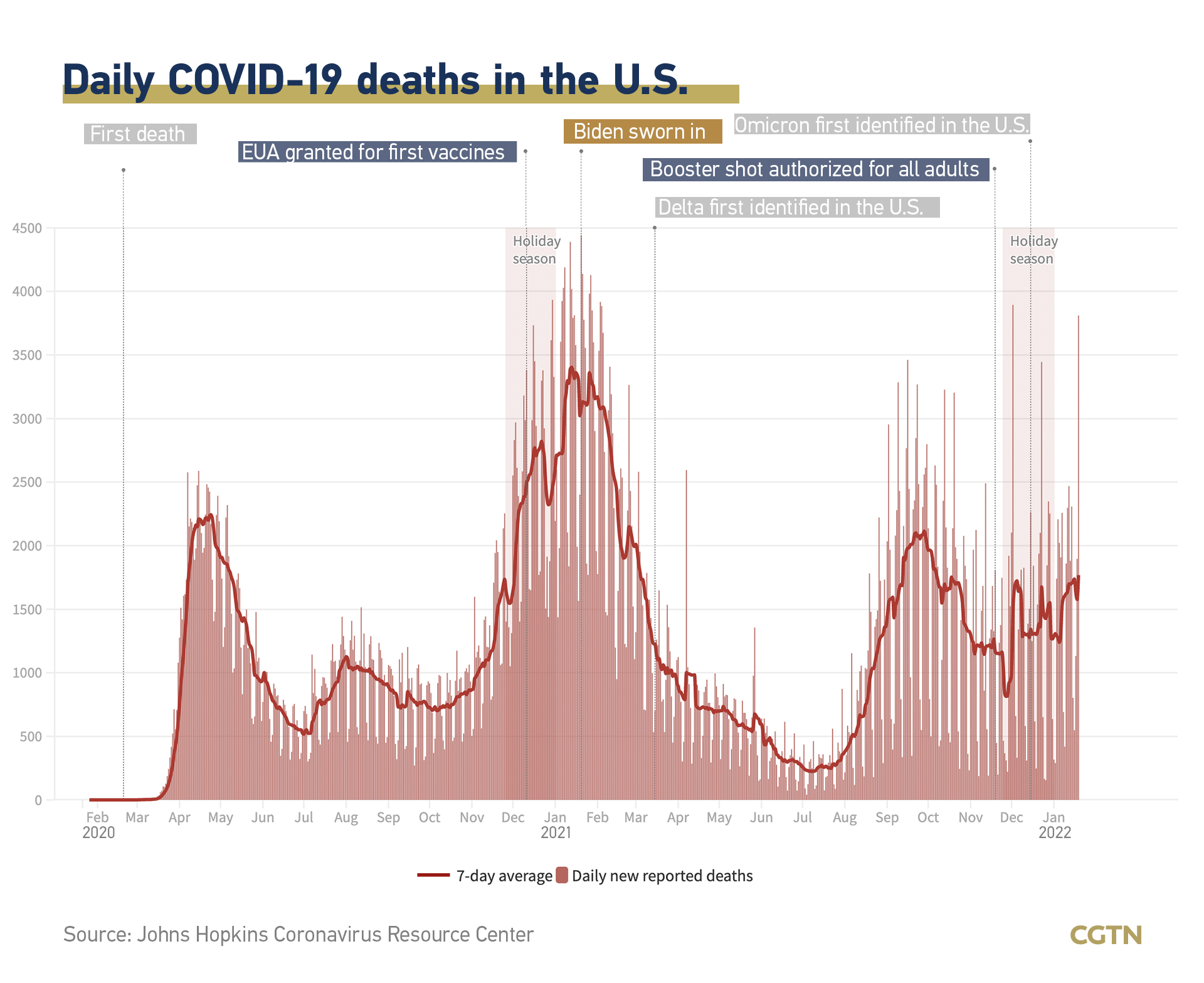 The Oxford COVID-19 Government Response Tracker, which collects systematic information on policy measures that governments have taken to tackle COVID-19, such as school closures, travel restrictions and vaccination policy, rates the U.S. at 56 on a scale of 0 to 100, with 100 being the most strict response. The U.S. is above the UK and Japan, but below Germany, Italy and Canada.

Last January, when U.S. President Joe Biden took over from former President Donald Trump, the pandemic was in full force, cases and deaths were hitting record highs and the newly launched vaccines were in short supply.

He pledged to restore public trust, vaccinate the country, minimize COVID-19 spread and reopen society, with a focus on equity. The effort started off well, then came the summer surge fueled by the Delta variant, and yet another record-breaking winter spike dominated by Omicron.

Now inflation is soaring and the Supreme Court ruled against Biden's vaccine-or-test mandate, which requires vaccines or weekly COVID-19 tests for employees at businesses with at least 100 employees.

The White House has repeatedly emphasized that it won't return to lockdowns, while some Democratic governors are hesitant to reimpose public health restrictions, like mask mandates, for fear of a backlash.

Biden ended 2021 with the lowest approval ratings of his presidency, according to FiveThirtyEight. 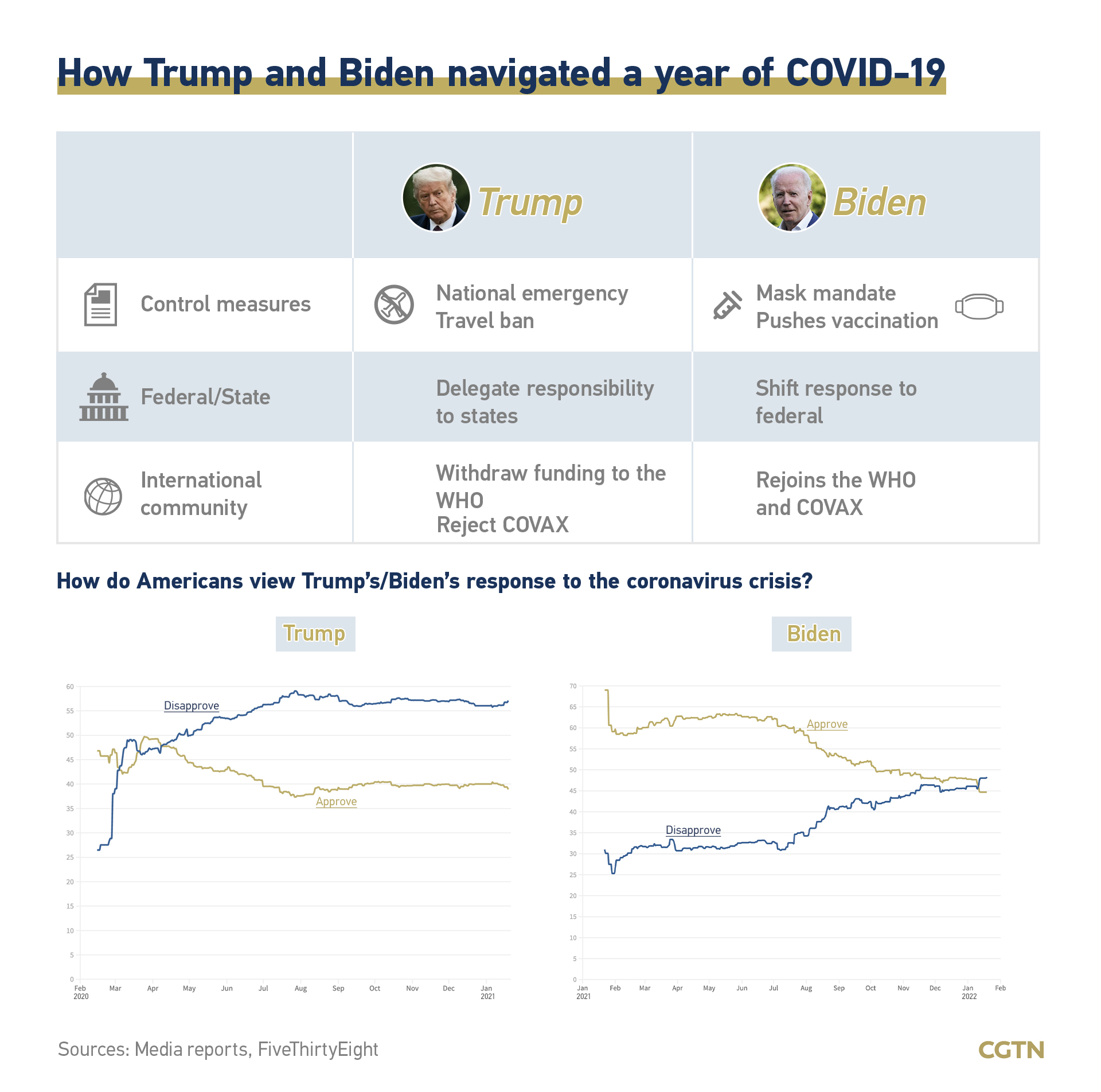 After Biden campaigned on a vow to help steer the country back to normalcy, arguing that Trump failed to quickly respond when COVID-19 first descended, Republicans now say Biden has proven himself unprepared to deal with the Omicron surge.

When the pandemic first shut down the country two years ago, the former president downplayed the virus at first, repeatedly undermined his own infectious disease experts, and suggested the use of unproven and dangerous treatments.

Still, Republicans argue that he shouldn't be compared with Biden, who inherited an entire infrastructure in place to deal with the virus.