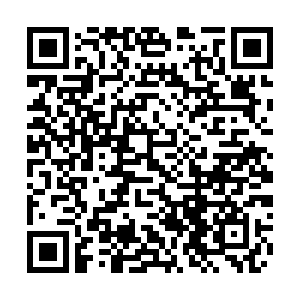 The Office of the Commissioner of the Chinese Foreign Ministry in the Hong Kong Special Administrative Region (HKSAR) on Friday expressed firm opposition to a European Parliament resolution on Hong Kong, saying that politicians should stop political hysteria against China and the HKSAR.

The remarks came after the European Parliament adopted Thursday a resolution on what it called "violations of fundamental freedoms" in the Chinese city and condemned the "deterioration of human rights" there.

The European Parliament lawmakers also demanded the repeal of the National Security Law and urged the European Council to introduce targeted sanctions against Chinese central government and HKSAR officials, as well as put in place diplomatic and political boycotts of the upcoming Beijing 2022 Winter Olympics.

A spokesperson of the office condemned the accusations and said measures including the National Security Law and improvement of Hong Kong's electoral system have brought stability and prosperity back to the city, which had plunged in chaos, and put its democratic development back on track.

The Chinese government is the designer, builder, promoter and defender of Hong Kong's democratic system, the spokesperson noted.

"In disregard of history and reality, the European Parliament has repeatedly smeared Hong Kong and attacked China under the pretext of so-called 'democracy and freedom' for a publicity stunt," the spokesperson said. "They don't want to see a stable and prosperous Hong Kong and try to whitewash anti-China elements in Hong Kong. They are still daydreaming of using Hong Kong as a bridgehead against China. Their self-deceiving political farce and ill intentions are doomed to fail."

Earlier on Friday, the Chinese Mission to the European Union (EU) voiced protest against the Hong Kong-related resolution, saying that some politicians in the European Parliament repeatedly act in a confrontational manner on issues concerning China's sovereignty, security and territorial integrity.

In an online statement, the mission urged the European Parliament to stop meddling in China's internal affairs and disturbing China-EU relations.

On the same day, the HKSAR government also decried the resolution, saying the European Parliament is making baseless allegations and smearing the rule of law, freedoms and the democratic development in Hong Kong.