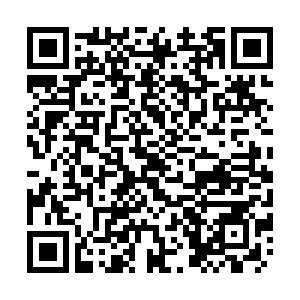 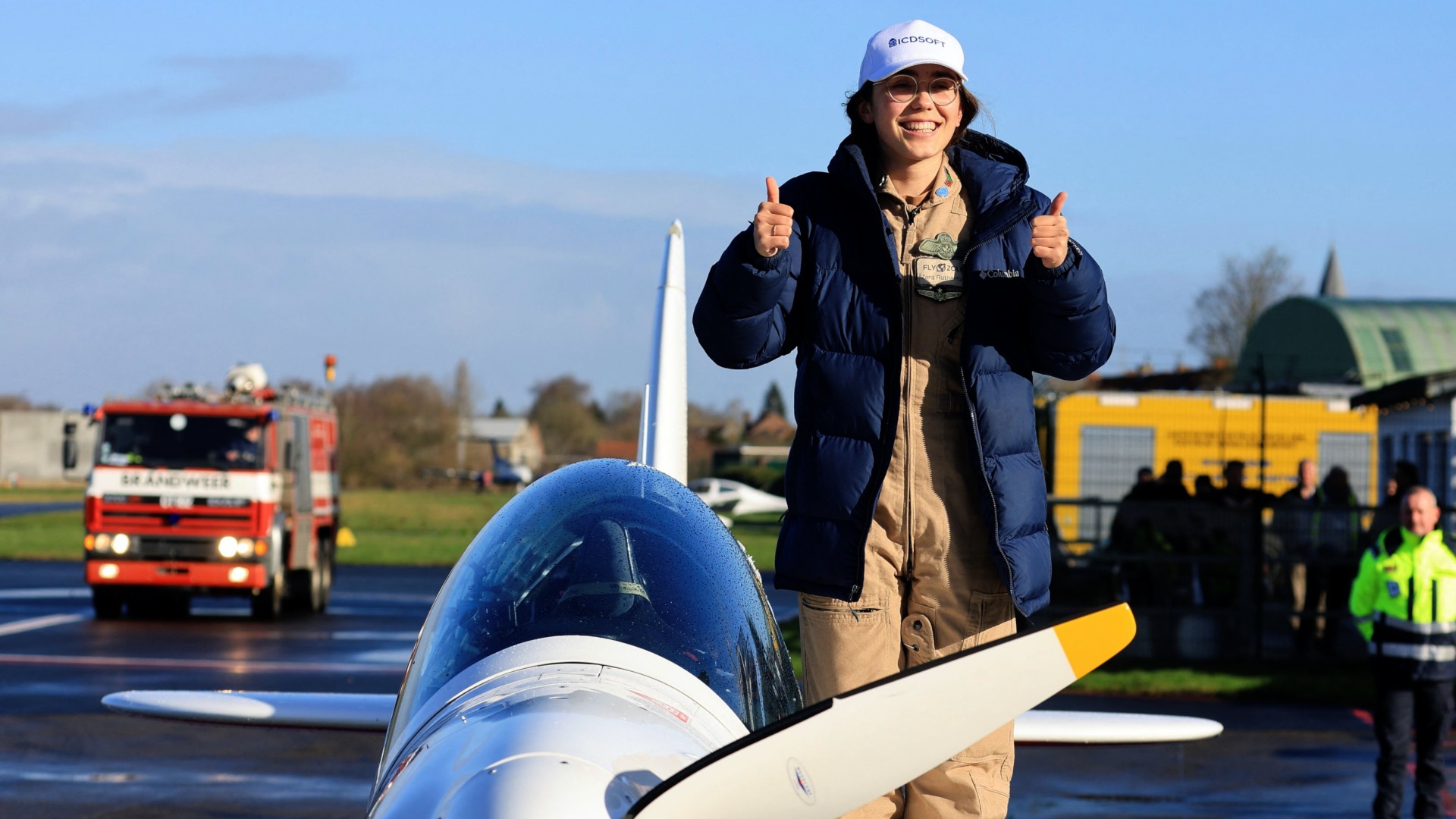 A Belgian-British teenager became the youngest woman to fly solo around the world on Thursday and the first person to do so in a microlight plane after a five-month, five-continent odyssey in her Shark ultralight.

Nineteen-year-old Zara Rutherford landed back at Kortrijk-Wevelgem Airport in Belgium after flying 51,000 kilometers over 52 nations since her August 18 departure in the world's fastest microlight aircraft.

Cheers and applause went up as her plane came to a halt on the tarmac.

"It's just really crazy. I haven't quite processed it," Rutherford, smiling broadly and cloaked in British and Belgian flags, told reporters.

After the penultimate leg to a German village on Wednesday, she said it was an exploit she would never repeat. 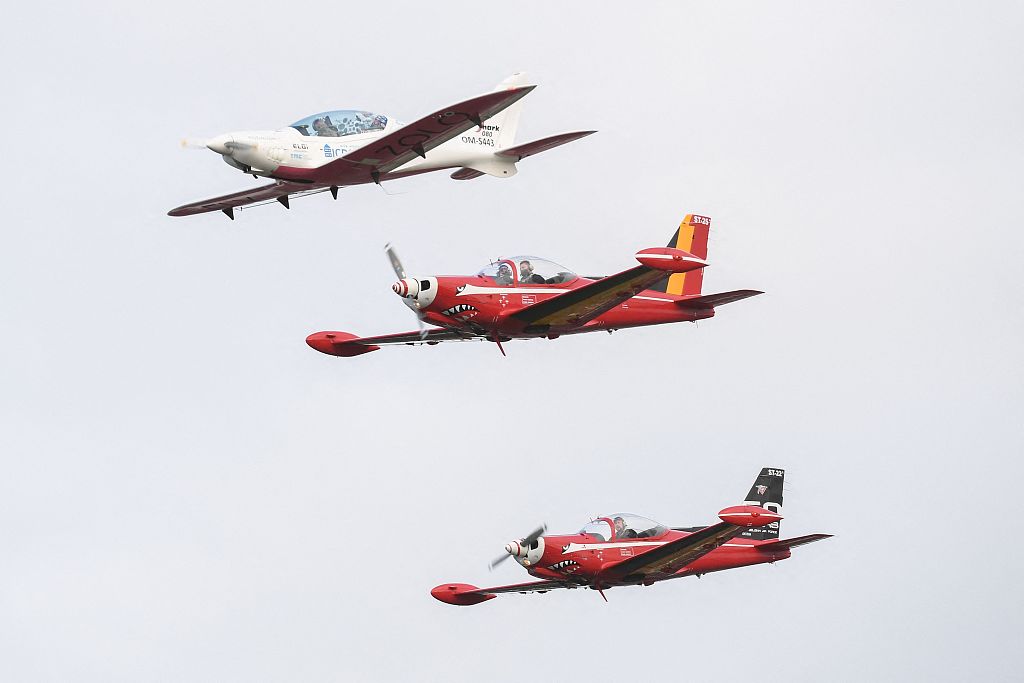 Teenage pilot Zara Rutherford, aboard her Shark ultralight, lands back at the end of her solo round-the-world trip in her Belgian hometown of Kortrijk, Belgium, January 20, 2022. /CFP

Teenage pilot Zara Rutherford, aboard her Shark ultralight, lands back at the end of her solo round-the-world trip in her Belgian hometown of Kortrijk, Belgium, January 20, 2022. /CFP

After North and South America, Rutherford was stuck for a month in Alaska because of weather and visa delays. A winter storm forced another long stop in far eastern Russia, before she traveled to South Asia, the Middle East and back to Europe.

Her favorite flyovers were New York and an active volcano in Iceland, but there were moments when she feared for her life, including her flight across Siberia's frozen wastes and a narrow escape from entering North Korean air space during bad weather.

To meet criteria for a round-the-world flight, Rutherford touched two points opposite each other on the globe: Jambi in Indonesia and Tumaco in Colombia.

'Young women can be ambitious'

Rutherford took the record from Afghan-born American Shaesta Wais, who in 2017 became the youngest woman to fly solo around the world at 30. The youngest male record holder, American Mason Andrews, was 18 when he did it in 2018.

She also became the first Belgian to circumnavigate the world solo in a single-engine aircraft, getting through the long days by shuffling through a 40-hour playlist of songs.

The teenager said the last leg of her journey, from Germany, had been tricky because rain and snow meant she had to "wiggle in some valleys" coming out of Frankfurt, but was delighted to be accompanied by light aircraft of the Belgian Air Force's Red Devils aerobatic display team for the final stretch. 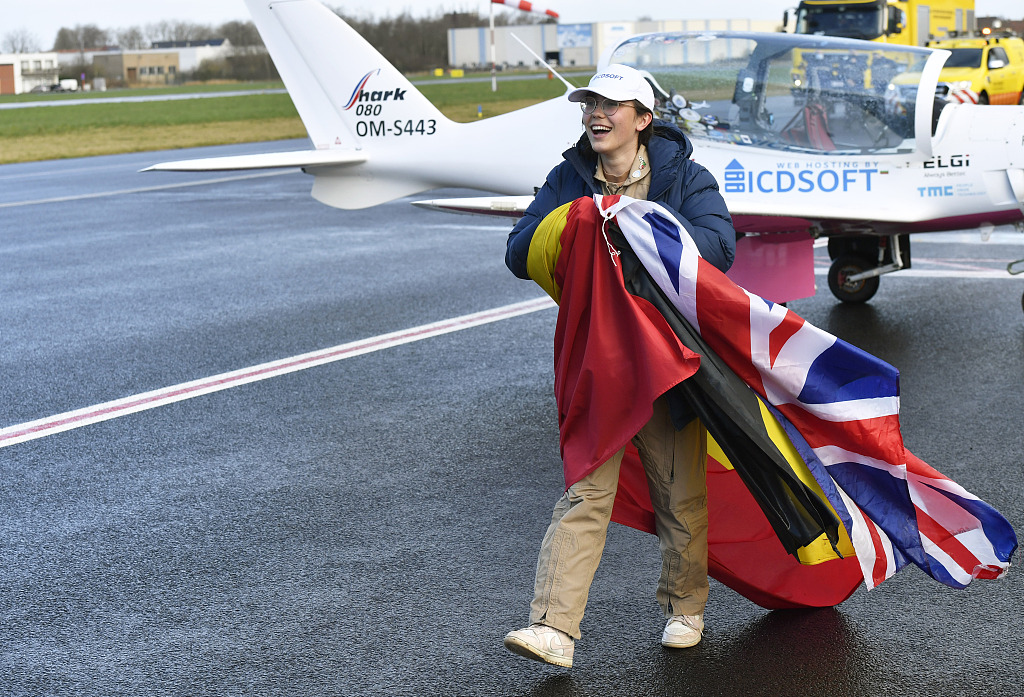 Zara Rutherford walks on the tarmac with a British and Belgian flag after landing her plane in Kortrijk, Belgium, January 20, 2022. /CFP

Zara Rutherford walks on the tarmac with a British and Belgian flag after landing her plane in Kortrijk, Belgium, January 20, 2022. /CFP

Switching between French, Dutch and English as reporters fired questions, Rutherford said she was now looking forward to spending time with her family and getting to see her cats.

Having gained her pilot's license in 2020 after training with her father since 14, she now wants to study engineering at a U.S. or British university from September.

Rutherford dreams of being an astronaut and hopes her voyage will encourage women in science, technology and aviation.

"Girls are often encouraged to be beautiful, kind, helpful and sweet. With my flight, I want to show young women that they can be bold, ambitious and make their dreams come true," she said on her website.

As she relaxed on her return to Belgium, she had another message for everyone: "Do something a bit crazy! If you have the opportunity, go for it, because you only have one life."