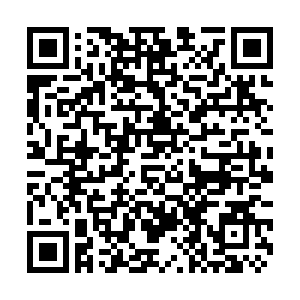 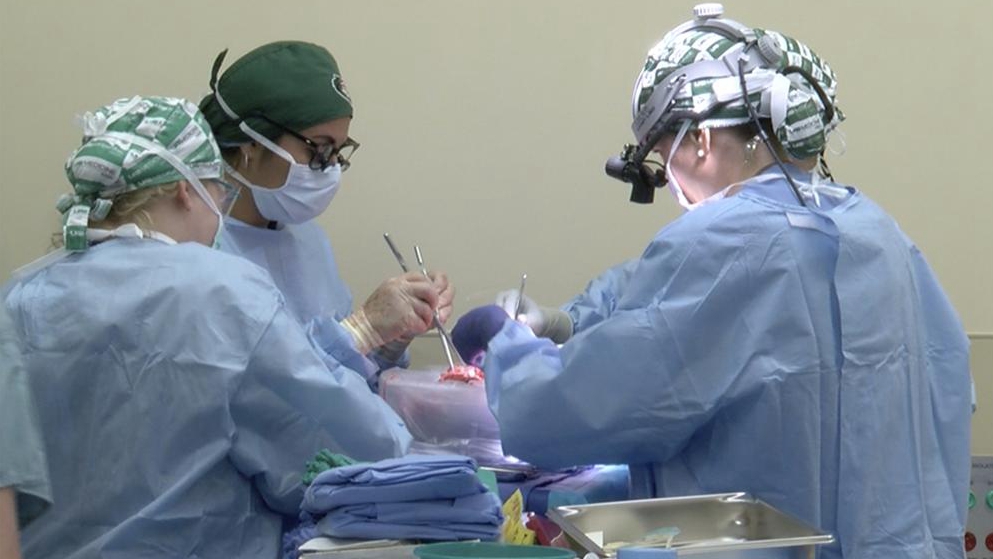 Surgeons prepare to transplant kidneys from a genetically modified pig into the body of a deceased recipient, September 2021. /AP

Surgeons prepare to transplant kidneys from a genetically modified pig into the body of a deceased recipient, September 2021. /AP

Researchers on Thursday reported the latest in a surprising string of experiments in the quest to save human lives with organs from genetically modified pigs.

This time around, surgeons in Alabama transplanted a pig's kidneys into a brain-dead man – a step-by-step rehearsal for an operation they hope to try in living patients possibly later this year.

"The organ shortage is in fact an unmitigated crisis and we've never had a real solution to it," said Dr Jayme Locke of the University of Alabama at Birmingham (UAB), who led the newest study and aims to begin a clinical trial of pig kidney transplants.

Similar experiments have made headlines in recent months as research into animal-to-human transplants heats up.

Twice this fall, surgeons at New York University (NYU) temporarily attached a pig's kidney to blood vessels outside the body of a deceased recipient to watch them work. And earlier this month, surgeons at the University of Maryland Medical Center gave a dying man a heart from a gene-edited pig that so far is keeping him alive.

But scientists still needed to learn more about how to test such transplants without risking a patient's life. With the help of a family who donated a loved one's body for science, Locke mimicked the way human organ transplants are done – from removing the pig "donor" kidneys to sewing them inside the deceased man's abdomen.

For a little over three days, until the man's body was removed from life support, the pair of pig kidneys survived with no sign of immediate rejection, her team reported Thursday in the American Journal of Transplantation.

That was only one of several key findings. Locke said it wasn't clear if delicate pig kidney blood vessels could withstand the pounding force of human blood pressure – but they did. One kidney was damaged during removal from the pig and didn't work properly but the other rapidly started producing urine as a kidney should. No pig viruses were transmitted to the recipient, and no pig cells were found in his bloodstream.

But Locke said the kidney experiment could have more far-reaching impact – because it shows that a brain-dead body can be a much-needed human model to test potential new medical treatments.

The research was conducted in September after Jim Parsons, a 57-year-old Alabama man, was declared brain-dead from a dirt bike racing accident.

After hearing this kind of research "had the potential to save hundreds of thousands of lives, we knew without a doubt that that was something that Jim would have definitely put his seal of approval on," said Julie O'Hara, Parsons' ex-wife.

Animal-to-human transplants, what's called xenotransplantation, have been attempted without success for decades. People's immune systems almost instantly attack the foreign tissue. But scientists now have new techniques to edit pig genes so their organs are more human-like – and some are anxious to try again.

The recent string of pig experiments "is a big step forward," said Dr David Kaczorowski of the University of Pittsburgh Medical Center. Moving on to first-stage trials in potentially dozens of people is "becoming more and more feasible."

A heart transplant surgeon, Kaczorowski has done experiments testing pig organs in non-human primates that helped pave the way but "there are only things we can learn by transplanting them into humans."

Hurdles remain before formal testing in people begins, including deciding who would qualify to test a pig organ, said Karen Maschke, a research scholar at the Hastings Center who will help develop ethics and policy recommendations for the first clinical trials under a grant from the National Institutes of Health.

Scientists also still have much to learn about how long pig organs survive and how best to genetically alter them, cautioned Dr Robert Montgomery of NYU Langone Health, who led that center's kidney experiments in the fall.

"I think different organs will require different genetic modifications," he said in an email.

For the newest kidney experiment, UAB teamed with Revivicor, the subsidiary of United Therapeutics that also provided organs for the recent heart transplant in Maryland and the kidney experiment in New York. Company scientists made 10 genetic changes to these pigs, knocking out some genes that trigger a human immune attack and make the animals' organs grow too large – and adding some human genes so the organs look less foreign to people's immune systems.