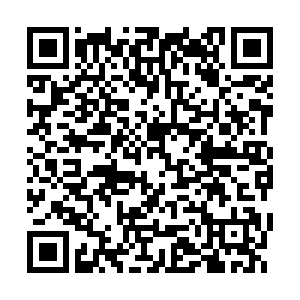 The Chinese Embassy in the UK on Saturday expressed strong opposition over and protested against a joint statement from the Australia-UK ministerial meeting, calling its content regarding China a gross interference in internal affairs, and saying it is in violation of international law and the basic norms governing international relations.

The statement was issued following the annual Australia-United Kingdom Ministerial Consultations (AUKMIN) meeting held in Sydney on Friday. It said the countries expressed concerns over so-called human rights violations in China's Xinjiang, the situation in Hong Kong, Taiwan as well as the South China Sea.

"Taiwan-, Xinjiang- and Hong Kong-related affairs are purely China's internal affairs, and no foreign country has the right to interfere," a spokesperson of the Chinese embassy said in a statement. "No foreign country should underestimate the strong determination, firm will and strong ability of the Chinese people to defend the country's territorial sovereignty."

The biggest threat to peace and stability across the Taiwan Straits at the moment is the moves by Taiwan's Democratic Progressive Party authority to intensify its collusion with external forces and make constant provocations in seeking "Taiwan independence," the spokesperson said, urging relevant countries to strictly adhere to the one-China principle and not to have any official contact with Taiwan region.

The spokesperson described the allegation of "serious human rights violations" in China's Xinjiang as a "shameless lie." The so-called Xinjiang issue has nothing to do with human rights, ethnicity or religion, the spokesperson said, stressing that it is a matter of fighting terrorism, separatism and radicalization.

The legal basis for China's governance of Hong Kong is China's Constitution and the Basic Law of the Hong Kong Special Administrative Region (HKSAR), not the Sino-British Joint Declaration, the spokesperson stressed.

The implementation of the national security law for the HKSAR and changes in the city's electoral system under the principle of "patriots administering Hong Kong" are conducive to better implementing the "One Country, Two Systems," guaranteeing the rights and freedoms of Hong Kong residents, and promoting the healthy development of the HKSAR's democratic system, the spokesperson added.

Commenting on the South China Sea issue, the spokesperson reiterated China's firm determination in defending its territorial sovereignty and maritime rights and interests, adding that China is committed to resolving the disputes with relevant countries through peaceful means.