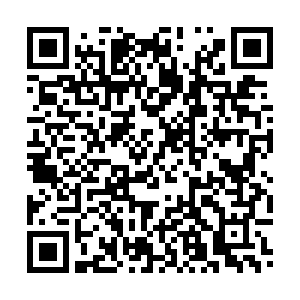 The U.S. mission on Thursday posted on its website the "Fact Sheet: Restoring America's Leadership at the United Nations in President Biden's First Year," in which it made groundless accusations against China.

In response to media inquiries, Zhang Jun, China's permanent representative to the UN, pointed out the absurdity of the U.S. mission's document, saying that "it is just ridiculous and beyond all reason for the U.S. to take countering China's influence in the UN as the main task and achievement."

China's contribution to world peace and development, as well as its support for the UN and help to other countries are tangible and are there for everyone to see. What China seeks is win-win cooperation rather than dominance, equality rather than bullying, openness and inclusiveness rather than exclusive blocs, peaceful coexistence rather than provocation for confrontation, he said.

China stands with the trend of the times and the overwhelming majority of countries. China is a force for justice, progress and cooperation. Some people often view China in a negative light, or even attempt to contain its role and influence. This kind of narrow-mindedness and malicious intent is a manifestation of the Cold War mentality and a huge threat to today's world, said Zhang.

China is not against the role of any other country in international relations, provided that that kind of role is positive, responsible and constructive. However, the world doesn't need a so-called leadership that has dragged the world into turmoil and provoked confrontation among countries, that has obstructed other countries' development and created trouble for the world economy, that has imposed unilateral sanctions everywhere and brought sufferings to the people of other countries, and that has done nothing in a pandemic and cost the lives of hundreds of thousands of its own citizens, he said.

As for the U.S. narrative of attacking China over the human rights situation in Xinjiang, Zhang said, "The fact is, the Xinjiang region enjoys stability, development and prosperity. The life of the Chinese people is getting better day by day."

"The U.S. should not forget that at the UN Human Rights Council and the Third Committee of the UN General Assembly, close to 100 countries spoke out in support of China's position on Xinjiang and opposed politically motivated attacks and disinformation against China," he added.

Cooperation among major countries bears on the future of the UN. In the past year, the international community failed to unite on many occasions in the face of major challenges, most notably because of the interference by unilateralism and bloc politics, Zhang said.

The United States, instead of focusing on promoting international cooperation, is obsessed with ideological confrontation and suppressing the role of China and other countries, which has seriously undermined the solidarity and mutual trust among member states and severely restricted the UN from playing its due role, said Zhang.

"No matter what others might say, China will confidently and firmly follow the right path forward. We will remain a builder of world peace, a contributor to global development, and a defender of the international order. We will continue to contribute our wisdom and strength to build a better world," he said.