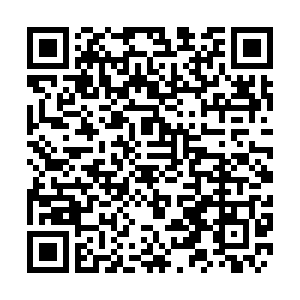 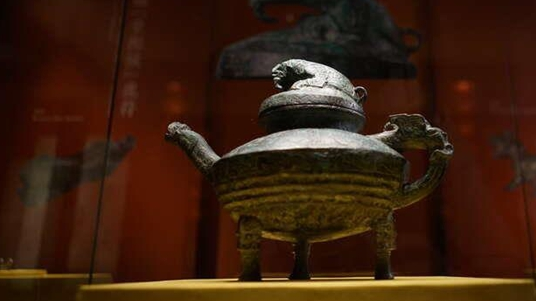 Huying is a teapot-shaped relic with a tiger motif. It is on display at the National Museum in Beijing. /Chinanews

Huying is a teapot-shaped relic with a tiger motif. It is on display at the National Museum in Beijing. /Chinanews

"Huying," a stolen teapot-shaped artifact featuring a tiger, is on display at a special exhibition at the National Museum of China in Beijing to welcome the Chinese Year of the Tiger.

The rare relic is one of around 100 pieces on show at the exhibition, which opened on Thursday.

It is a bronze vessel shaped like a teapot with three legs. The body shows a tiger pattern and an auspicious beast rests on the top. Archaeologists believe the object is a ritual vessel used in sacrificial ceremonies from around 3,000 years ago.

People during the Shang (1600-1100 B.C.) and Zhou (1100-221 B.C.) dynasties carried out sacrifices, and objects with the image of tigers are thought to have important religious significance. X-ray images have revealed inscriptions and patterns combining a dragon and a tiger on the upper part of the object.

The cultural relic was returned to China in 2018 after being taken away by a British officer named Harry Louis Evans in 1860 at a time when British and French invaders occupied Yuanmingyuan, or the Old Summer Palace in Beijing.

The ongoing tiger-themed exhibition features relics from the Shang Dynasty to the early 21st century, spanning different materials, from bronze and jade to ceramics and silk, and various media, including calligraphy and paintings.

The exhibition will last about one and half month.