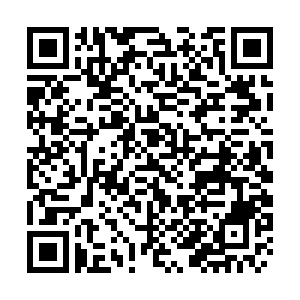 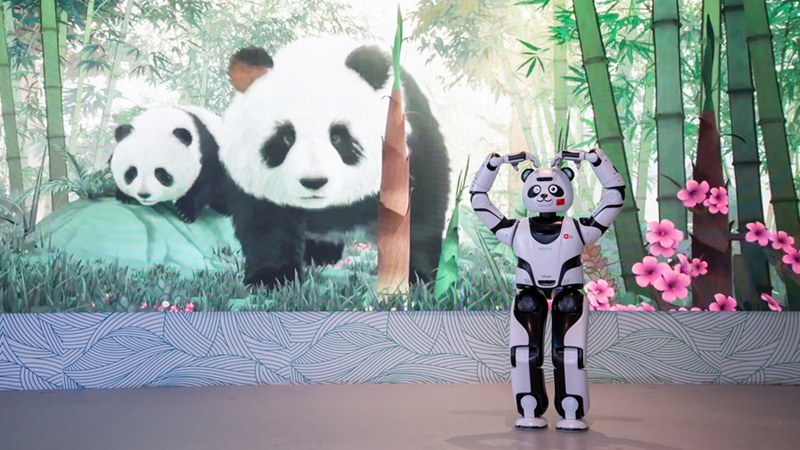 Editor's note: Alexander Ayertey Odonkor is an economic consultant, chartered financial analyst and chartered economist with an in-depth understanding of the economic landscape of countries in Asia and Africa. The article reflects the author's opinions and not necessarily those of CGTN.

Preserving biodiversity, in other words, protecting every variety of living things on Earth is central to achieving sustainable development. Across the length and breadth of the planet, all the species of animals and plants coexist with humans in a complex network of interdependent relationships or ecosystems that affect the quality of the world's food, water, air, soil and the climate. While all these living things undertake unique roles that collectively sustain the global economy, their existence is being threatened by human activity that is spearheaded by urban development, population growth and pollution.

Faced with the same challenges, China which is home to 10 percent of all plant species and 14 percent of the entire animals on Earth, has prioritized the conservation of biodiversity as the country pursues sustainable development. Recognizing that the country's ecosystem is vital for improving food security, conserving water bodies, providing medicinal resources and attaining sustainable development, China, one of the 17 mega-biodiversity countries in the world, is advancing smart technology to complement the country's efforts in protecting biodiversity – ensuring that economic growth is not achieved at the expense of the environment.

These smart technologies are playing essential roles in protecting China's ecosystem. For example, a nature reserve in northwest China's Gansu Province has installed an artificial intelligence-enabled video monitoring system that aids researchers in collecting real-time data on wildlife without disrupting the natural settings of these wild animals. For more than two years now, the AI-enabled video monitoring system, which takes images of all the 110 giant pandas together with other wildlife in the reserve via about 300 infrared cameras, has been helping researchers to monitor the health and safety of these wild animals.

By providing researchers with important information all year round, this technological innovation contributes immensely to understanding occasional changes in the population of wild animals which has been key to protecting all the pandas and other wild animals within the territory – for example in 2021 alone, this smart technology captured a total of 2,896 photos and filmed 3,218 seconds of footage of wild animals. After analyzing the data collected by the monitoring system, researchers have noticed the gradual increase of the giant panda population and the improving healthy ecosystem. 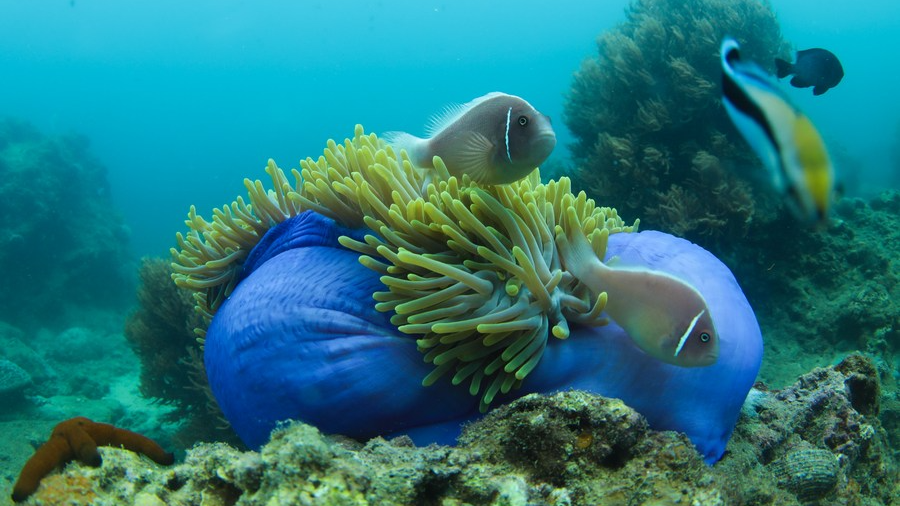 Fish and sea anemone swim at a marine ranch in the sea area of Wuzhizhou Island in Sanya, south China's Hainan Province, May 28, 2020. /Xinhua

Fish and sea anemone swim at a marine ranch in the sea area of Wuzhizhou Island in Sanya, south China's Hainan Province, May 28, 2020. /Xinhua

While this result is encouraging for the nature reserve, in a case where the outcome is not desirable, the real-time images and the video footage from this monitoring system will equally alert researchers to an impending pernicious situation that could jeopardize the wellbeing of the giant pandas and other wild animals. During such troubling times, this technological resource will help researchers to take informed decisions to avert the worst from occurring in the nature reserve.

Similar smart technologies have been adopted in other parts of China to protect the giant pandas and the ecosystem as a whole – in southwest China's Sichuan Province, a region which is home to the giant pandas and more species that are unique to China than any other province, Huawei together with the Sichuan Forest and Grassland Administration and other partners have introduced the Digital Panda System (DPS), to preserve the forest ecosystem and the giant panda, China's most iconic animal which was once endangered.

The DPS, which has over 600 cameras together with drones and satellites, equips forest rangers with efficient tools to detect wildfires in hard-to-reach parts of the forest – in these areas where there is usually limited or no power supply, solar-powered solutions are employed to support the DPS. This system currently helps 140,000 forest rangers, forest and grassland managers and researchers to undertake real-time monitoring, intelligence and verification across the entire Sichuan forest – this includes the forest ecosystem which is a part of the Giant Panda National Park.

In fact, these smart technologies are contributing significantly in easing the burden of researchers, forest rangers and forestry experts by providing them with real-time data on the forest ecosystem which has enhanced the protection and understanding of changes in the population of wild animals. So far, the adoption of smart technologies, along with other pertinent measures that have been implemented to protect biodiversity, highlights the Chinese government's commitment to achieve economic growth without sacrificing the environment.

All these efforts are in line with Chinese President Xi Jinping's recent speech at the Davos Agenda, where he reaffirmed that China will stay committed to promoting ecological conservation. He stated: "As I have said many times, we should never grow the economy at the cost of resource depletion and environmental degradation, which is like draining a pond to get fish; nor should we sacrifice growth to protect the environment, which is like climbing a tree to catch fish." This excerpt from the speech of China's president adds to the many instances where the country's policies have yielded desirable outcomes. By pursuing economic growth and concomitantly protecting biodiversity, China is leading by example – again, the country's advances in technological innovation which has enhanced the protection of biodiversity is strengthening research and development in this area, a valuable contribution that will augment actions to achieve sustainable development.