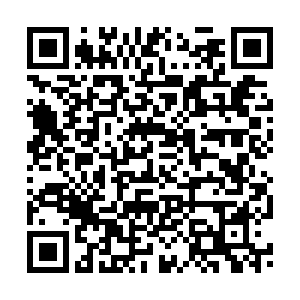 U.S. businesses in Hong Kong are generally optimistic about the competitive global hub and more plan to expand their investments, said a survey report released Wednesday by the American Chamber of Commerce in Hong Kong (AmCham HK).

Hong Kong is either the global or regional headquarters for six out of 10 businesses, said the 2022 Business Sentiment Survey Report of AmCham HK, which covered a total of 151 key corporate representatives and 111 individual members of the chamber.

About 15 percent of respondents plan to reduce their operations in China's Hong Kong Special Administrative Region (HKSAR) for the next two years, and a marginal 5 percent felt very pessimistic about the business outlook, according to the report.

"Hong Kong is seen by the majority to be competitive as a global hub," said the report.

The report highlighted Hong Kong's edge in the free flow of capital, international connectivity, and the tax structure, noting that the financial services sector is seen as robust with gains in competitiveness, especially in wealth management, and 66 percent of the businesses rate the performance of the transport and logistics industry in Hong Kong as good to excellent.

To further consolidate the advantages of Hong Kong, China's 14th Five-Year Plan (2021-2025) for national economic and social development supports Hong Kong's efforts to promote its position as a global financial, shipping and trade hub, and better integration into the national development.

Sixty percent of surveyed businesses are already operating in the Guangdong-Hong Kong-Macao Greater Bay Area (GBA), which promotes regional integration, with Shenzhen and Guangzhou being the most popular cities.

Two in five businesses plan to expand their operations in the GBA over the next few years, according to the report. "Most industries have benefited from the growth in the GBA. Information Technology has benefited the most."

Given Hong Kong's competitiveness and opportunities, more companies plan to hire more employees in the next year, with at least 35 percent of respondents planning to increase headcount, compared with 14 percent in last year's report.

"I hope this survey will serve as a launch point for discussion and collaboration to make Hong Kong a top destination for businesses from across the world. Hong Kong has always renewed and refocused after challenging times, and hopefully business, government and residents can work together to surmount challenges," said AmCham President Tara Joseph.