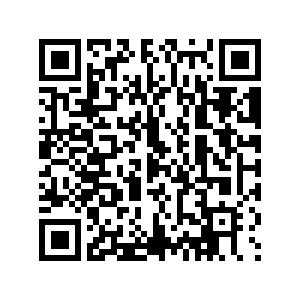 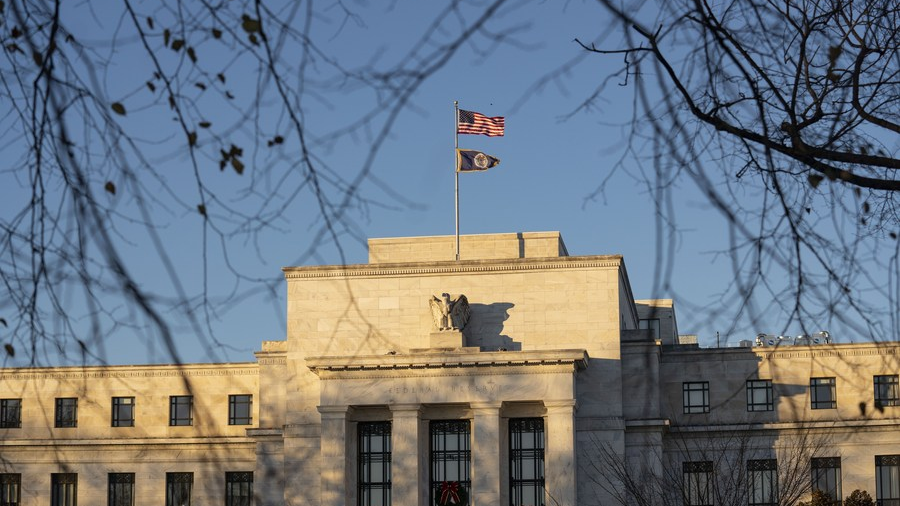 Editor's note: John H. Cochrane is a senior fellow at the Hoover Institution. The article reflects the author's opinions and not necessarily those of CGTN.

The nomination of new members to the U.S. Federal Reserve Board offers an opportunity for Americans – and Congress – to reflect on the world's most important central bank and where it is going.

The obvious question to ask first is how the Fed blew its main mandate, which is to ensure price stability. That the Fed was totally surprised by today's inflation indicates a fundamental failure. Surely, some institutional soul searching is called for.

Yet, while interest-rate policies get headlines, the Fed is now most consequential as a financial regulator. Another big question, then, is whether it will use its awesome power to advance climate or social policies. For example, it could deny credit to fossil-fuel companies, demand that banks lend only to companies with certified net-zero emissions plans, or steer credit to favored alternatives. It also could decide that it will start regulating explicitly in the name of equality or racial justice, by telling banks where and to whom to lend, whom to hire and fire, and so forth.

But before considering where the Fed's regulation will or should go, we first need to account for the Fed's grand failure. In 2008, the U.S. government made a consequential decision: Financial institutions could continue to get the money they use to make risky investments largely by selling run-prone short-term debt, but a new army of regulators would judge the riskiness of the institutions' assets. The hope was that regulators would not miss any more subprime-mortgage-size elephants on banks' balance sheets. Yet in the ensuing decade of detailed regulation and regular scenario-based "stress tests," the Fed's regulatory army did not once consider, "What if there is a pandemic?"

When a pandemic did arrive in early 2020, the Fed repudiated the "never again" promises of 2008, this time intervening on an even larger scale. That March, the dealer banks proved unable to intermediate the market for plain-vanilla U.S. Treasury securities. So, the Fed propped up the market. Critics had long pointed to problems with the Fed's liquidity rules, and fixing these markets would have been simple, but obvious reforms had languished. Later, there was a run on money market funds. The Fed bailed out money market funds once again. There is nothing simpler to fix than money-market runs, but the fix never happened.

The Fed also funded new municipal-bond issues and propped up corporate bond prices, essentially offering a whatever-it-takes guarantee. In 2008, the Fed and the Department of the Treasury had balked at the idea of raising the market price of all mortgages under the Troubled Assets Relief Program. Yet in 2020, the "Powell put" had established an explicit floor for corporate bond prices – and more. 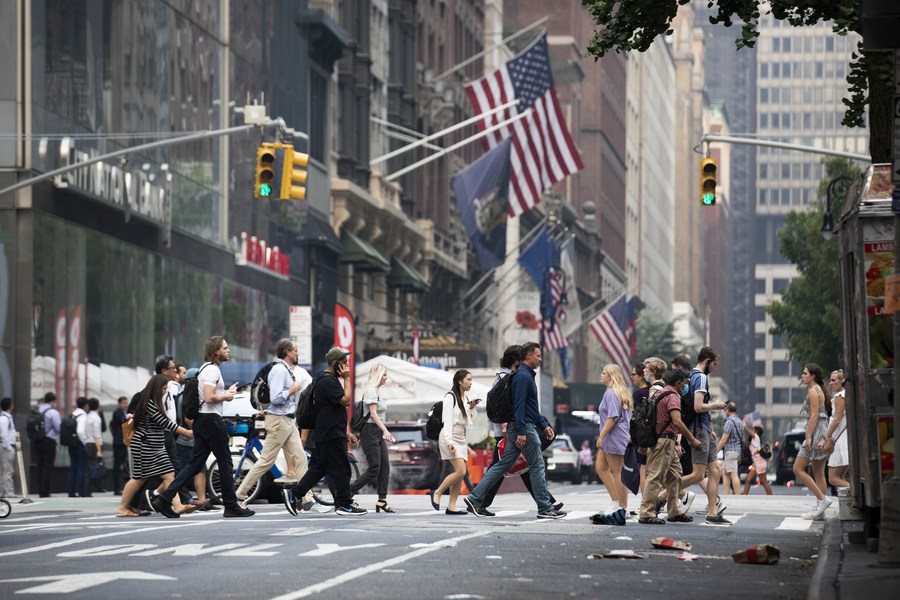 The predictable rejoinder to this critique will be: So what? The COVID-19 lockdowns might well have triggered a financial crisis. The flood of bailouts worked, so much so that our problem today is inflation. We do not need to worry about systemic risk, because the Fed and the Treasury will just put out any new fires with oceans of new money.

The problem, of course, is the incentives these policies have created. Why bother keeping cash or balance-sheet space to buy on the dip, provide liquidity, or treat a "fire sale" as a "buying opportunity?" The Fed will just front-run you and take away the profit. If you are a company, why issue stock when you can just borrow, knowing that the government will prop up your debt or bail you out, as it did for the airlines? If you are an investor, why hesitate to buy shaky debt, knowing that its value will be guaranteed by another "whatever-it-takes" commitment from the Fed in bad times?

No wonder America is awash in debt. Everyone assumes that taxpayers will take on losses in the next downturn. Student loans, government pensions, and mortgages have piled up, all waiting their turn for Uncle Sam's bailout. But each crisis requires larger and larger transfusions. Bond investors eventually will refuse to hand over more wealth for bailouts, and people will not want to hold trillions in newly printed cash. When the bailout that everyone expects fails to materialize, we will wake up in a town on fire – and the firehouse has burned down.

In 2008, regulators and legislators at least had the sense to recognize moral hazard, and to worry that investors gain in good times while taxpayers cover losses in bad times. But the 2020 blowout has been greeted only with self-congratulation.

The same Fed that missed the subprime-mortgage risks in 2008, the pandemic in 2020, and that now wishes to stress-test "climate risks," will surely miss the next war, pandemic, sovereign default, or other major disruptive event. Fed regulators aren’t even asking the latter questions. And while they issue word salads about "interconnections," "strategic interactions," "network effects," and "credit cycles," they still have not defined what "systemic" risk even is, other than a catch-all term to grant regulators all-encompassing power.

Regulators will never be able to foresee risks, artfully calibrate financial institutions' assets, or ensure that immense debts can always be paid. We need to reverse the basic premise of a financial system in which the government always guarantees mountains of debt in bad times, and we need to do it before the firehouse is put to the test.

Better regulation can bridge partisan divides. The left is correct that big banks are inefficient oligopolies that serve most Americans poorly. But it has the cause wrong. An immense regulatory compliance burden is a major barrier to market entry.

Calls for "more" regulation are meaningless. Regulations are either smart or dumb, effective or ineffective, full of undesired consequences or well designed. We need better regulation. We need more capital, not many more thousands of pages of rules. Capital provides a buffer against all shocks, and it does not require regulators to be clairvoyant. The Fed has scandalously blocked narrow-banking enterprises and payments providers that could help serve many Americans’ financial needs.

Before turning to healing the planet and righting injustice, the Fed should be held to account for how badly it is doing on the basic task of protecting the financial system.