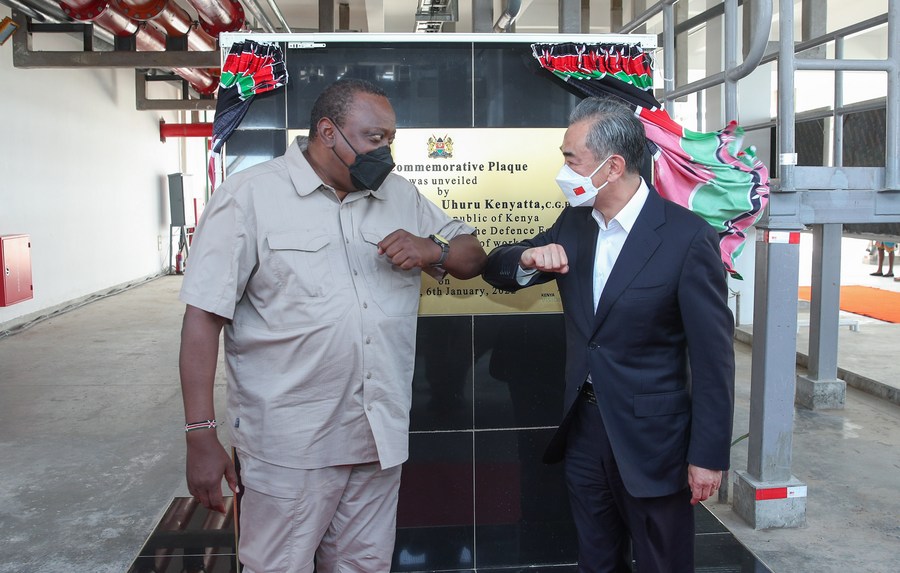 Editor's note: Lawrence Freeman is a Political-Economic Analyst on Africa, who has been involved in economic development policies for Africa for over 30 years. The article reflects the author's opinions and not necessarily the views of CGTN.

In his visit to Kenya on January 6, 2022, China's Foreign Minister, Wang Yi, emphasized China's support for economic progress in Africa, and in particular, the Horn of Africa.

Wang was continuing China's 32-year-old tradition of having their foreign minister begin each year with an overseas trip to Africa. In the first week of January, Wang met with officials in Eritrea, Kenya and Comoros. Both Eritrea and Kenya are located in East Africa, a region where Ethiopia, the second most populated nation in Africa, is engaged in a 14-month war to defeat an armed insurrection led by the Tigray People's Liberation Front. Kenya, an important ally of China, is a key nation in China's Belt and Road Initiative (BRI) and Maritime Silk Road.

Wang, in his press conference, focused on the number one challenge facing Africa: poverty and the extremely low standard of living affecting the majority of its 1.4 billion people.

He polemically stated,"If there is any trap in Africa, it is the trap of poverty and the trap of backwardness," which he counterposed to the so-called debt trap that he referred to as a "speech trap" created by the West. China speaks with authority, which has accomplished a modern day miracle in lifting over 750 million of its people out of extreme poverty and has pledged to help Africa do the same. 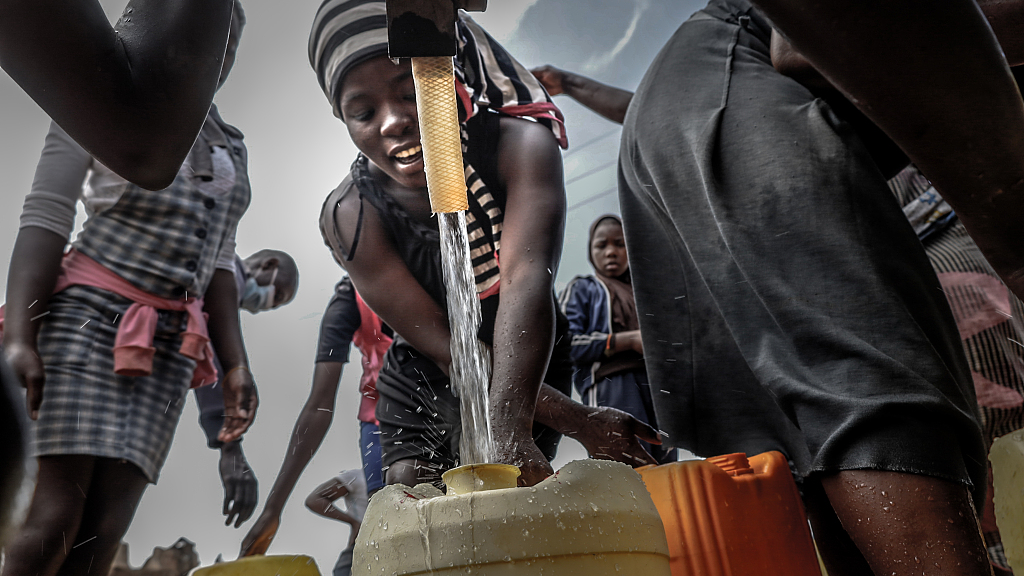 A woman fills up her water jerrycan in Nairobi, capital of Kenya, January 1, 2022. /VCG

A woman fills up her water jerrycan in Nairobi, capital of Kenya, January 1, 2022. /VCG

China's approach to the current challenges in the Horn of Africa is in stark contrast to that of the U.S. Instead of punishing Eastern African nations with sanctions and economic warfare, China is promoting peace and economic development. According to Wang, China will appoint a special envoy for the region, with the goal:

"To support the Horn of Africa in realizing lasting stability, peace and prosperity, China is willing to put forward the 'Initiative of Peaceful Development in the Horn of Africa' and support regional countries in addressing the triple challenges of security, development and governance."

Emphasizing China's infrastructure-led economic approach, Wang encouraged nations of the region to "accelerate regional revitalization to overcome development challenges," adding that "the two principal axes, the Mombasa-Nairobi Railway, and the Addis Ababa-Djibouti Railway, should be enlarged and enhanced with the aim of expanding to neighboring countries at an opportune moment."

Wang announced that China would provide an additional 10 million doses of coronavirus vaccine to Kenya which follows President Xi Jinping's November pledge at the Forum on China Africa Cooperation conference in Dakar, to make 1 billion doses available to Africa.

The dominant feature of China's relation to Africa is development, contrary to the Western geopolitical propaganda against China. The infrastructure-driven BRI has made physical improvements in African economies through the construction of railways, roads, power generation capacity, ports and airports. There is not a single Western nation that even remotely compares to China's level of investment in Africa.

As every African leader knows well, if China were to cease offering loans for infrastructure, there would be no Western nation to address the continent's huge deficit in the field, and African nations would suffer terribly.

The U.S. has failed to modernize its own rail network and is incapable of building advanced transportation corridors in other countries, while China had constructed around 40,000 kilometers of high-speed rail by the end of 2021.

Unlike U.S. officials who travel to African nations, Chinese representatives do not attach political conditionalities or arrogantly dictate what domestic policies must be adopted by their host countries. Instead, China is thoughtful by responding to the most critical and urgent needs of African nations. That is the elimination of poverty, which necessitates massive investments in hard and soft infrastructure.