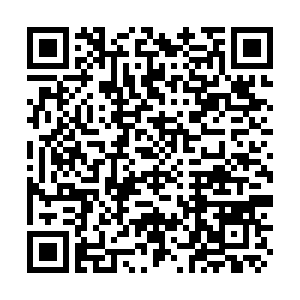 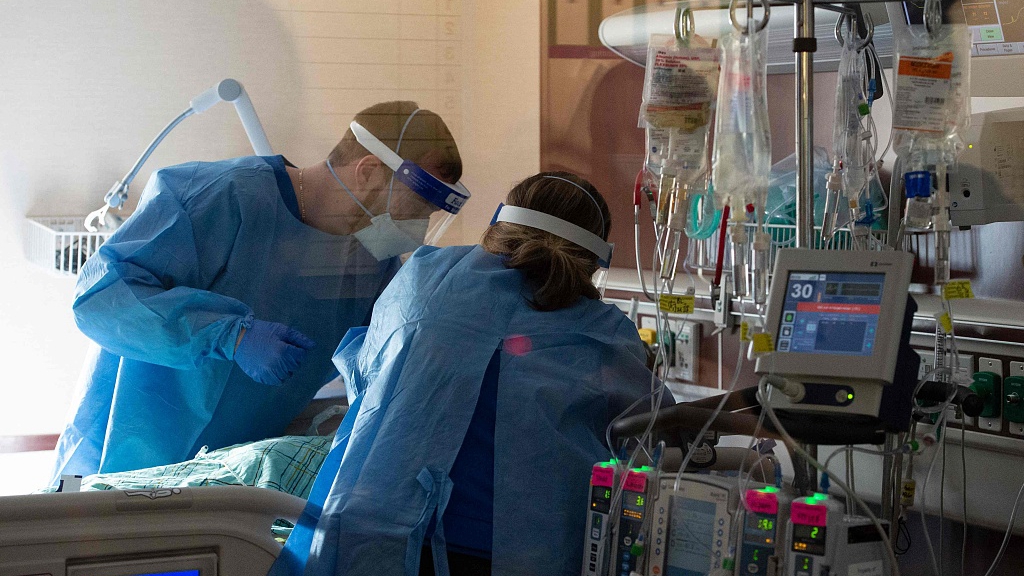 Chaos persisted in the United States, especially in public health systems and small-town governments, as the current COVID-19 surge caused by the Omicron variant has reportedly passed its peak in only a handful of regions but still led to overall rise of patients as well as acute labor shortage.

New COVID-19 cases have started to fall nationally, signaling the Omicron-fueled spike that has infected tens of millions of Americans, packed hospitals and shattered records "has finally begun to relent," reported The New York Times (NYT) on Saturday, while noting many hospitals are still full, and deaths mount, with over 2,100 announced most of the days.

"More and more states have passed a peak in new cases in recent days, as glimmers of progress have spread from a handful of eastern cities to much of the country," said the report.

Through Friday, the country was averaging about 720,000 new cases a day, down from about 807,000 last week, while new coronavirus hospital admissions have leveled off.

With encouraging trends in the Northeast and parts of the Upper Midwest, "even as hopeful data points emerge, the threat has by no means passed," stressed the newspaper. The United States continues to identify far more infections a day than in any prior surge, and some states in the West, South and Great Plains are still seeing sharp increases.

The Wall Street Journal (WSJ) picked up the same tone, reporting on Sunday that "the fast-moving Omicron variant is straining U.S. hospitals on a scale not seen before in the two-year-old pandemic." The facilities are confronting record or near-record levels of patients while staff members struggle with burnout and call in sick in large numbers due to the virus.

"Even hospitals in regions where the Omicron wave has begun easing say they couldn't keep up, forcing them to make agonizing decisions about which desperate patients they can admit and which must wait, risking more severe illness," said the report, noting that the cumulative physical and emotional toll mounts for nurses, doctors and other hospital staff.

Signs that the latest surge may have peaked in some parts of the United States, including Houston and New York, offer hope to overtaxed hospitals there. But while some hospitals are starting to see admissions slow and sick-outs fall, COVID-19 cases keep rising elsewhere, while a tight labor market prompts many nurses to leave for more lucrative jobs.

"The Omicron wave of coronavirus cases is weighing on the U.S. labor force, keeping millions of people home sick while others say they are working through illnesses," said WSJ in another report on Sunday. This double impact came as employers have struggled with an unusually tight labor market and an unemployment rate that is approaching pre-pandemic levels.

A U.S. Census Bureau survey conducted in early January said that almost 8.8 million people were out of work because they were sick or caring for someone with symptoms of COVID-19. That is the highest such figure in its "household pulse" survey since it began in mid-2020, exceeding the 6.6 million recorded in January 2021 and 3 million from December's survey.

A separate survey by The Shift Project at Harvard University's Kennedy School found that nearly two-thirds of workers who reported being sick in the last month during the survey period said they worked through the illness. People cited finance as the top reason they worked while sick, followed by not wanting to let down co-workers and fear of reprisals.

Staff absence caused by the pandemic is more serious in small towns across the country, where the spike in infections from the Omicron variant hit local governments with particular force, reported NYT on Sunday. As COVID-19 expands, with bare-bones workforce already stretched thin, there is no margin for error when multiple workers have to call in sick.

"The stresses are the effects of short-term pandemic crises piled on top of demographic trends that have played out over decades as work has disappeared in industries like agriculture and manufacturing, and young people leave for better opportunities elsewhere," said the report, adding that the worn engines of small town governance are sputtering out.

To make things worse, amid the Omicron-driven surge, U.S. town people are starting to feel a pinch in new ways: supply chain problems have caused backups and shortages in everything from microchips and car parts to Pepsi products, while some regional outbreaks have snarled deliveries, rendering limited population into actual isolation, it added.