Download
China to deliver a new batch of emergency supplies to Tonga
He Weiwei, Bi Ran 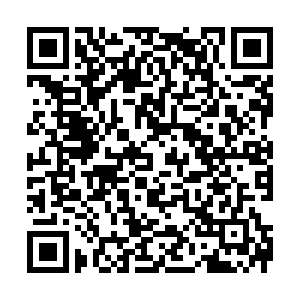 China is ready to send a new round of emergency aid to Tonga. The supplies have been gathered in the southern city of Guangzhou, where the China-Pacific Island Countries Reserve of Emergency Supplies is located.

The supplies include three major categories. First, drinking water and food – most needed according to Tongan locals. Second, medical supplies such as masks, goggles, protective suits. Third, machines like generators, high-pressure water pumps and tractors, which can help people in Tonga to rebuild their homeland.

"We contacted the Chinese embassy in Tonga to find out what people need. It took some days as the volcanic eruption cut off connectivity. But it only took two days for us to gather the supplies," Li Hongzhi, an official from the Foreign Affairs Office of People's Government of Guangdong Province, told CGTN.

The supplies are gathered in multiple warehouses in Guangzhou city, capital of Guangdong province. They are the first batch of aid organized by the joint reserve since its establishment in December 2021. The resource is part of Beijing's commitments to boost cooperation with Pacific Island nations at the first foreign ministers' meeting between China and Pacific Island countries held in October 2021.

The reserve plays a vital role in the allocation of the supplies. Government agencies in Guangdong province also helped under the framework of the reserve.

"We already had some stock in the joint reserve. And we managed to allocate more based on what Tonga needs," said Wang Chunming, an official from the Food and Strategic Reserves Administration of Guangdong Province.

The supplies in Guangzhou are China's latest round of aid to the pacific nation. China delivered its first batch of relief materials on January 19 through its embassy in Tonga.

Tonga's Deputy Prime Minister Poasi Tei thanked China for offering help, saying the relief supplies donated by the Chinese government are the first batch of aid received by the Tongan government after the disaster.

Meanwhile, the Red Cross Society of China has also donated $100,000 of emergency cash aid to the country.

China on Monday shipped relief supplies worth one million yuan ($157,900) from Fiji to Tonga, provided by the Chinese embassy in Fiji.

They are expected to arrive in Tonga on Thursday, including drinking water, food, electric generators, water pumps, electric saws, personnel protective equipment and medical supplies. The Chinese Embassy in Fiji arranged a part of the aid, and the remaining was donated by the Chinese enterprises in Fiji.

The new round of supplies gathered in Guangzhou will be delivered soon.