Download
It's time for U.S. to end its failed 'China Initiative'
Anthony Moretti 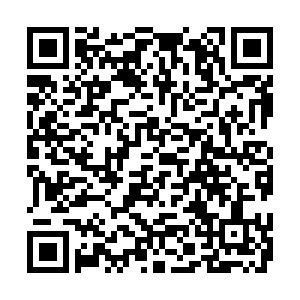 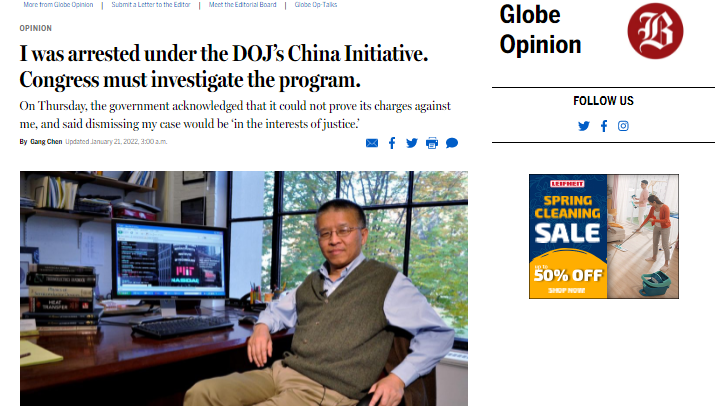 A screenshot of the Boston Globe.

A screenshot of the Boston Globe.

Now would be a good time for the United States Department of Justice to admit the obvious: Its "China Initiative" has been a gigantic failure.

Launched when Donald Trump was president, the government claims the initiative is designed to identify and prosecute Chinese scholars and researchers working in U.S. colleges and universities for failing to disclose their alleged ties to the Chinese government or military.

According to the Department of Justice, the initiative is "identifying and prosecuting those engaged in trade secret theft, hacking, and economic espionage." In addition, "the initiative focuses on protecting our critical infrastructure against external threats through foreign direct investment and supply chain compromises, as well as combating covert efforts to influence the American public and policymakers without proper transparency."

In reality, though no politician nor mainstream media outlet would dare say this too loudly, the initiative is a witch hunt. And so far it has been a colossal disaster.

The latest example of this misguided policy unfolded a few days ago in Cambridge, Massachusetts, where a Massachusetts Institute of Technology professor faced allegations of failing to fully acknowledge his relationship with the Chinese government. The U.S. government abruptly dropped all charges against Gang Chen, admitting "our office has concluded that we can no longer meet our burden of proof at trial."

That is a nice way of saying "we goofed."

Chen shared his near one-year ordeal in an editorial in the Boston Globe. He stated the obvious: "For 371 days, my family and I went through a living hell." He added, "There is no winner in what seems to me a politically and racially motivated prosecution: My reputation is tarnished, my family suffered, my institute lost the service of a professor and bore the financial burden of my legal defense, U.S. taxpayers' money was wasted, the ability of the United States to attract talents from around the world has plummeted, and the scientific community is terrified."

It is important to remember that MIT stood by Chen during his trial, including paying all his legal fees. You want to keep those words in mind when you read the next paragraph.

One would have thought that the government would have learned its lesson after it failed to convict Anming Hu last year. During Hu's trial, an FBI agent admitted he lied when he accused Hu of being a Chinese spy. Despite the acquittal, Hu's employer, the University of Tennessee, did not immediately reinstate him; the university had suspended him after the charges against him were filed. Perhaps worse, the university aided the government in its investigation; Hu was afforded none of the protections colleges and universities across the country are supposed to give their faculty when the government demands access to personnel files and other institution-related information.

Anyone who has studied U.S. history will see parallels between what is happening now to what took place in the 1950s, when Senator Joseph McCarthy started a one-man crusade to prove that Communist agents were everywhere in the U.S. government. He found no such people, but he did succeed in damaging the reputations of multiple men and women.

We know Trump had a deep and frightening dislike of China, and his rhetoric has led to a sharp increase in anti-Asian and anti-Chinese hate in the U.S. A man with such hate for a country and its people would create draconian policies such as the "China Initiative." Nevertheless, it is baffling to see President Joe Biden allowing this failed and evil effort to continue.

My colleagues and I throughout higher education in the United States must continue to impress upon the political elite in Washington that the "China Initiative" is bad policy, bad for America's reputation internationally, and bad for U.S.-China relations. The initiative must be abandoned, and any Chinese scholar who was unnecessarily caught up in its web deserves a full and honest apology from the government.

We would be wise to remember what Bloomberg wrote in mid-December about the "China Initiative": "The FBI says it has opened thousands of investigations involving China since then. But recent setbacks – six cases dropped in July and a directed acquittal in September – have revealed law enforcement errors and prosecutorial overzealousness."

In other words, the "China Initiative" needs to be tossed into the trash can, and now would be the best time to do that.