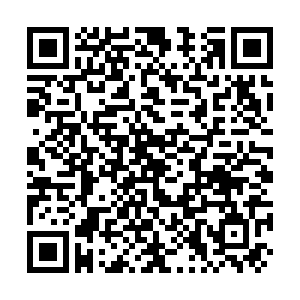 Chinese President Xi Jinping on Monday exchanged congratulatory messages with Israeli President Isaac Herzog to mark the 30th anniversary of the establishment of diplomatic relations between the two countries.

Xi pointed out that since the establishment of diplomatic ties, the friendship between the people of both countries has deepened and bilateral relations have made great strides.

Since the establishment of the innovative comprehensive partnership in 2017, exchanges and cooperation in various fields have been fruitful and have brought tangible benefits to the peoples of both countries, he added.

The Chinese president said he attaches great importance to the development of China-Israel relations and is ready to work with President Herzog to promote the stable development of the bilateral innovative comprehensive partnership.

Xi suggested that the two sides take the 30th anniversary of the establishment of diplomatic relations as an opportunity to enhance political mutual trust, deepen mutually beneficial and win-win cooperation and expand people-to-people exchanges to create benefits for both countries and their peoples.

Herzog, for his part, said that over the past 30 years, the exchanges between the two countries have been closer and bilateral ties have continued to deepen.

Noting that the two sides have achieved fruitful cooperation in the fields of economy, agriculture, health, tourism and culture, the Israeli president said he looks forward to further promoting the development of Israel-China relations during his term.

Li said that in recent years, China and Israel have carried out fruitful and innovative cooperation and achieved mutual benefits and win-win results.

China is willing to work with Israel to uphold the spirit of win-win cooperation, enhance political mutual trust, further enhance the level of practical cooperation between the two countries in various fields, and promote the greater development of China-Israel relations, Li added.

For his part, Bennett said that over the past 30 years, especially in the past five years since the establishment of the innovative comprehensive partnership between the two countries, bilateral cooperation has developed comprehensively.

The Israeli prime minister expressed belief that future Israeli-Chinese cooperation will continue to deepen for the betterment of the peoples on both sides.