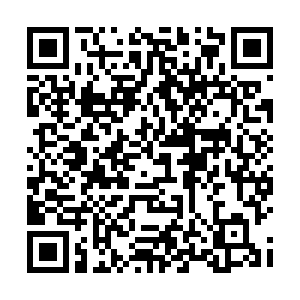 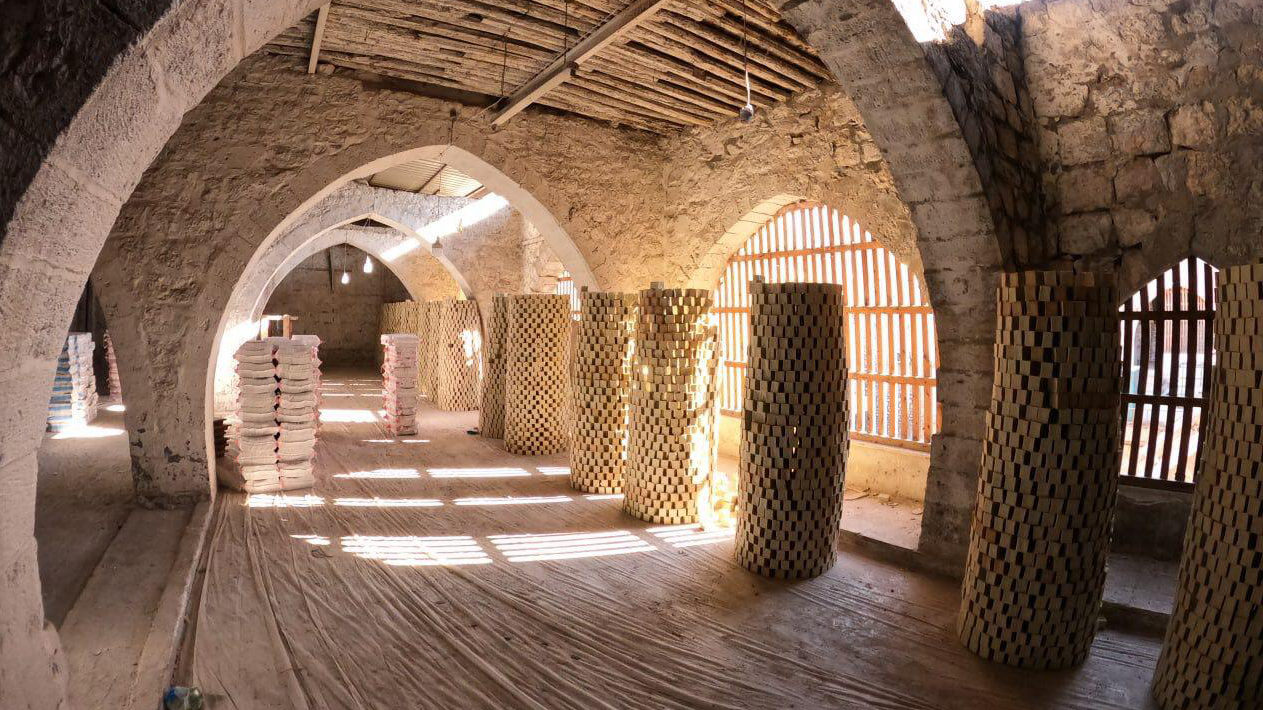 Soap cubes placed in a special form in a method called "bibar." /CGTN

Soap cubes placed in a special form in a method called "bibar." /CGTN

For hundreds of years, Aleppo became a trademark for laurel soap, it built a superior reputation dating back to 2000 BC. The traditional Aleppo industry reached international markets by wide exporting processes.

Some Aleppo families are unique in producing soap, which was made in traditional soap factories where equipment was installed in old historical buildings. The industry was not only local, but manufacturing materials were also brought from several Syrian places, such as olive oil which is an essential ingredient, brought from areas west and north of Aleppo. As for the laurel oil, which gives the soap its fragrant smell and green color, it comes from the forests of the coastal mountains located between Antakya and Kasab. Soap is not made without the alkaline substance that is extracted from burning the plant (Eshnan), which is widespread in the Syrian desert. 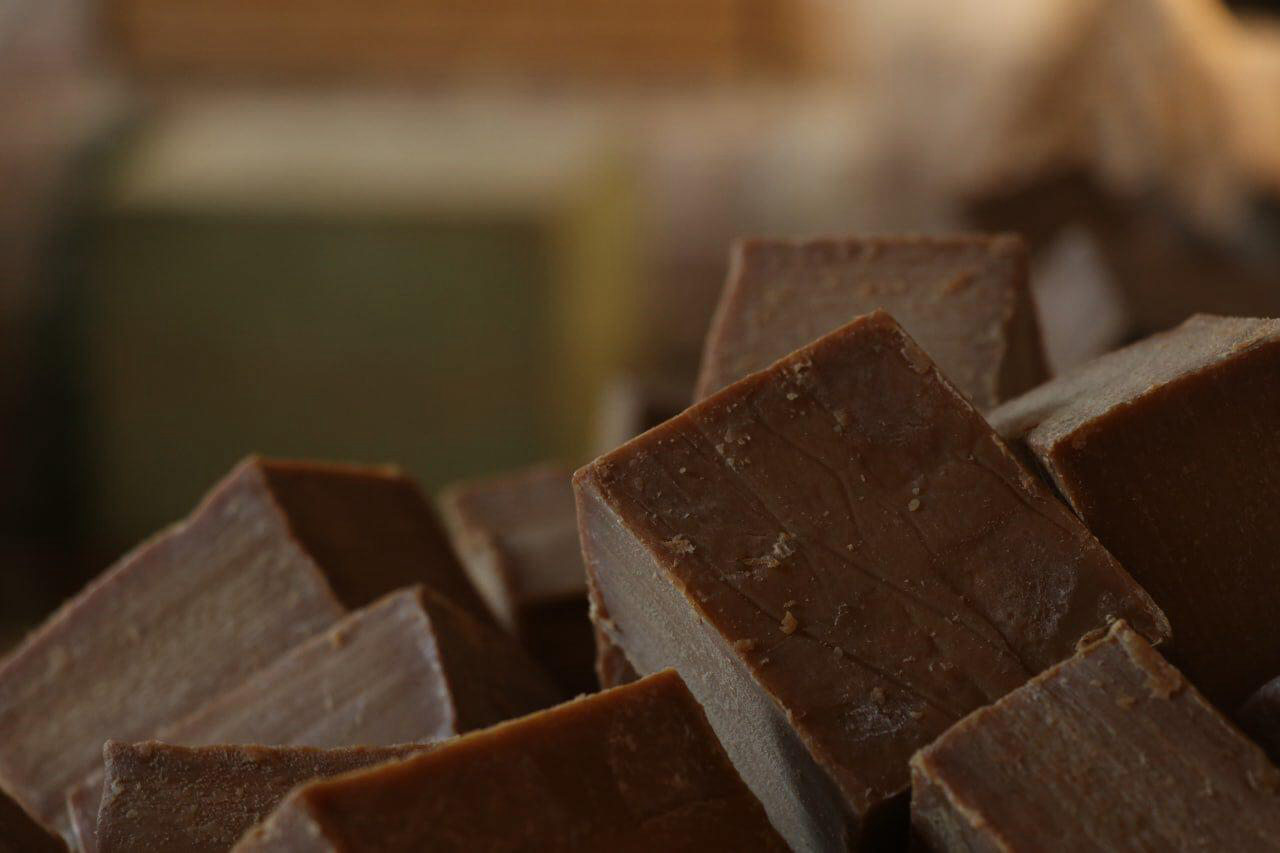 Laurel soap cubes, made entirely of natural ingredients that can be found in many areas in Syria. /CGTN

Laurel soap cubes, made entirely of natural ingredients that can be found in many areas in Syria. /CGTN

The beginning of the Middle Ages witnessed the emergence of the first soap-making workshops in Aleppo, specifically in the Bab Qansrine neighborhood. This activity soon moved to the northwest and southwest of Bahsita neighborhood, where olive oil comes through Bab al-Jinan. Al-Masaben Street, which leads from Bab al-Jinan to the Citadel, contained more than 20 workshops, and it led north to the Al-Masaben neighborhood, which was demolished in 1975.

The Zanabilli soap factory, located outside Bab al-Nasr, was working in the laurel soap industry since 1771. They resumed production in 2017 after a restoration process took place in 2016, when rebels left eastern Aleppo, and the famous factory was destroyed, Safwan Zanabelli, the current owner of the factory said. The Jubaili soap factory in Bab al-Nasr is among the oldest soap factories in Aleppo, dating back to the middle or late 18th century. 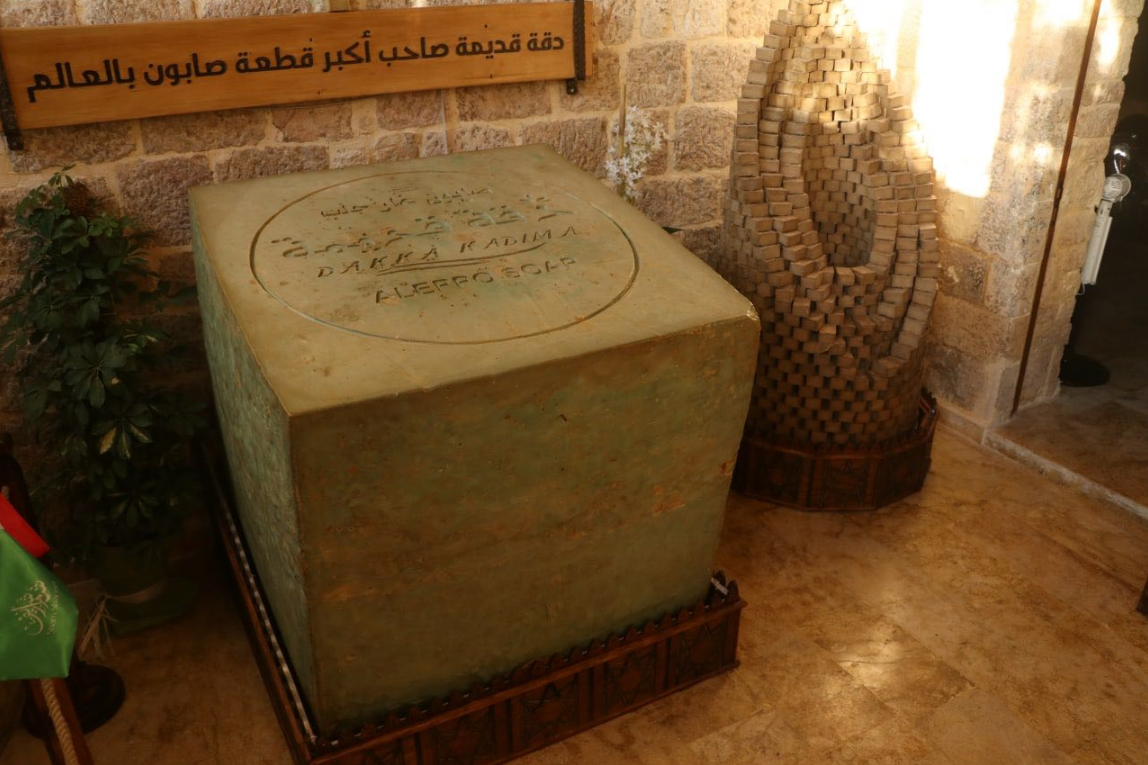 Biggest laurel soap cube in the world in Khan al-Saboun with a weight of 1,520 kilograms. /CGTN

Biggest laurel soap cube in the world in Khan al-Saboun with a weight of 1,520 kilograms. /CGTN

As the industry spread, new families emerged in the field of manufacturing, including: Salhia, Hammami, Obaji, Abu Dan, Fattal, and Khayyat.

However, despite the fame of the traditional Aleppo soap industry, the number of factories has shrunk greatly in the old city during the 20th century, leaving six factories distributed over two areas: the first is Bab Qansreen, which includes the Jubaili and Saboni soap factories, and the second is Bab Al-Nasr, where the Zanabilli and Jbeili soap factories are located next to the Rezayeh School (Othmani School). 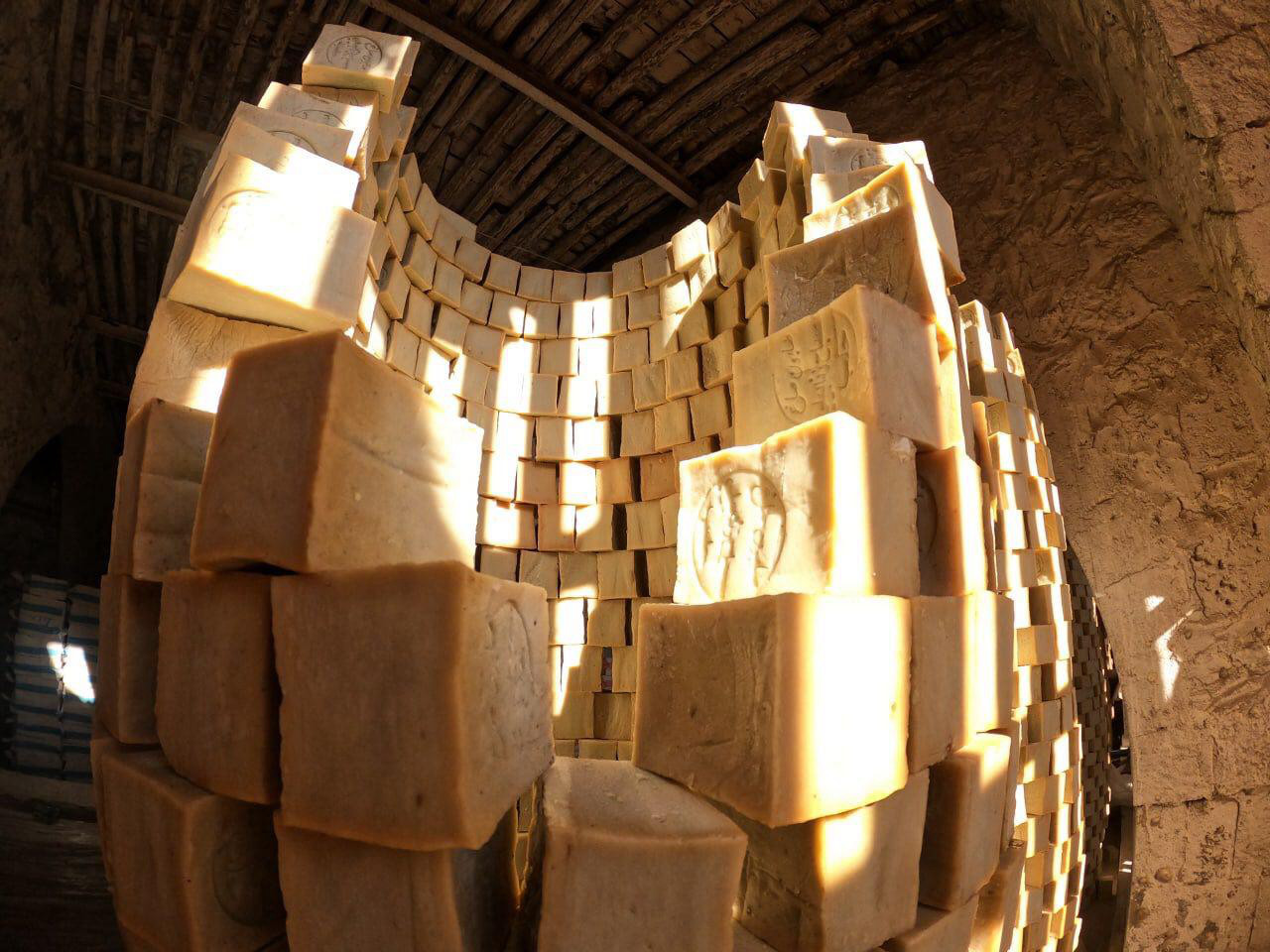 Today, the traditional soap industry faces the difficulties of the economic situation that affects Syria, from which Aleppo harvested the lion's share after the destruction of half of the city, and its own heavy energy crisis, as well as the export obstacles related to the economic blockade and the economic sanctions that restricted cash dealings with other countries, Zanabelli said.