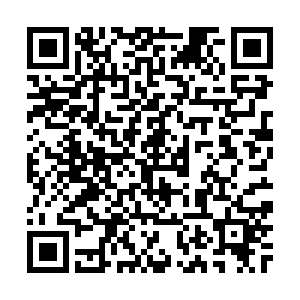 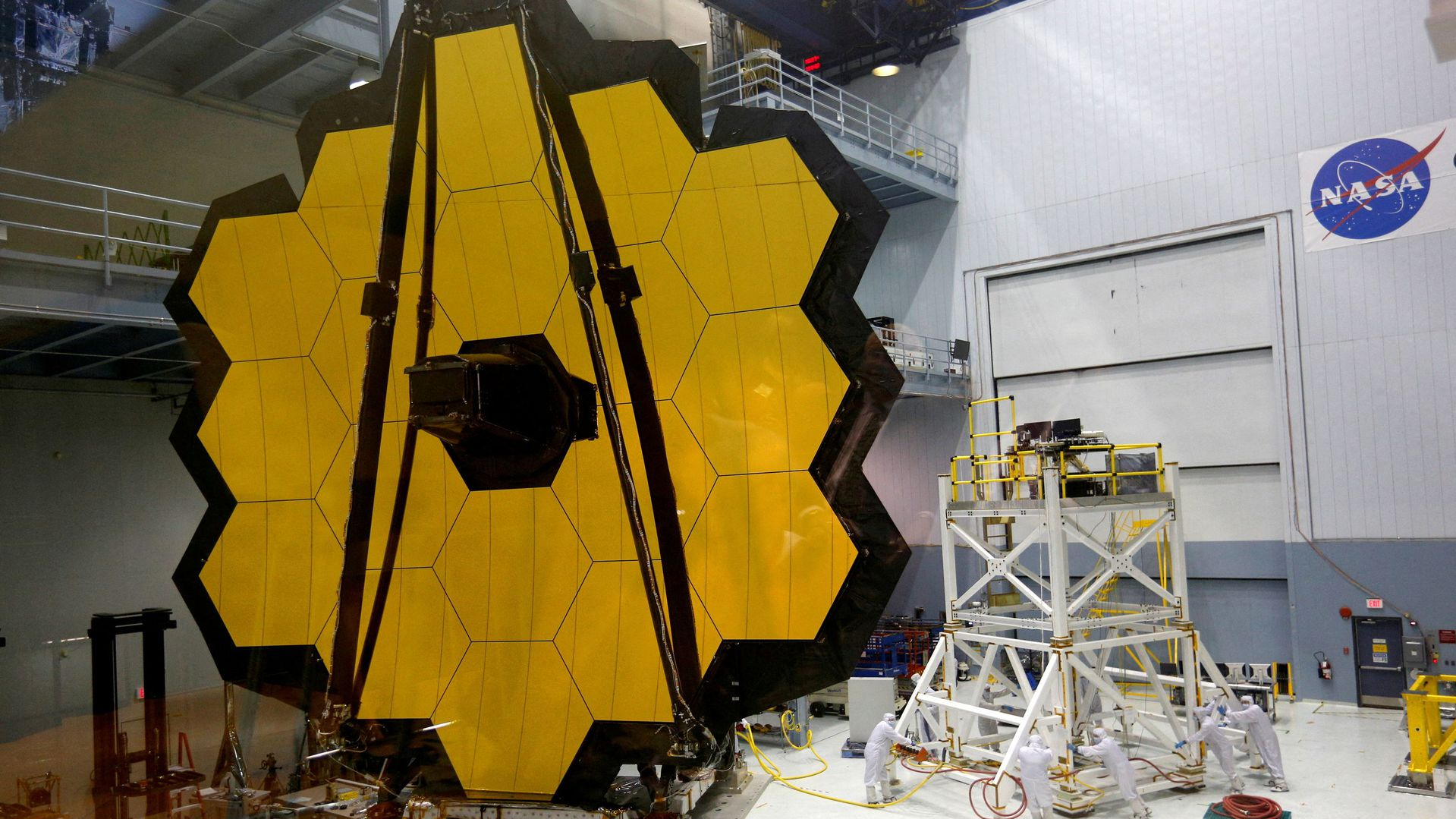 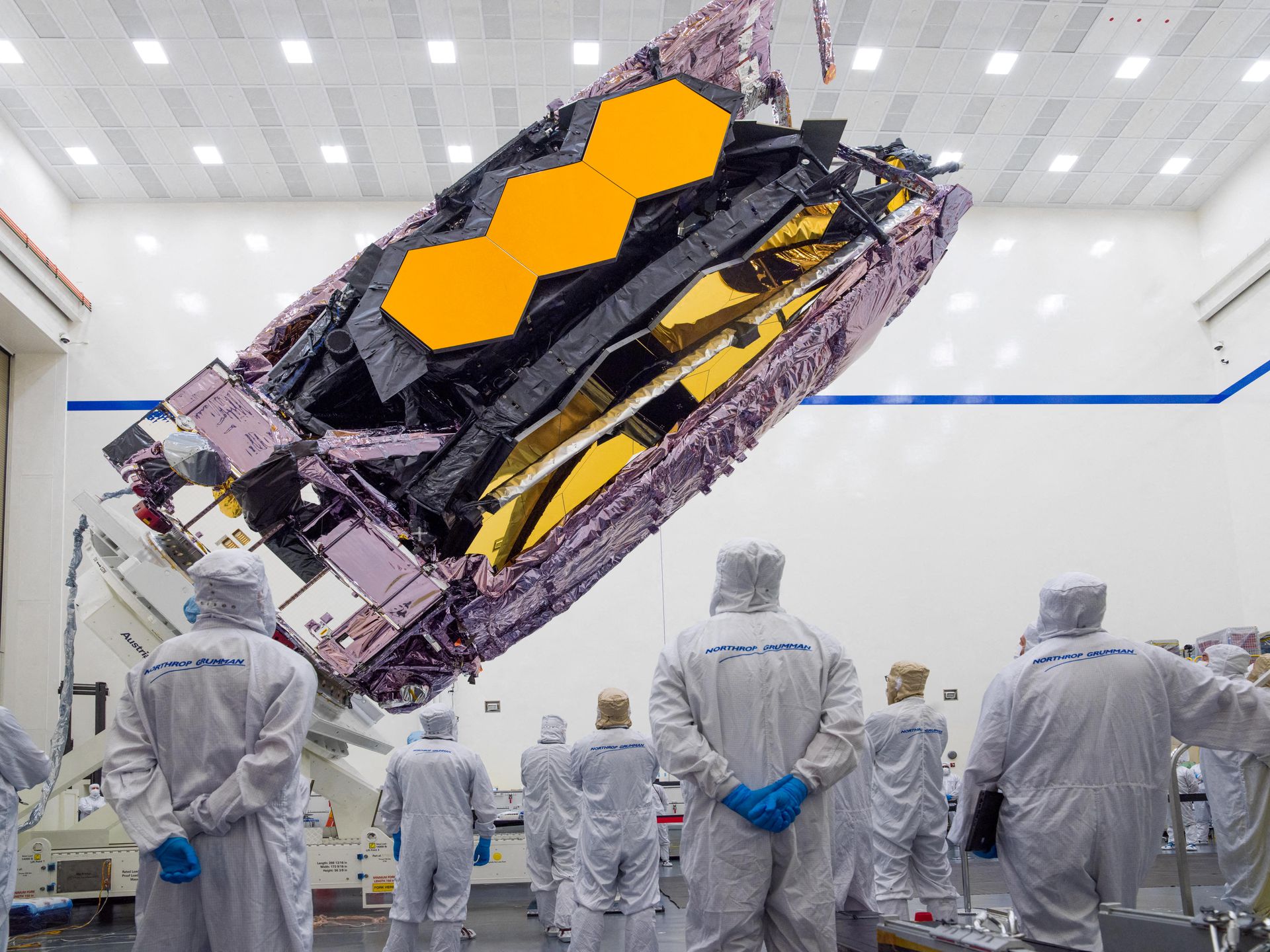 The James Webb Space Telescope is packed up for shipment to its launch site in Kourou, French Guiana in an undated photograph at Northrop Grumman's Space Park in Redondo Beach, California. /Reuters

The James Webb Space Telescope is packed up for shipment to its launch site in Kourou, French Guiana in an undated photograph at Northrop Grumman's Space Park in Redondo Beach, California. /Reuters 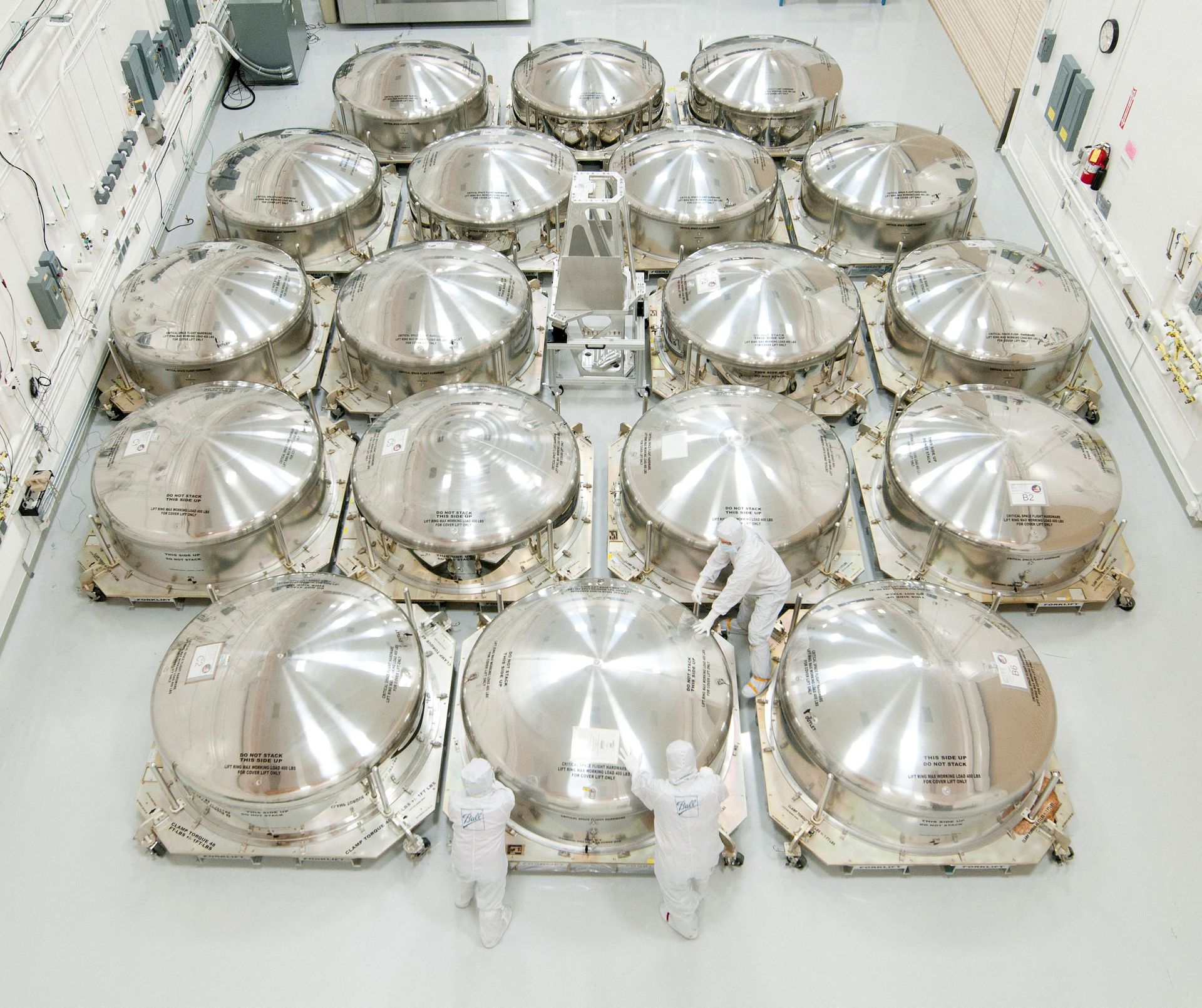 Mirror segments made by Ball Aerospace & Technologies Corp. for the James Webb Space Telescope are packed in special shipping canisters in this undated NASA handout photo in Boulder, Colorado released on September 19, 2012. /Reuters

Mirror segments made by Ball Aerospace & Technologies Corp. for the James Webb Space Telescope are packed in special shipping canisters in this undated NASA handout photo in Boulder, Colorado released on September 19, 2012. /Reuters

NASA's James Webb Space Telescope, designed to give the world an unprecedented glimpse into the earliest stages of the universe, arrived at its gravitational parking spot in orbit around the sun on Monday, almost 1 million miles from Earth.

With a final course-correcting maneuver by on-board rocket thrusters, Webb reached its destination at a position of orbital stability between the Earth and sun known as Lagrange Point Two, or L2, arriving one month after launch, the space agency said on its website.

The thrusters were activated by mission control engineers at the Space Telescope Science Institute in Baltimore, and the ground team used radio signals to confirm that Webb was successfully "inserted" into an orbital loop around L2.

From its vantage point in space, Webb will follow a special "halo" path in constant alignment with Earth, as the planet and telescope circle the sun in tandem, enabling uninterrupted radio contact.

By comparison, Webb's 30-year-old predecessor, the Hubble Space Telescope, orbits the Earth from 340 miles (547 km) away, passing in and out of the planet's shadow every 90 minutes.

The combined pull of the sun and Earth at L2 will hold the telescope firmly in place so it takes little additional rocket thrust to keep Webb from drifting, Eric Smith, NASA's program scientist for Webb, told Reuters in an interview last week.

Its size and design to operate mainly in the infrared spectrum will allow Webb to peer through clouds of gas and dust and observe objects at greater distances, thus farther back in time, than Hubble or any other telescope.

These features are expected to usher in a revolution in astronomy, giving a first view of infant galaxies dating to just 100 million years after the Big Bang, the theoretical flashpoint that set the expansion of the known universe in motion an estimated 13.8 billion years ago.

Webb's instruments also make it ideal to search for signs of potentially life-supporting atmospheres around scores of newly documented exoplanets – celestial bodies orbiting distant stars – and to observe worlds much closer to home, such as Mars and Saturn's icy moon Titan.

It will take several more months of work to prepare Webb for its astronomical debut.

The 18 segments of its principal mirror, which had been folded together to fit inside the cargo bay of the rocket that carried the telescope to space, were unfurled with the rest of its structural components during a two-week period following Webb's launch on December 25.

Those segments were recently detached from fasteners that held them in place for the launch and slowly moved forward half an inch from their original configuration, allowing them to be adjusted into a single, unbroken, light-collecting surface.

The 18 segments now need to be aligned to achieve the mirror's proper focus, a process that will take three months to complete.

As the alignment progresses, ground teams will start activating the observatory's spectrograph, camera and other instruments. This will be followed by two months calibrating the instruments themselves, Smith said.

If all goes smoothly, Webb should be ready to begin making observations by early summer, with initial images used to demonstrate the instruments function properly.

But Smith said Webb's most ambitious work, including plans to train its mirror on objects farthest from Earth, will take longer to conduct.

The telescope is an international collaboration led by NASA in partnership with the European and Canadian space agencies. Northrop Grumman Corp (NOC.N) was the primary contractor.