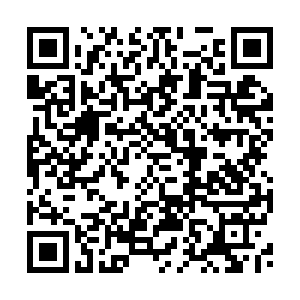 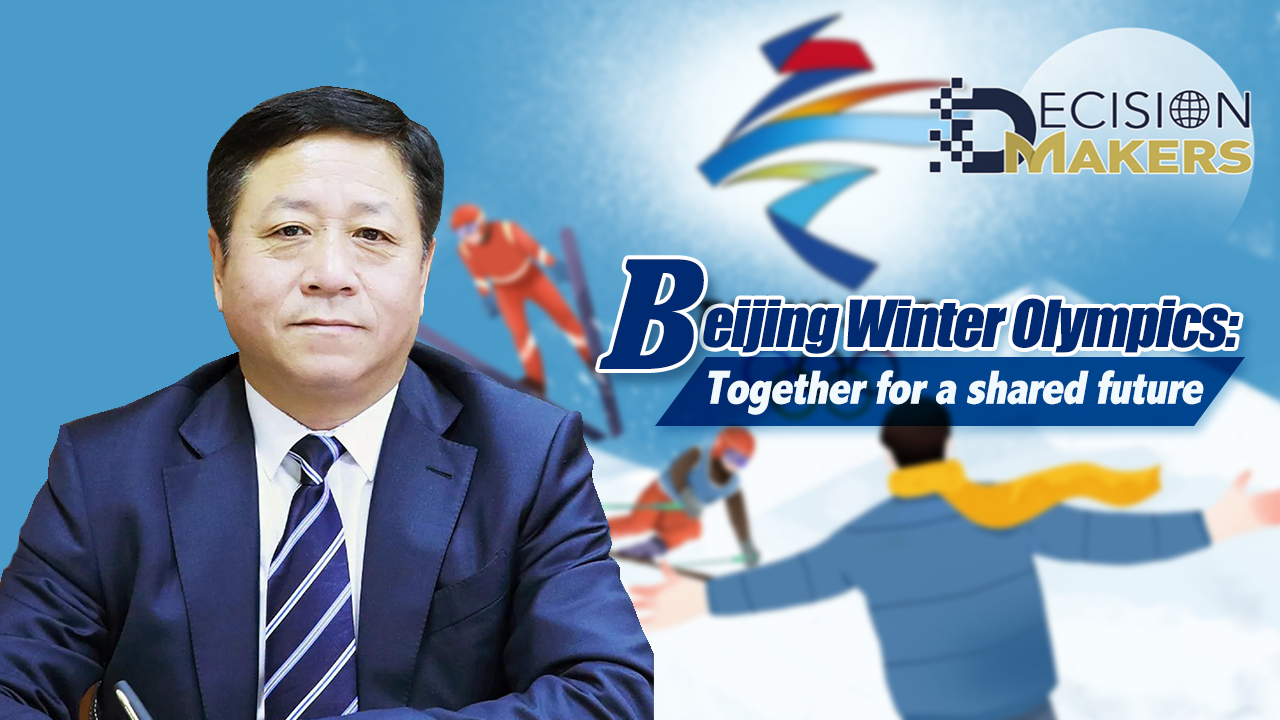 Editor's note: Decision Makers is a global platform for influential leaders to share their insights on events shaping today's world. Zhang Hanhui is the Ambassador Extraordinary and Plenipotentiary of the People's Republic of China to the Russian Federation. The article reflects the author's opinions and not necessarily those of CGTN.

The 2022 Beijing Olympics is in the final countdown. Just like the message of the theme song "Together for a shared future," people from participating countries are eagerly anticipating the joy, warmth and confidence that the games will bring to a world overshadowed by the COVID-19 pandemic. Equally expected is a renewal of the success, amazement and excitement of the 2008 Beijing Olympics.

With meticulous preparation, sophisticated organization, strict anti-pandemic measures and participation of athletes, Beijing, as the first city in the world to host both the Summer and Winter Olympic Games, will undoubtedly deliver a spectacular, safe and extraordinary sports and cultural extravaganza in 2022.

We are living in a time of unprecedented global changes and a once-in-a-century pandemic. As global issues keep cropping up, humanity is at a crossroads of development. We need, more than ever, to build consensus upon the Olympic spirit of mutual understanding, friendship, solidarity and fair play, and to courageously and determinedly fight against the pandemic under the Olympic banner of "Faster, Higher, Stronger."

For the world, the 2022 Beijing Olympics is not only a grand gathering of snow sports athletes and fans, but also a platform for countries to stand side by side to exhibit human tenacity and endurance, and it will go down in Olympic and human histories as such.

This year's Olympics will also be one of many firsts: the first time the Winter Olympics comes to the world's most populous country where 300 million Chinese will take part in snow sports will represent a significant progress of winter sports globally; the first time a new Olympic model underpinned by a "green, inclusive, open and clean" approach is developed to promote the long-term development of the Olympic cause; and the first time the concept of technology-driven sustainability is followed to its truest sense, where the carbon dioxide transcritical direct cooling ice making technology and electricity sourced from renewable energy resources will be used exclusively, an all-inclusive 5G network will be set up and smart technologies such as service delivery robots will be deployed.

This Olympics will also serve as a window for the world to understand many facets of modern China, including the achievements of its modernization drive, its new development philosophies, Chinese people's confidence, and the strong leadership and governance capabilities of the Communist Party of China.

Nevertheless, although the upcoming Winter Games is of great significance for the development of the human society, some countries, led by the U.S., pulled political tricks and sought to boycott it. While they ostensibly used the so-called human rights issue in Xinjiang Uygur Autonomous Region as an excuse for the boycott, their real intention was to politicize sports, contain China and maintain the U.S. hegemony.

A blatant violation of the principle of "political neutrality" of sports established in the Olympic Charter and of the Olympic motto of "Faster, Higher, Stronger – Together," such act will be unanimously condemned by the international community. 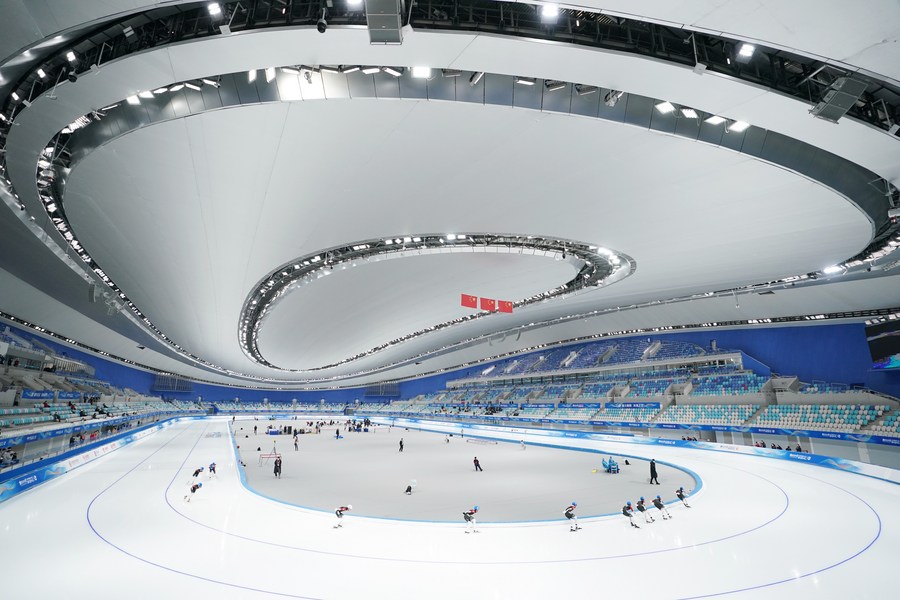 Skaters compete during the speed skating test program for the 2022 Olympic and Paralympic Winter Games at the National Speed Skating Oval in Beijing, capital of China, April 10, 2021. /Xinhua

Skaters compete during the speed skating test program for the 2022 Olympic and Paralympic Winter Games at the National Speed Skating Oval in Beijing, capital of China, April 10, 2021. /Xinhua

President of the International Olympic Committee Thomas Bach noted, "the support of the international community for these Winter Games is very evident and is very much welcome"; Russian President Vladimir Putin and heads of several other countries strongly criticized the behavior of the U.S.; even Washington went back on its own words by planning to send officials to Beijing for the games, suggesting that the political manipulation, which is against the Olympic spirit and undermines human solidarity, stands no chance of gaining support and will end up as nothing more than a political grandstanding.

As a world sports power and one of the countries that have won the most Olympic gold medals, China in recent years has made great strides in the development of snow sports. Apart from building considerable advantages in a variety of winter sports including freestyle skiing, snowboard, short track speed skating, speed skating, figure skating, etc., the country also has a number of gold medal hopefuls such as Eileen Gu, Liu Jiayu, Wu Dajing, Ren Ziwei and Gao Yuting. Chinese athletes will make history in this year's Olympics by competing in all 109 events.

In addition, China has introduced the "14th Five-Year" Sports Development Plan, laying out the measures it will take to popularize snow sports, develop the snow sports industry and reinforce its global influence in winter sports.

It is particularly worth mentioning that China and Russia have maintained a long-term partnership in winter sports training and sports research, a case in point being ice hockey. Several senior Russian ice hockey coaches have long been training Chinese athletes in China.

China's national ice hockey team, after spending five months in Russia for a training program last year, saw both their competitiveness and practical skills effectively strengthened. We believe both Chinese and Russian athletes will perform outstandingly in Beijing Winter Games.

Sports carries a nation's aspiration for prosperity and is also an area of great opportunities where cooperation is broadly welcomed by the Chinese and Russian people. To deepen the traditional friendship and facilitate friendly exchanges, heads of the two countries have jointly decided to celebrate the years 2022 and 2023 as the China-Russia Years of Sports Exchange, which will be the eighth bilateral themed year event and the first of its kind in the area of sports. We will seize the opportunity presented by this event to further strengthen the bonds and mutual understanding between the two peoples.

Finally, we would like to extend our warmest welcome to President Vladimir Putin and anticipate his visit to China for the opening ceremony. We firmly believe that the meeting at the Olympics between the heads of the two countries will not only enhance political mutual trust and reciprocal cooperation in various fields, but also add great splendor to the 2022 Beijing Games.

Beijing looks forward to seeing you at the Olympics!