Download
The West must return to Westphalian principles
William Jones 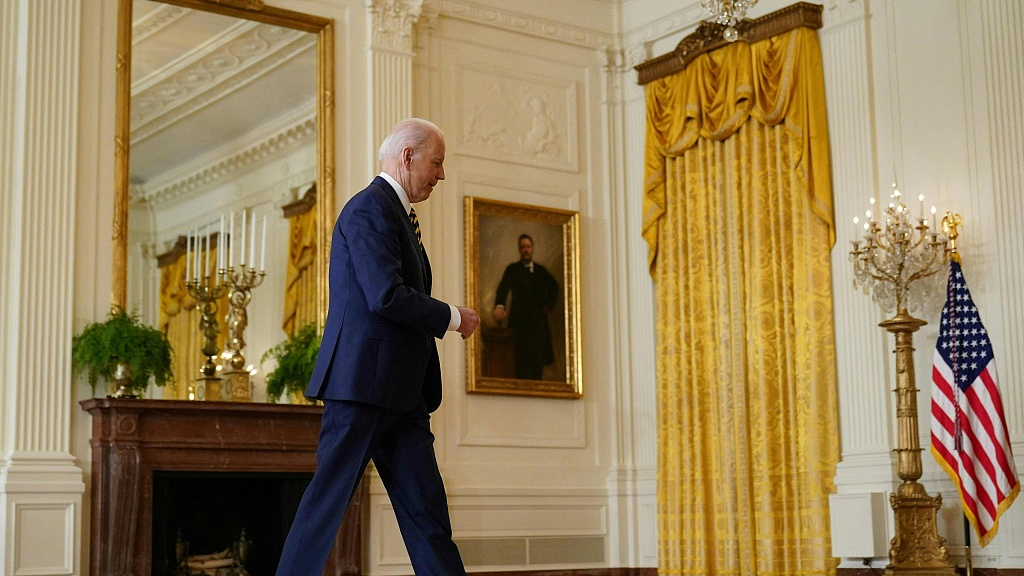 U.S. President Joe Biden leaves after speaking at a news conference in the East Room of the White House, in Washington, D.C., January 19, 2022. /VCG

U.S. President Joe Biden leaves after speaking at a news conference in the East Room of the White House, in Washington, D.C., January 19, 2022. /VCG

Editor's note: William Jones is the former White House correspondent for Executive Intelligence Review and a non-resident fellow of the Chongyang Institute for Financial Studies. The article reflects the author's opinions and not necessarily the views of CGTN.

As the state of the world seems to be on the brink of serious conflict based on a wrong-headed and biased view by the leading Western nations of the global changes not seen in a century, and particularly by the United States, we must begin to examine the erroneous principles on which the recent actions of Western governments have been based in order to avoid catastrophe. The most acute crisis today is that between the U.S. and Russia, but with the U.S.-China relationship also experiencing serious tensions, stability on the entire planet is threatened.

People are talking about the situation as a new cold war. I think this characterization is somewhat misplaced. The significant ideological differences that existed between the Soviet Union and the U.S. do not exist in either the U.S.-Russia or in the U.S.-China relationship. What we are seeing today is more similar to the period after the Napoleonic wars in Europe when the "allies" of that war created a Holy Alliance that was meant to steer the direction of all the nations of Europe, indeed, all the nations of the world. In essence, it is an attempt by the Western nations, in particular, the Anglo-American contingent, to create a rather unholy "alliance of democracies" which they feel should make the rules for how the world is to be governed.

The dominance of the West in global governance today is belied by the dramatic changes in the world economy. The rise of China and the rise of Asia generally, as the most populous region in the world, has changed the calculus of global governance. Such dramatic changes should require a rethinking of the structures of global governance which better reflect those changes. These changes would imply, for instance, that the G7 industrial countries would cede much of its previous influence to the larger G20, which comprises the overwhelming majority of the world, as well as the most important economies of the world.

But ceding any power does not come easy to those who have been accustomed to wielding it for so long. And so we are faced with a concerted effort by the Western elites, led by the British and the Americans, to reassert the unipolar world that existed in the wake of the demise of the Soviet Union. This policy now, as we see in Ukraine, can well lead to that nuclear confrontation that the world has spent the last 50 years trying to avoid. 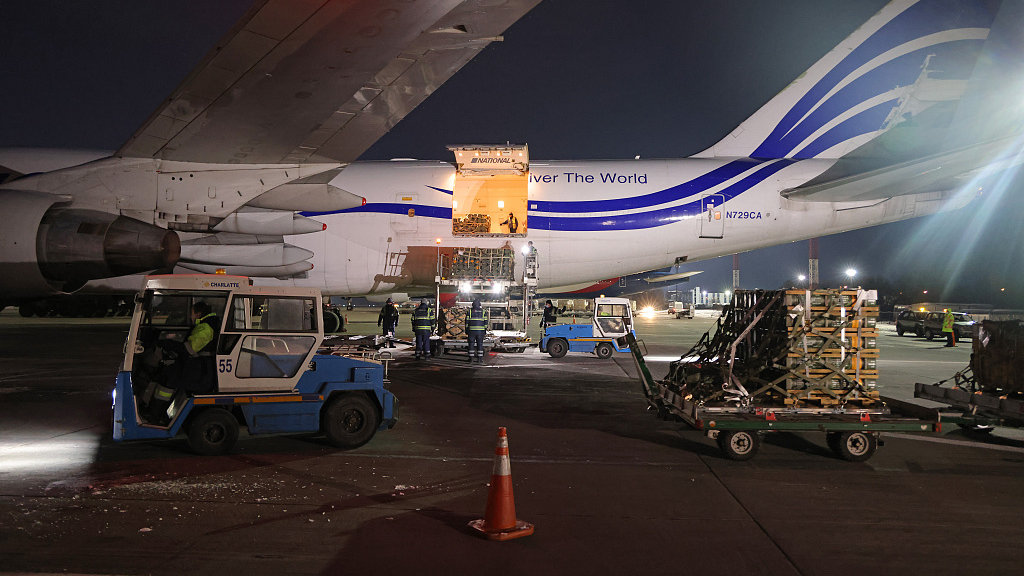 Ground personnel unload weapons, including Javelin anti-tank missiles, and other military hardware delivered on a National Airlines plane by the U.S. military at Boryspil Airport near Kyiv, in Boryspil, Ukraine, January 25, 2022. /VCG

Ground personnel unload weapons, including Javelin anti-tank missiles, and other military hardware delivered on a National Airlines plane by the U.S. military at Boryspil Airport near Kyiv, in Boryspil, Ukraine, January 25, 2022. /VCG

If we are to avert a catastrophe, Western nations must look for a different model of conducting policy than that of alliances. And they could well look back to the agreements in 1648 that led to the conclusion of the Thirty Years' War on the European continent, codified in the Peace of Westphalia. The conflict in that war was a quest for power, but it also involved religious differences. To pull the nations out of that conflict, which had taken a grievous toll on all the European nations, the parties agreed to a policy based on respect for sovereignty, non-interference and respect for religious differences. The basic principle of the treaty was that the agreement must take consideration to the "good of the other," or what we would call today "win-win cooperation." This has become a successful principle of diplomacy generally, but has been sorely neglected as the West continues to engage in geopolitical power plays in a futile attempt to reassert its hegemony.

With the demise of the Soviet Union, in 1992, political scientist Francis Fukuyama coined the concept "end of history."  His assumption was that "liberal democracy" would then become the dominant form for all nations, and these nations would then live peacefully together. History has proven otherwise. Today, most of the "liberal democracies" in the West are seriously rent by profound crises of confidence among their peoples. Models other than the "liberal democracy" have proven to be more stable – and beneficial to their people, whether we are viewing China or Russia, or other countries in the Arab and Muslim world or in Africa, which also reflect different cultural values than the Western "liberal democracy" outlook.

Almost every country in the West is now confronted with re-establishing an effective working relationship with their own populations as they attempt to overcome the COVID-19 crisis. Trying to foist on others a model which has shown such serious flaws can only lead to more chaos – and possible war. Rethinking a Westphalian solution to the serious rifts which are now pushing the world toward conflict should be high on the agenda of every well-intentioned political leader. But judging from the mindset now exhibited by most government leaders, this may be a forlorn ambition. For the sake of mankind, let's hope it is not.