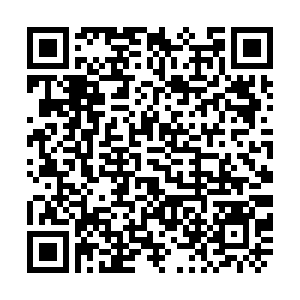 The wetlands near Qinghai Lake were completely frozen when we arrived at the end of December 2021. We drove around the lake and walked on the ice for days to search for whooper swans. Besides a pair of swans foraging on the cropland, we didn't see a flock at all. 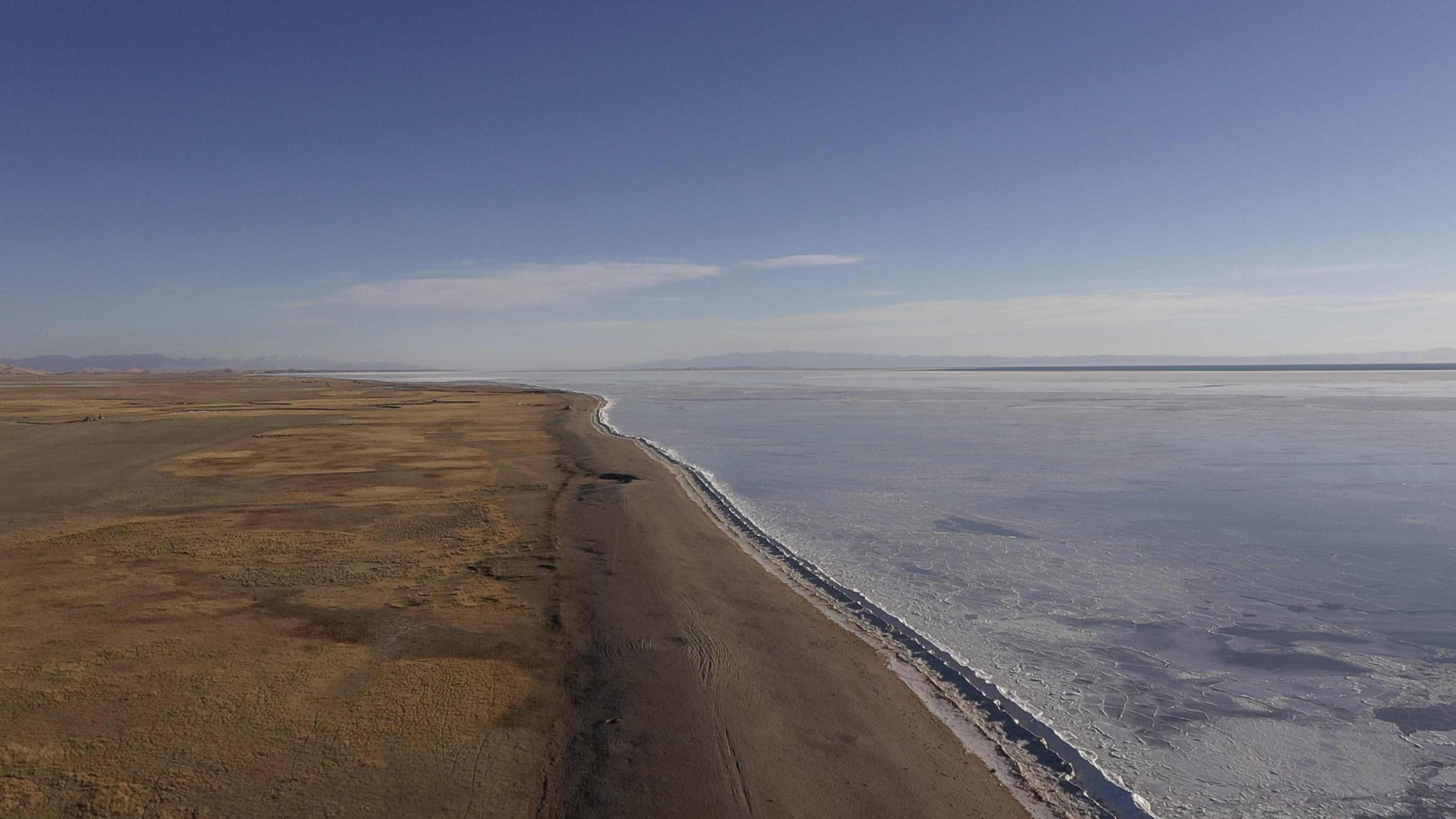 About 10 years ago, thousands of whooper swans were seen wintering at Qinghai Lake, China's largest lake. But a January 2021 investigation revealed there were only 241 whooper swans wintering in the area. At the same time in 2020, the number was 335, indicating that whooper swans are gradually leaving the lake.

We arrived at the Trelnag Temple, which sits beside the Quanwan wetland, about 100 meters away from Qinghai Lake. There were some teenage monks playing basketball in the yard. We asked if they had ever seen swans nearby; their answer was disappointing. "We haven't seen them at all this year," they replied. 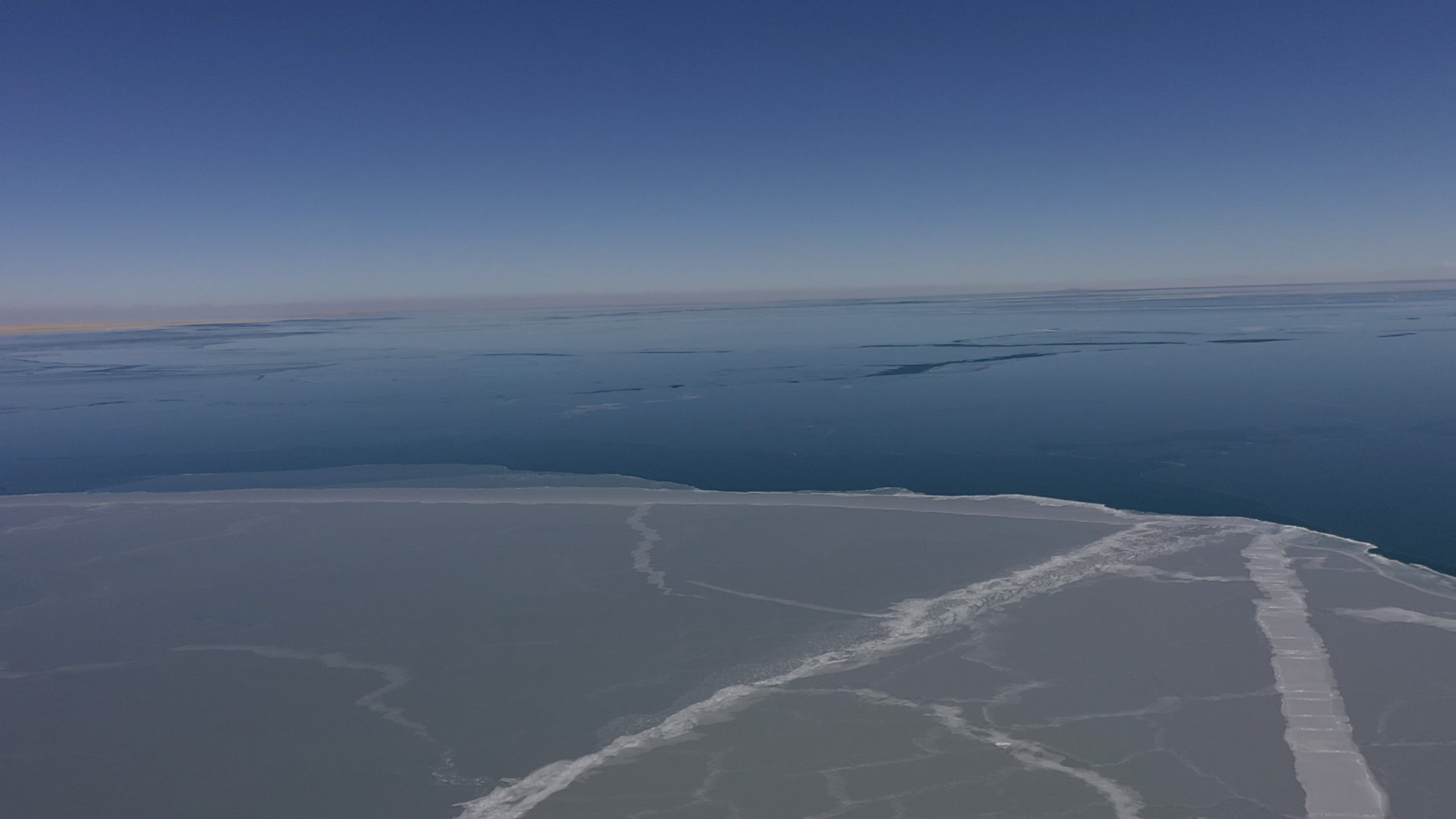 The water is gradually freezing, with no swans in sight, December 25, 2021. /CGTN

The water is gradually freezing, with no swans in sight, December 25, 2021. /CGTN

There's a reason whooper swans migrate to Qinghai Lake: Although the frozen lake cannot provide food for the swans, springs near the lakeside prevent the surrounding areas from freezing, allowing the swans to forage in the water and enjoy their "winter holiday."

China has been devoted to nature conservation projects for years, and the water level of Qinghai Lake has continued to rise due to this protection work, as well as climate change. The water level has returned to where it was in the early 1960s.

Lake expansion benefits the local ecology, but the water also submerged nearby springs and wetlands. When the temperature drops, these areas freeze, forcing the whooper swans to leave the lake for other wintering spots. 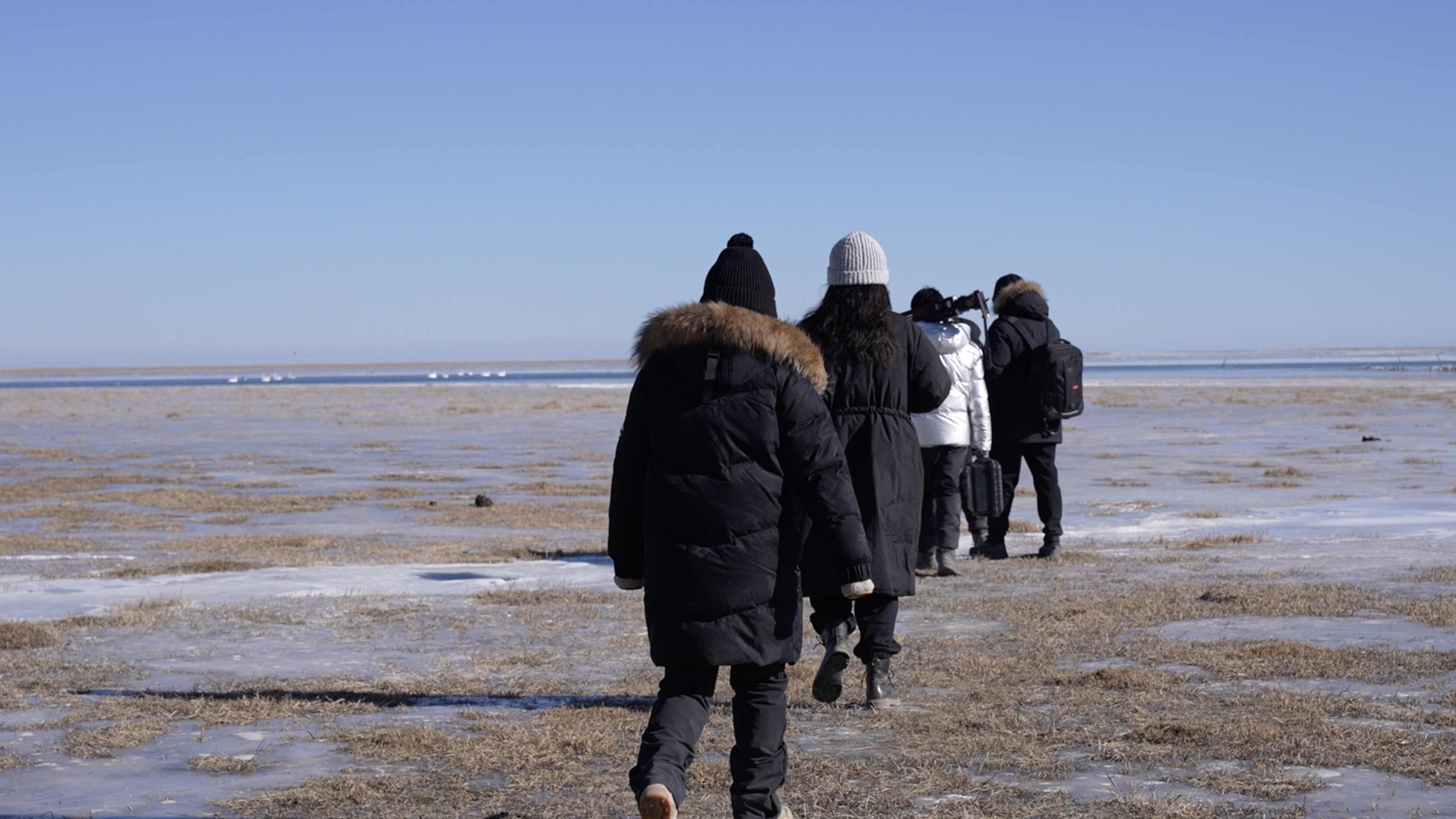 Standing on the hill near the temple, the crew members almost gave up today's search until we saw some moving white dots in the distance.

Similar to other areas, the Quanwan wetland was also covered in ice, besides a small river channel stretching from the wetland to the inner lake. 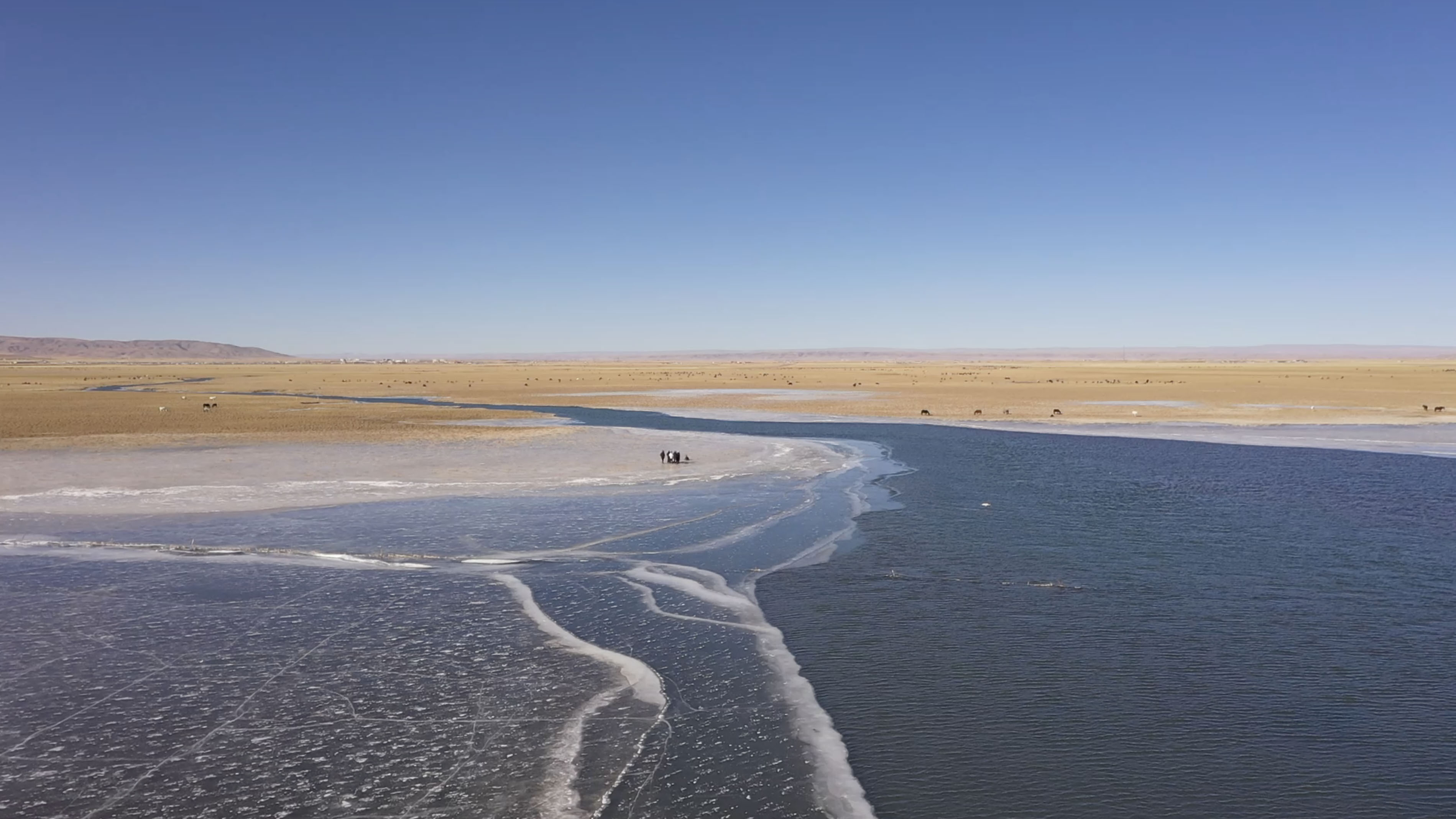 With one last hope, we drove toward the wetland and walked on the ice until we reached the edge of the frozen lake.

There were about a hundred whooper swans wandering in the water. The low temperature couldn't cool the excited hearts of the crew members. 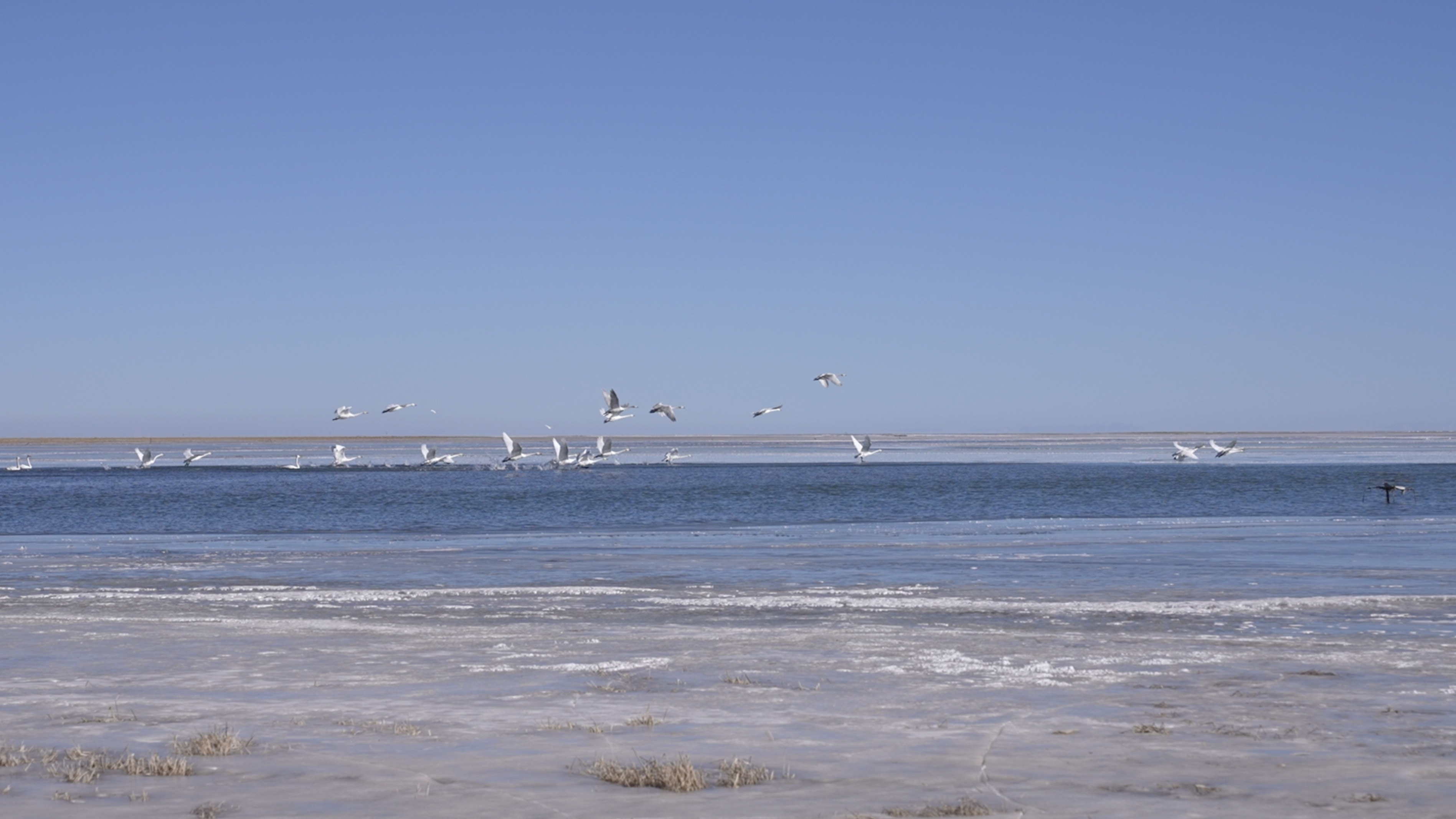 Environmental changes can lead to many consequences. It's hard to judge if these changes are good or bad, right or wrong. We don't know if this will be the last flock wintering here, but we do believe their vitality is stronger than we thought.

For more on Qinghai Lake:

You've seen shepherd dogs, but he has a 'shepherd gazelle'