Download
CMG Forum: Together for a high-tech Winter Olympics
CGTN 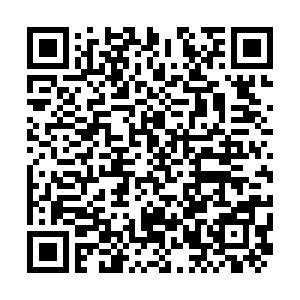 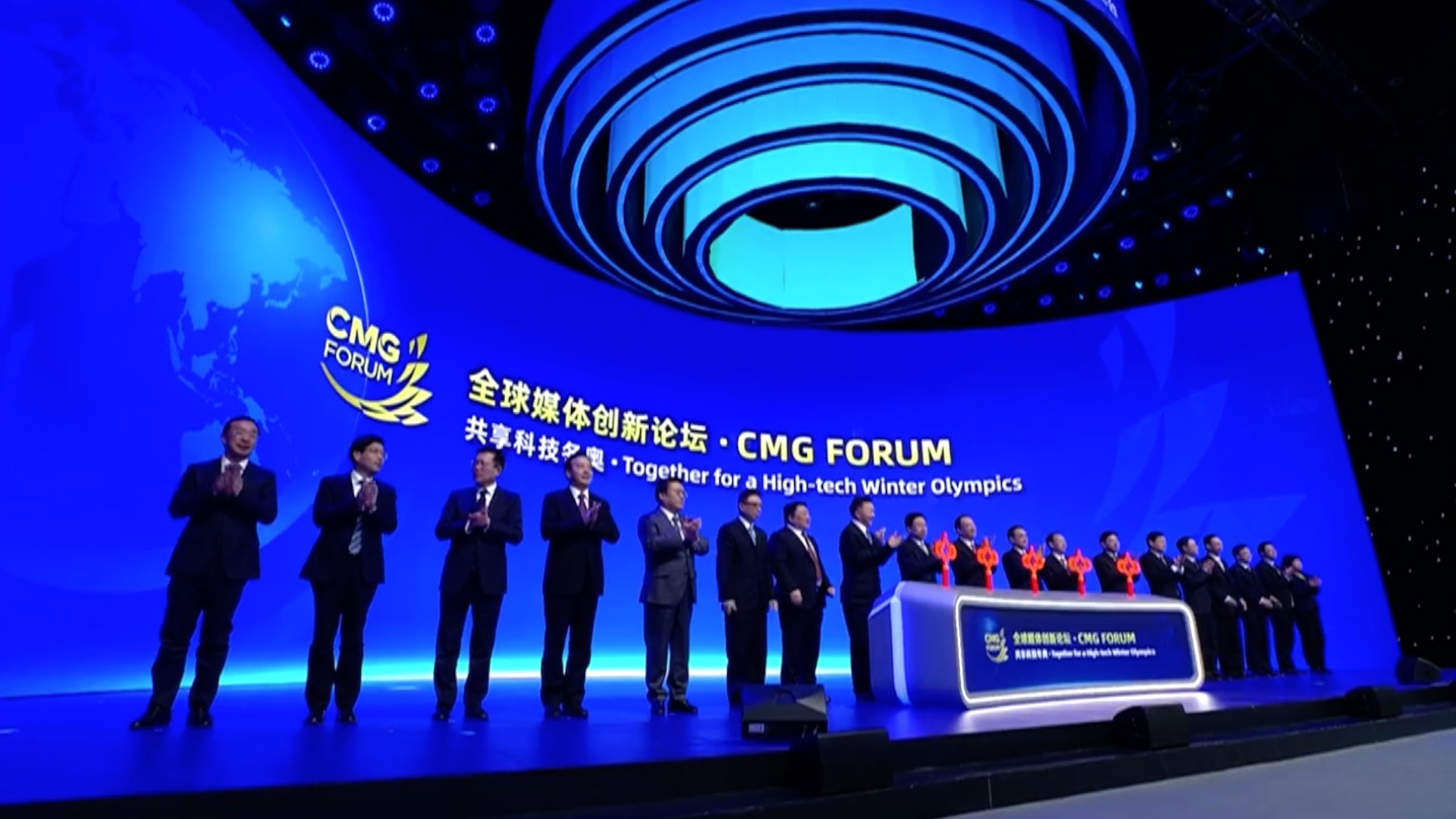 CMG, a rights-holding broadcaster of the Winter Olympics, hosted a forum on Wednesday in Beijing under the theme of "Together for a high-tech Winter Olympics." Representatives of 145 media agencies and international organizations from 78 countries and regions attended the event online.

CMG committed to presenting the Games with innovative tech

Shen Haixiong, president and editor-in-chief of CMG, said CMG has always been committed to using innovative technologies to broadcast the Olympic Games and showcase the charm of the Olympics.

CMG live broadcast the Olympic events on its 4K ultra-high definition (Ultra HD) channel for the first time in the world during the Tokyo Olympic Games last year, Shen said.

"We will firmly remain a practitioner and communicator of media innovation and work together with global media partners and cooperate well with the IOC to present a splendid, extraordinary and outstanding Olympic Winter Games Beijing 2022," he said.

To better present the sporting events, a 5G-powered studio has been launched on the high-speed train from Beijing to Zhangjiakou. Its stable and fast 4K transmission allows reporters covering the Winter Olympics to conduct interviews on the train with guests elsewhere.

Virtual reality (VR) will also be used, among other high-tech applications. Ultra-high-speed cameras and cone-shaped cameras will be used to capture fast-moving athletes.

Thomas Bach, president of the International Olympic Committee (IOC), sent his congratulations to the forum via video link, saying "the Olympic Winter Games Beijing 2022 will change the landscape of winter sports forever."

He said CMG and CCTV have been "invaluable partners for the IOC." 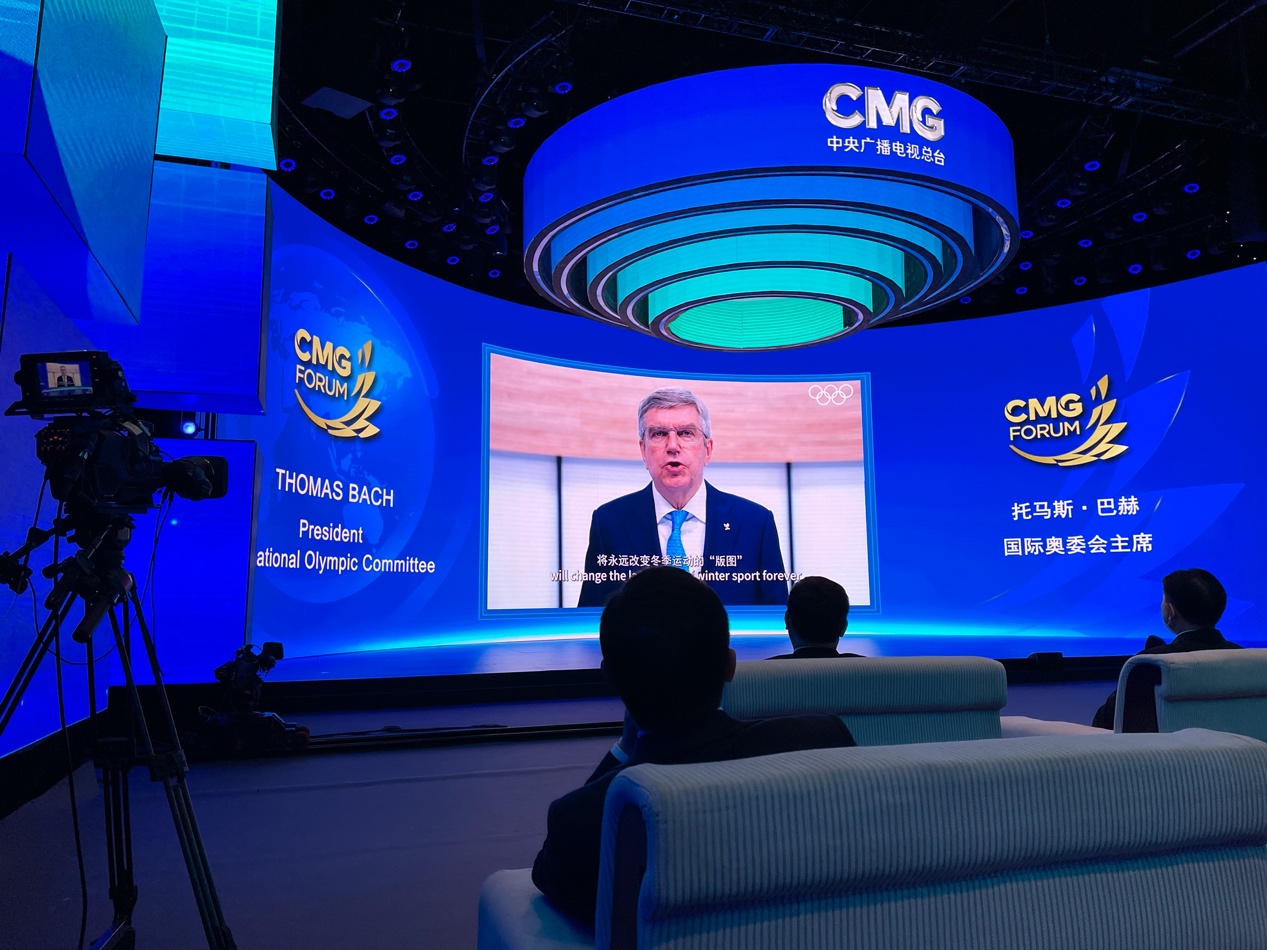 Oleg Dobrodeyev, general director of the All-Russia State Television and Radio Broadcasting Company, said via video, "What appeals to me the most is the technological innovations and new ideas adopted by CMG in reporting the 2022 Beijing Winter Olympics."

He said China's technological innovation will "help the world directly and closely feel and watch the Winter Olympics."

Gou Zhongwen, president of the Chinese Olympic Committee, said he believes CMG will show the world an extraordinary Olympic Games and open a new chapter in Olympic history.

"In response to President Xi's call, [CMG] has kept innovating to update broadcasting technologies and perfecting the audiovisual experience of the Olympic Games for the audience," he said.

He said CMG will achieve its mission to interpret "the concept of hosting a green, shared, open and clean Olympics."

At the forum, CMG, the Asia-Pacific Broadcasting Union, the Arab States Broadcasting Union, the European News Exchange and the Alianza Informativa Latinoamericana launched "The Joint Initiative of the First CMG Forum," calling for media worldwide to take the Beijing Games as an opportunity to promote innovation, undertake their responsibilities and mission, spread the Olympic values and encourage human society to move forward hand in hand.