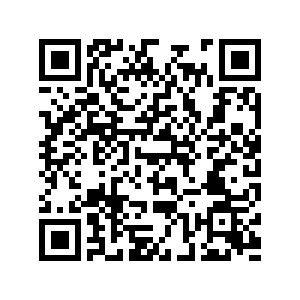 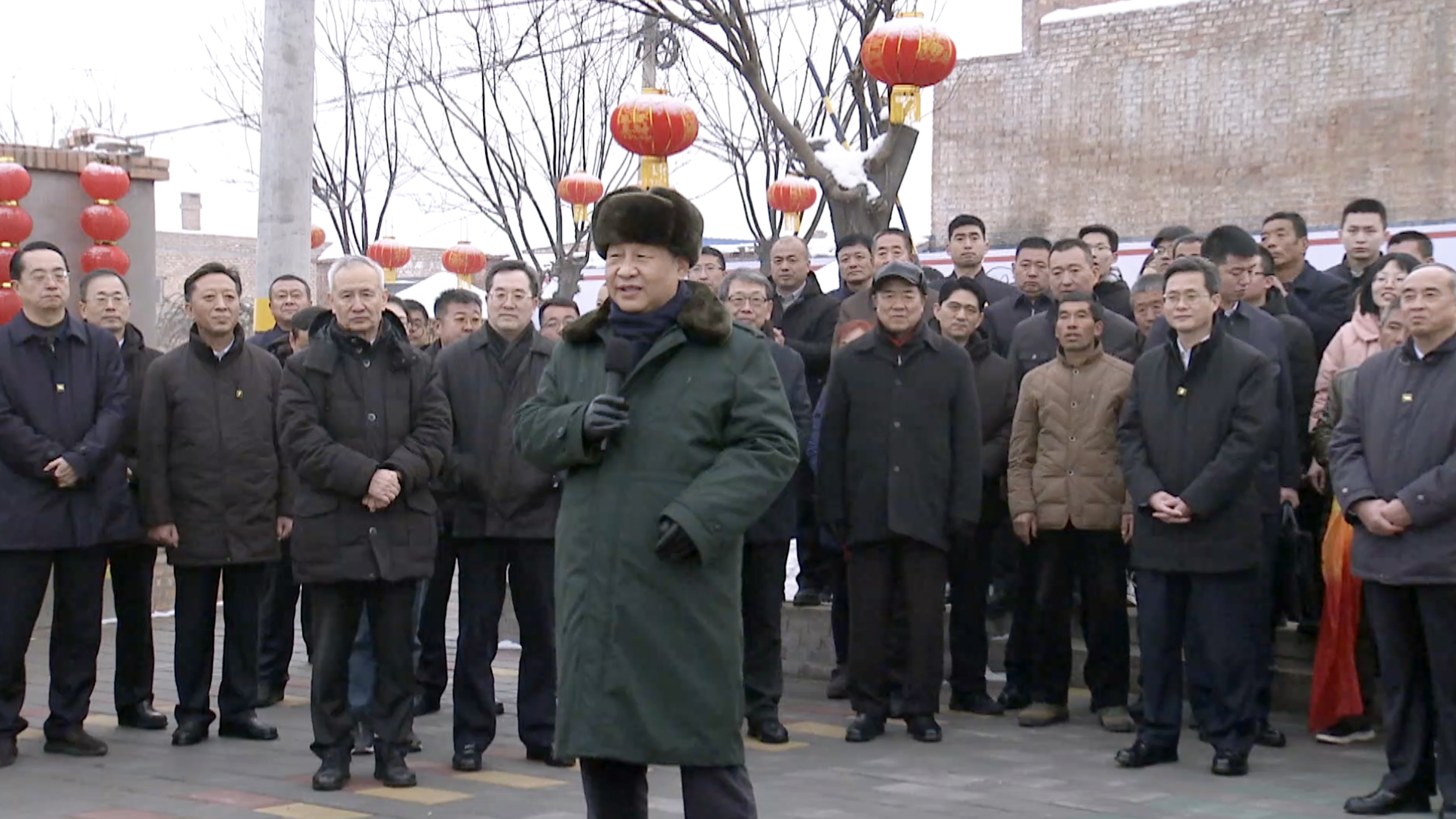 The Chinese New Year, which is also called the Spring Festival, is the most important Chinese festival centering on family reunions. It's like a combination of Christmas and New Year in the West.

The Spring Festival falls on February 1 this year. From mouthwatering food to new clothes, decorations and entertainment, Chinese families celebrate the festival, hoping for a fresh start and good fortune for the year to come.

Chinese President Xi Jinping joined residents in north China's Shanxi Province days ahead of the Spring Festival as he began a visit on Wednesday.

For 10 years in a row, Xi has made it a tradition to visit people in different parts of China, delivering warm greetings and best wishes. 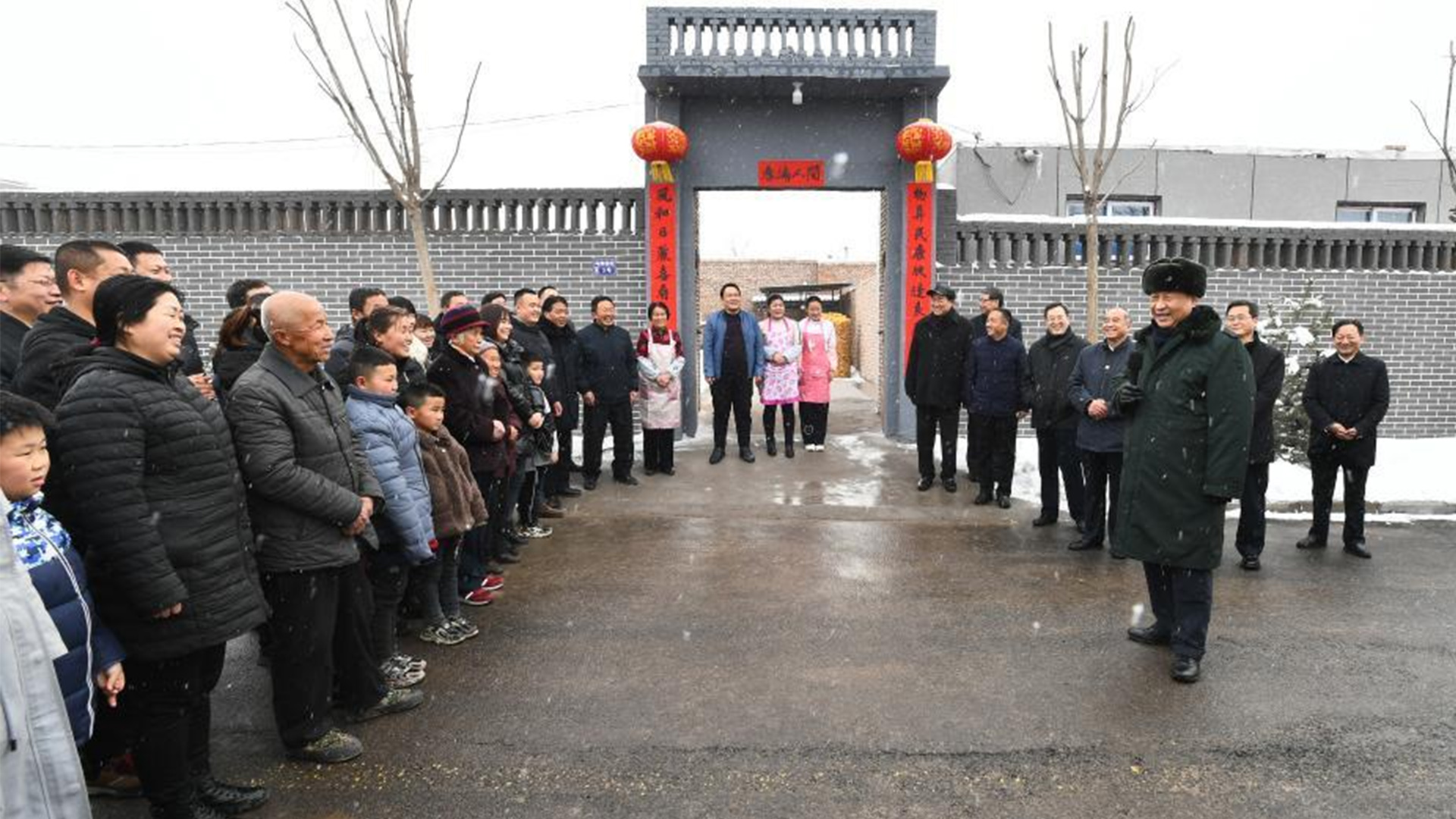 Braving the snow, Xi on Wednesday went to Fengnanyuan Village of Huozhou City, where he visited people affected by the flooding last year that disrupted the lives of 1.76 million residents in Shanxi.

"I came to Shanxi today primarily out of the concern for people whose work and lives were affected by last year's disaster," Xi told the villagers.

After inspecting the post-disaster reconstruction as well as local work in restoring farming and ensuring the public's access to heating in winter, Xi said, "I feel assured."

On his past pre-Spring Festival tours, Xi sat down with residents, listened to their concerns and joined them for festival preparations ranging from making sticky rice cakes to frying dough and pasting red paper cuttings.

Xi's trips are an example of his "people first" approach, which not only shows these rural residents that they have not been forgotten but also leaves them with a sense of hope for better lives in the year to come. 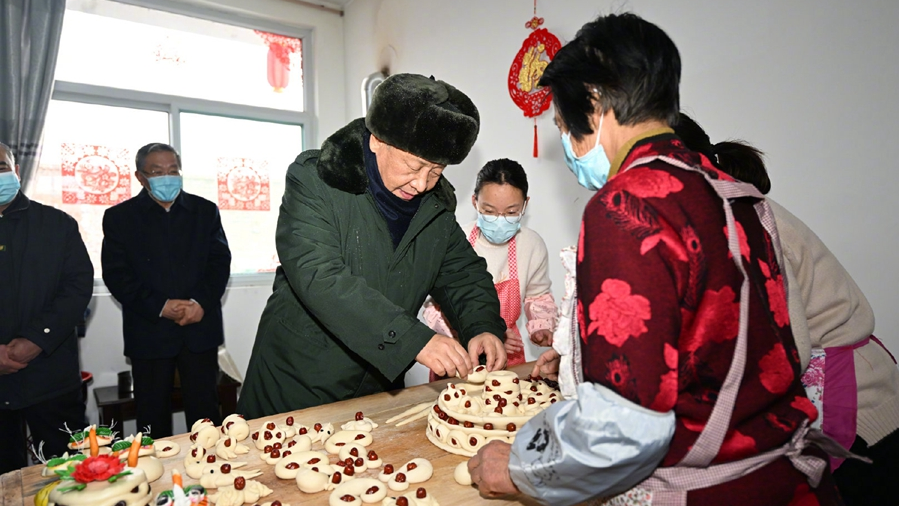 During the inspection tour to Duancun Village of Fenxi County on Wednesday afternoon, Xi urged more work to consolidate achievements in poverty alleviation by promoting rural vitalization, an indispensable part of the country's modernization drive.

He told a group of villagers that modernization of rural areas will be realized and the residents will have an increasingly promising future.

In February 2021, China officially declared that it had eliminated absolute poverty, meaning the Chinese people realized a long-cherished wish for ample food and clothing as well as comfortable housing.

Since then, China has been working to foster rural industries, promote the application of agricultural technologies and nurture beautiful countryside.