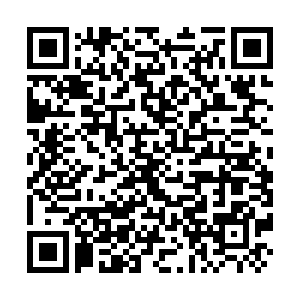 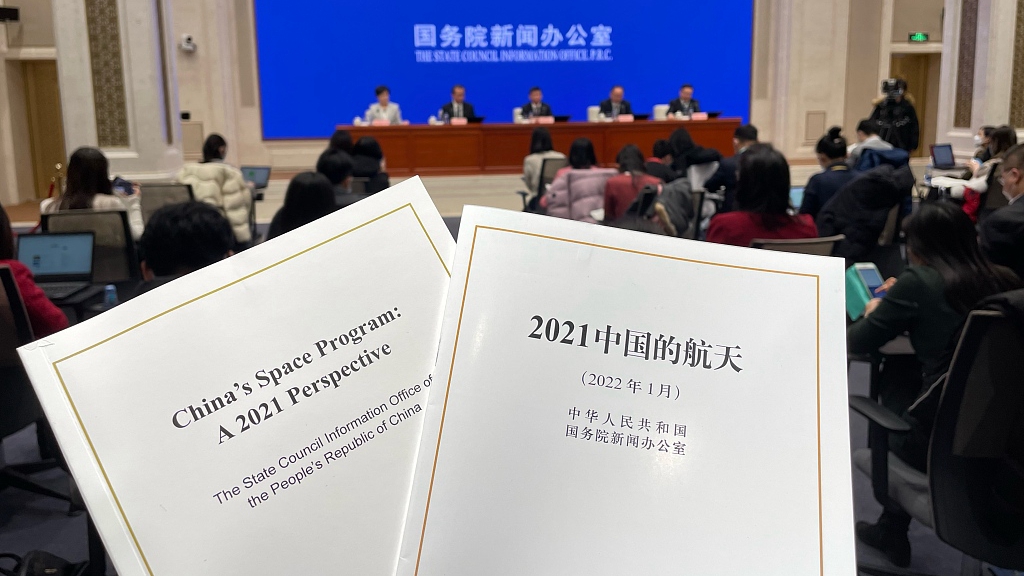 The white paper released by China's State Council Information Office is not only a comprehensive summary of China's achievements in the space field during the past five years, but also a thorough description of the country's future plans for space industry. The white paper depicts a blueprint for China to become an advanced country in space field.

Establishing a shared destiny for all human being

As pointed out by Wu Yanhua, deputy director of the China National Space Administration (CNSA), China mainly focused on developing and mastering technologies during the past, and now it pays more attention to applications and utilization of space technologies.

During the years since 1970, of while some countries were capable of executing space exploration missions, China was a follower of those nations that conducted scientific and engineering research trying to master the necessary space technologies, such as space transportation, spacecraft design, launching site construction and setting up Telemetry, Telecontrol and Communication (TT&C) systems. That is the reason why we had so many space programs that were mainly conducted for technological demonstration.

But the last five years is a very special period because China has made a lot of important breakthroughs in multiple fields, and it's already the appropriate time to transfer the phase of the country's space industry from development to application. As the white paper says, "Guided by the concept of a global community of shared future…China will contribute more to protecting the earth, improving people's well-being, and serving human progress."

As it has been summarized by the white paper, there are plenty of major achievements in China's space industry which can satisfy the need for international cooperation in space exploration.

For example, China's self-developed BeiDou Navigation Satellite System (BDS) has been put into use across many different areas, and the large-scale application of BDS has entered a critical stage of marketization, industrialization and internationalization. Also, data from China's Fengyun meteorological satellite and Haiyang ocean observation satellite can be used to better help reduce disaster, monitor climate change and even serve for daily life.

This has shown China's determination to build a shared destiny of all human kind in space field. In the future, the services based on China's satellites and downstream applications will be widely used both domestically and internationally. 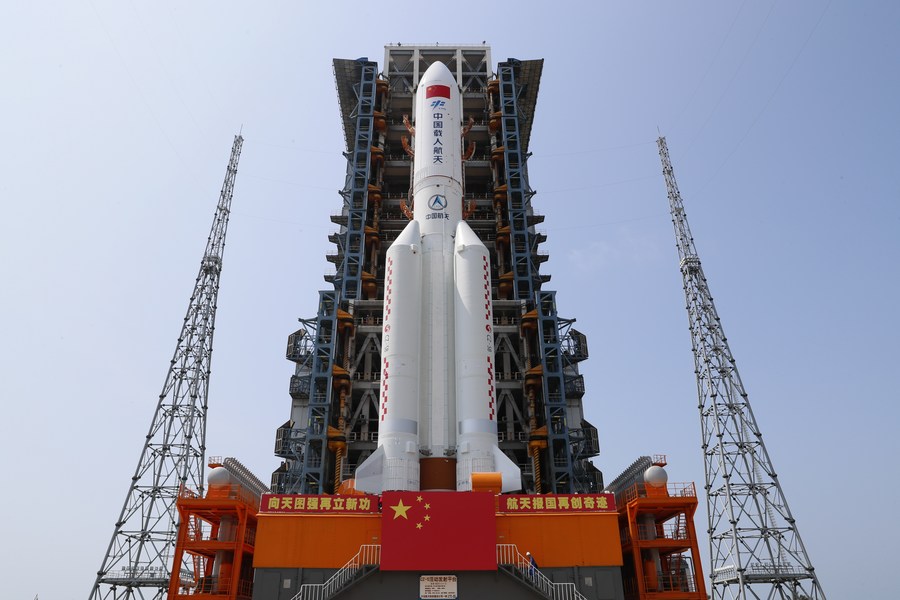 The combination of the core module of China's space station, Tianhe, and the Long March-5B Y2 rocket after it was transported to the launching area of the Wenchang Spacecraft Launch Site in south China's Hainan Province, April 23, 2021. /Xinhua

The combination of the core module of China's space station, Tianhe, and the Long March-5B Y2 rocket after it was transported to the launching area of the Wenchang Spacecraft Launch Site in south China's Hainan Province, April 23, 2021. /Xinhua

Space exploration projects can help human-beings better understand the universe, but they usually comes with high financial costs. But a good international cooperation can greatly reduce the budget threshold.

As mentioned by Liu Jizhong, director of the Lunar Exploration and Space Program Center of the CNSA, China shares the scientific research data from the Chang'e probes and China's Mars rover Zhurong with other countries. China also has payload cooperation and receives assistance on TT&C support from other countries.

In the coming years, the International Lunar Scientific Research Station (ILRS) jointly proposed by China and Russia will be an important part of China's international cooperation. The ILRS not only focus on high-precision soft landing on the lunar surface, but aim to complete the in-orbit and surface facilities for energy, communication, transportation services, etc. China and Russia welcome all interested countries, international organizations and partners to cooperate in the project.

The white paper also mentioned about space education, and recognizes it as a very important part of China's future space plans. This is because space education has already done a great contribution not only in China's space industry, but also in almost all high-tech fields.

Since Yang Liwei, China's first astronaut entering space, fulfilled the millennium dream of China to access outer space in 2003, and the first space educational lecture conducted by Wang Yaping in Tiangong-1 space laboratory in 2013, increasing number of young students are inspired by their achievements and thus choosing science or technology as their lifetime career, which has greatly promoted the development of China's high-tech industry.

Chinese government has also realized the importance of space education. As detailed measures revealed by the white paper, in the future, China's space station will act as an important platform for education - Tiangong Classroom, where the first lesson has been taught by the Shenzhou-13 crew.

The white paper issued on Friday is of great significance not only because it concluded great achievements China has made during the past five years, but also because it has actually provided detailed plans to become an advanced country in space field. Also, for those countries that are willing to develop their space industry, the white paper serves as a precise reference of procedures required.