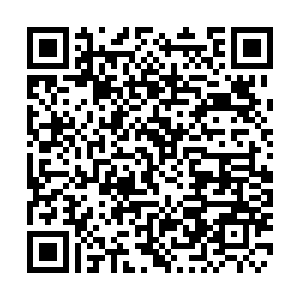 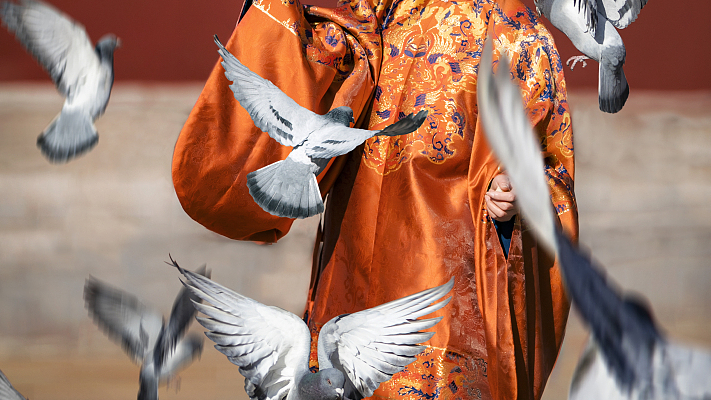 Red is the dress color that many Chinese people choose during the Spring Festival, and the same is true for hanfu. /CFP

Red is the dress color that many Chinese people choose during the Spring Festival, and the same is true for hanfu. /CFP

Like the New Year couplets and other decorations, new clothes also add to the festivity.

Hanfu, the traditional clothing for Han Chinese, an ethnic group that makes up more than 90 percent of the Chinese population, has seen a resurgence in recent years. Mainly favored by young people, the hanfu isn't only popular but has gained widespread acceptance as daily attire.

Generally, a hanfu outfit includes a shirt and a skirt. The shirt has crossed lapels and the sleeves are long and wide. The skirt is long and sometimes starts above the bosom.

With the continuous development of the hanfu industry in recent years, more and more young Chinese people wear hanfu during Spring Festival in addition to the Tang suit and cheongsam. 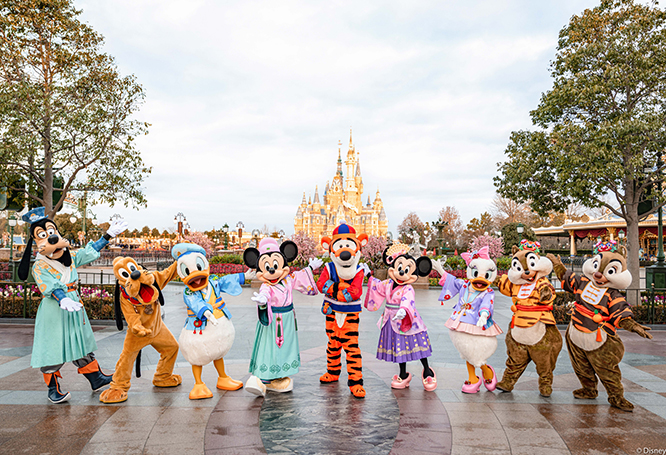 Guests are invited to meander through the arches and snap extra-special festive photos with friends and family. When they arrive at Tigger's zodiac mosaic, they will find it adorned with magnificent celebratory decorations to honor the Year of the Tiger.

Though some netizens criticized the new appearances as neither fish nor fowl, many accept Disney's attempt to embrace Chinese culture.

The hanfu's elegant cuts and fresh colors will bring something unique to your wardrobe. If you're looking for something dressier and eye-catching during the Spring Festival, hanfu is the answer.

For hanfu during the Spring Festival, people choose cloth with special patterns, including calabash, which sounds like "fu lu" in Chinese to mean good luck.

Also, when buying clothes for Chinese New Year, go for red. This is the best color for the occasion. 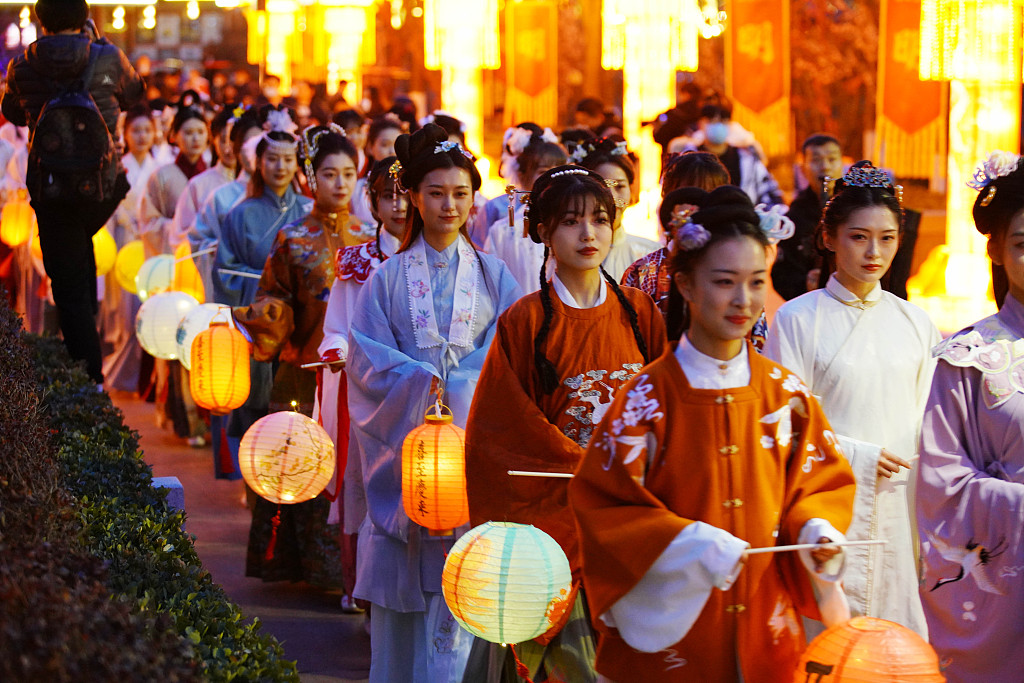 In recent years, many Hanfu clubs and enthusiasts have organized activities during the Spring Festival, like this event in Jinan in 2021. /CFP

In recent years, many Hanfu clubs and enthusiasts have organized activities during the Spring Festival, like this event in Jinan in 2021. /CFP

In ancient China, the solar terms and festivals not only guided people to farm according to the season, but also served as "barometers," guiding people to choose seasonal food and wear different clothes.

For most Chinese, red represents happiness and good luck, hence it is highly recommended during the Spring Festival. 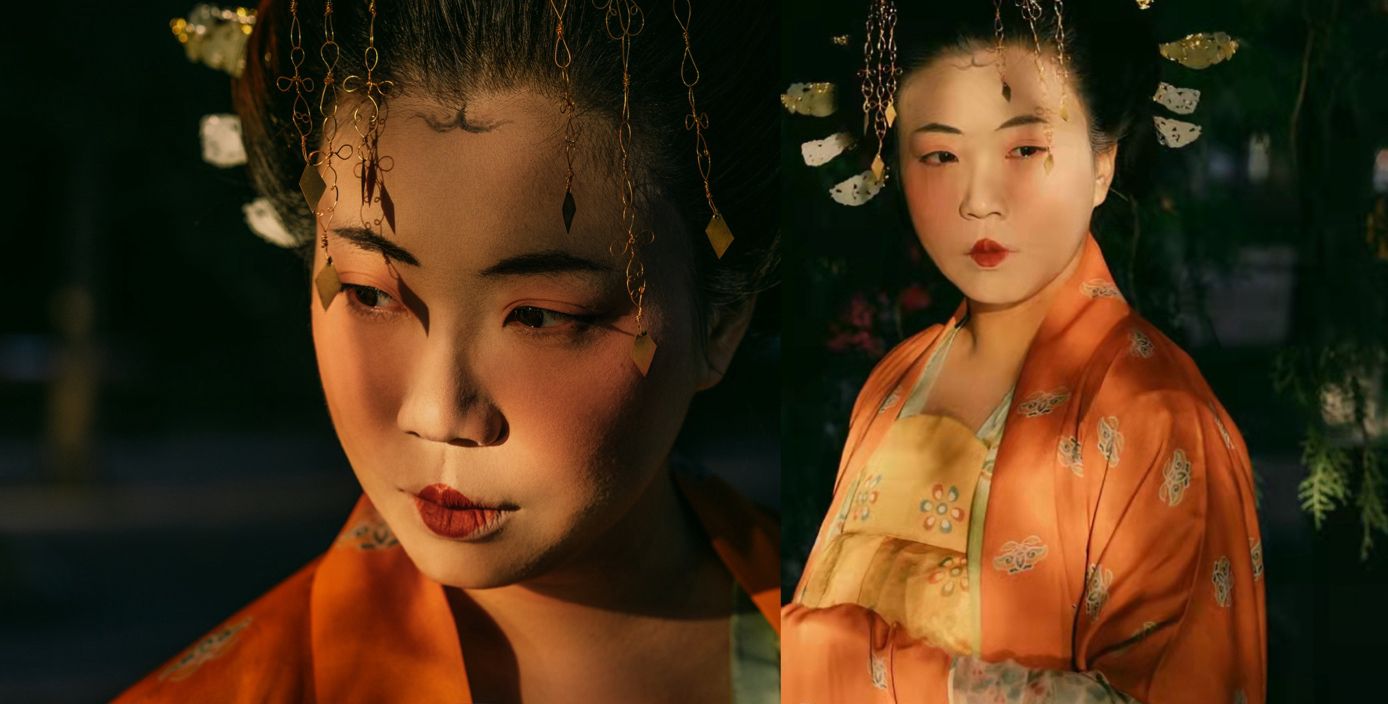 In this still, the blogger is wearing a Tang-style hanfu. /Yanzhidao

In this still, the blogger is wearing a Tang-style hanfu. /Yanzhidao

Take women's clothing as an example. Hanfu for the Tang Dynasty usually features a chest-high long dress, which highlights the curve of women's chests while hiding any belly fat. It goes with the sense of beauty in that time when people preferred curvy figures rather than slim ones.

The hanfu boom has seen a proliferation in styles. To cater to the diverse tastes of youth, some sellers are putting a fancy spin on this ancient attire. Some designs, although commonly seen as hanfu, are actually not considered authentic, as they aren't supported by archeological evidence.

At the same time, more and more hanfu lovers began to restore traditional hanfu based on historical facts, which is not only for the pursuit of fashion, but also for the inheritance of Chinese culture.

If you're walking down the street and you see someone wearing hanfu in China, don't be shy with your compliments. Go up and take a nice picture with them.