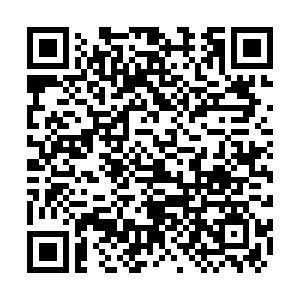 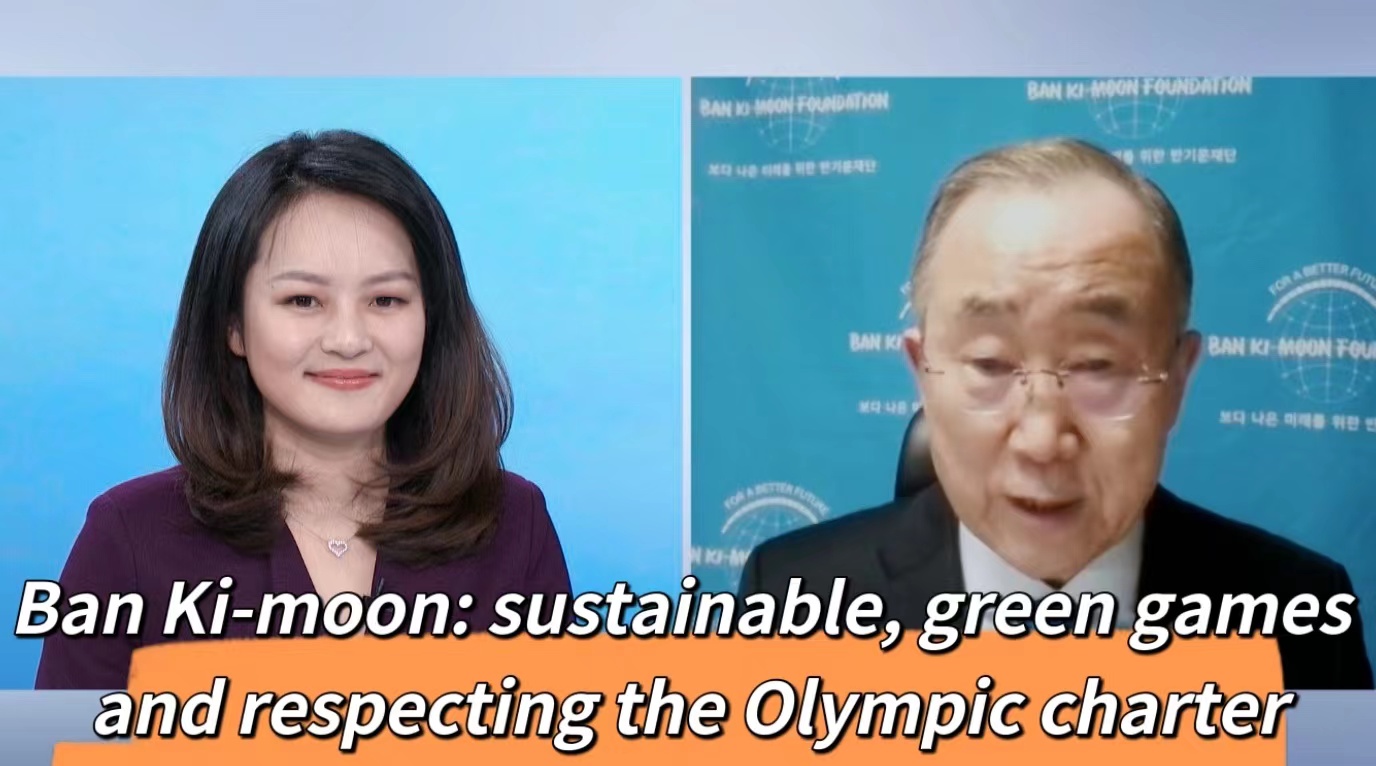 Former United Nations secretary-general Ban Ki-moon will soon arrive in Beijing to attend the upcoming Winter Olympics. Serving now as the chair of the International Olympic Committee's (IOC) Ethics Commission, he spoke to CGTN about the code of ethics in sports and what he expects from the Games.

CGTN: The Beijing 2022 Winter Olympics is just around the corner. What do you think of the preparations so far? What are your expectations and hopes for the Games?

Ban Ki-moon: I'd like to congratulate wholeheartedly for all the excellent preparations and arrangements made so far by the Chinese government for the successful Winter Olympic Games. I am confident that the Beijing Olympic Games will be one of the most successful and grand occasions to promote peace, friendship, partnership, unity and harmony among the people around the world (and) will be an opportunity to elevate the motivation of those goals among the ambitious young sports professionals.

CGTN: Chinese President Xi Jinping talks about building a shared future for mankind. In PyeongChang in 2018, we saw how the Olympic spirit brought the ROK and the DPRK to march under one flag together, despite all their differences. Do you think sport--and the ethics and spirit of the Olympic Games in particular--can play a role in President Xi's vision?

Ban Ki-moon: This is a very good vision of building a shared future for mankind and was very much inspiring and very much well received by all delegations by thunderous applause by the people. We are all human beings whose future is closely interconnected. And that means we have to build a shared future, big or small, rich or poor, men or women, young and old. We are all human beings who must work together with the unity and a sense of solidarity and partnership. Sport is an area in which we can promote mutual understanding, friendship and cooperation. I'm a strong believer in the powers of sports as a former secretary-general.

CGTN: One of your legacies as UN secretary-general was the Paris Climate Agreement.... and you're still active in this area. However, research suggests that the very future of the Winter Olympics is being threatened by climate change. Is this something the IOC is concerned about?

Ban Ki-moon: As the biggest greenhouse gas emitting country, China has a special role to play and responsibility, in this regard. I really appreciate President Xi Jinping's leadership working together with the United States to help enable the Paris climate change agreement to come into force. The U.S. and China combining together can really expedite the process of climate change agreement coming into effect. This is the area which is largely approved by the people in Glasgow; they made a very good agreement to mutually cooperate; this is the area where China and the United States can fully cooperate. IOC also has a very important role in making sure that all the games, all the sport should be conducted in a carbon free way. I appreciated Chinese government to make Beijing Winter Olympics as much carbon free as possible.

CGTN: Some countries have announced a diplomatic boycott of the Beijing Games, over what they cite as human rights concerns in China. With respect to the IOC Code of Ethics, have they a case?

Ban Ki-moon: It's very unfortunate to see that some countries are boycotting the Beijing Winter Olympic Games on political considerations. Sports do not have any boundaries; sports does not care where you are coming from, whether coming from big country or small country; sports is sports. We've been working very hard to use the power of sports to promote reconciliation and peace. When it comes to sports, there should be no discrimination whether you're coming from European countries or Asian countries or whatever political systems you may have. This is a sport and, therefore, should differentiate political issues from sports. This is my firm belief, and I am very much sorry to see this kind of critical situation where the sport is now being influenced by politics.