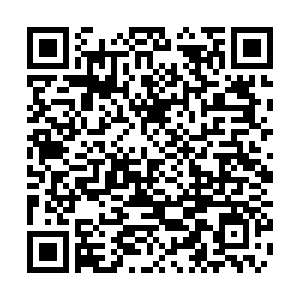 Ukrainian President Volodymyr Zelensky on Friday called on the Western governments and media to stop fueling panic over the Russian troop buildup.

Stressing that Ukraine was not a sinking Titanic, Zelensky sought to calm fears and urged an end to the Western hysteria about the Russian troop buildup. He also clarified that it was not his country that caused the panic, accusing Washington and media of fueling a hysteria that weighed on the economy while there were "no tanks in the streets."

"I don't consider the situation now more tense than before," he said, but added: "I am not saying an escalation is not possible."

Zelensky said the over-the-top Western reaction had negatively impacted the Ukrainian economy and that the biggest threat the country now faced was internal destabilization.

Also on late Friday, the Ukrainian president spoke on phone with his French counterpart Emmanuel Macron and expressed hope that intensive international negotiations have reduced "the chance of escalation" in Kiev's stand-off with Russia.

"As long as conditions are conducive, we must meet & talk," Zelensky said in a tweet, adding that he agreed with Macron to keep up the pace of diplomatic talks.

Zelensky's remarks came even as Russian President Vladimir Putin asserted that the United States and NATO had not addressed the Kremlin's main security demands in the East-West standoff over Ukraine, but that Moscow was ready to continue the talks.