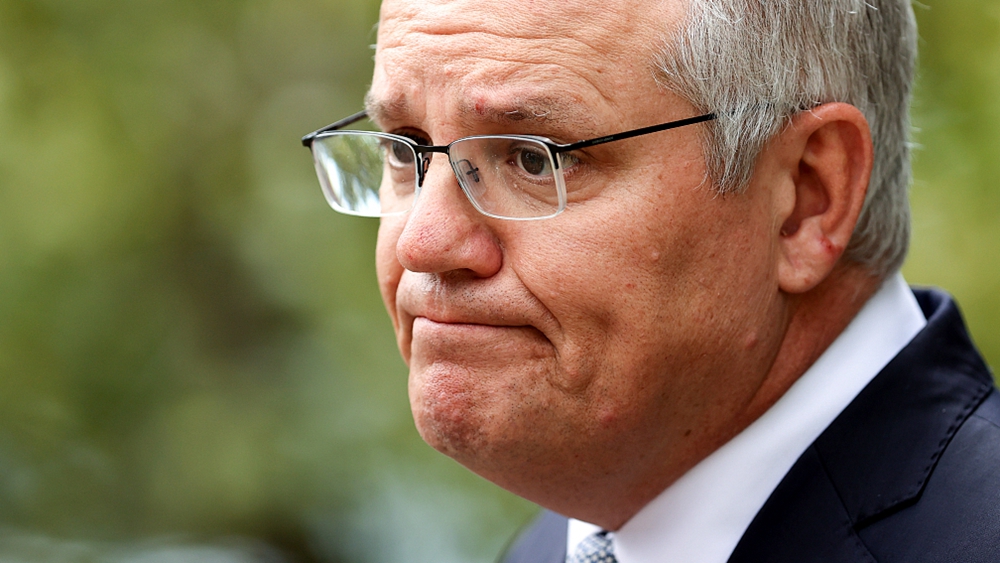 Australian Prime Minister Scott Morrison's approval rating fell to its lowest level in nearly two years as he faces heat just months out from a federal election over his handling of the Omicron wave, a widely watched poll showed on Monday.

A Newspoll conducted for The Australian newspaper showed satisfaction with Morrison's performance dropped five points to 39 percent in January, the lowest level since March 2020, when he fielded criticism over his response to devastating bushfires.

Morrison had enjoyed record ratings since then after he shut down Australia's borders and unveiled several financial support schemes for people hit by COVID-19 lockdowns that had helped contain the rapid spread of the virus in the country.

The poll also showed the popular support for Morrison's ruling conservative coalition has slumped to the lowest levels since he became prime minister in 2018 after his predecessor was rolled in a party-room vote.

The Liberal-National Party coalition government continues to trail the opposition Labor on a two-party preferred basis by 44-56, compared with 47-53 recorded last month.

If the poll result were replicated at an election, center-left Labor would win with "a sizeable majority," the survey showed, with the ruling coalition potentially losing up to 25 seats with a seven percent swing on the 2019 results.

Morrison, who must call the federal election by May, still leads his rival, Labor leader Anthony Albanese, but the margin is now at 43-41 percent, a sharp turnaround from last month's 45-36 percent in favor of Morrison.

For the first time, Labor was marked up as the better party to lead the country out of the pandemic.

The poll was based on surveys of just over 1,500 voters across the country from Tuesday to Friday.