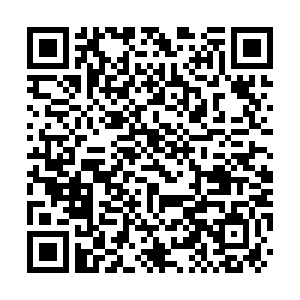 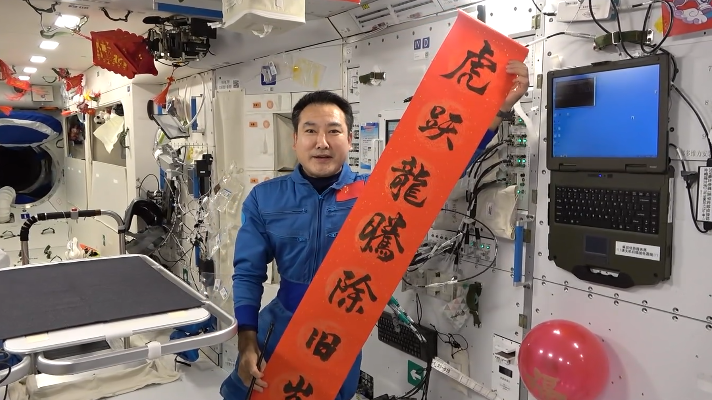 Chinese astronauts, or taikonauts, are about to celebrate their first Spring Festival in China's space station, 400 kilometers up above Earth, as they are halfway through their six-month mission.

It seems the Shenzhou-13 crew decided to keep Chinese festive traditions alive even in space and is ready to enjoy the night. 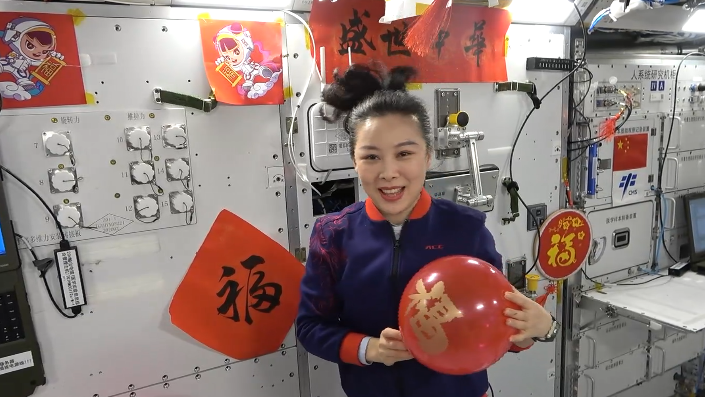 Wang Yaping sends her New Year's greetings through video to the people on the ground. /CMG

Wang Yaping sends her New Year's greetings through video to the people on the ground. /CMG

A video released by China Media Group (CMG) shows taikonauts have already decorated the inside of the space station with balloons and traditional red paper squares. The Chinese character "福" (meaning good fortune) is written on the paper squares, meaning happiness has arrived.

Zhai Zhigang, one of the crew members, wrote antithetical couplets on red paper scrolls with a brush pen and showed his calligraphy via camera to the ground, sending new year's blessing to all: "Happy new year to everyone, with good health and best luck in the Year of the Tiger!" 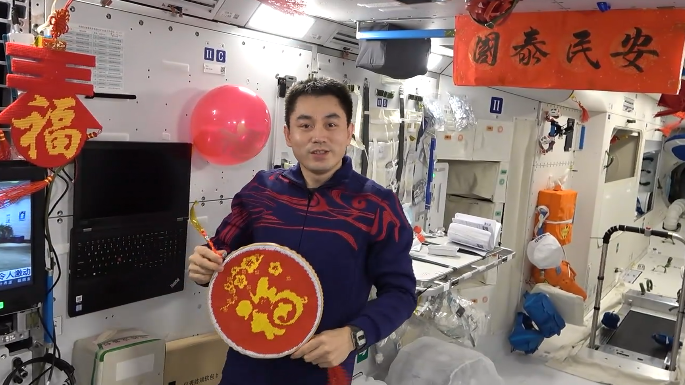 Dumplings are one of the iconic foods for the special night when Chinese people embrace a new year according to the lunar calendar and say goodbye to the past year; the taikonauts will have them for dinner. The dumplings with three different kinds of stuffing are on their menu for dinner.

They will also stick to the tradition as most Chinese people do at night – watching Spring Festival Gala – the most-watched TV show. They will also participate in the show via video to send their greetings to all the viewers.