Download
Does the U.S. want to mess with the Taiwan issue as Ukraine flares up?
First Voice 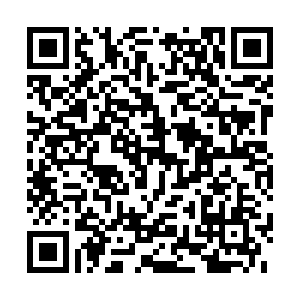 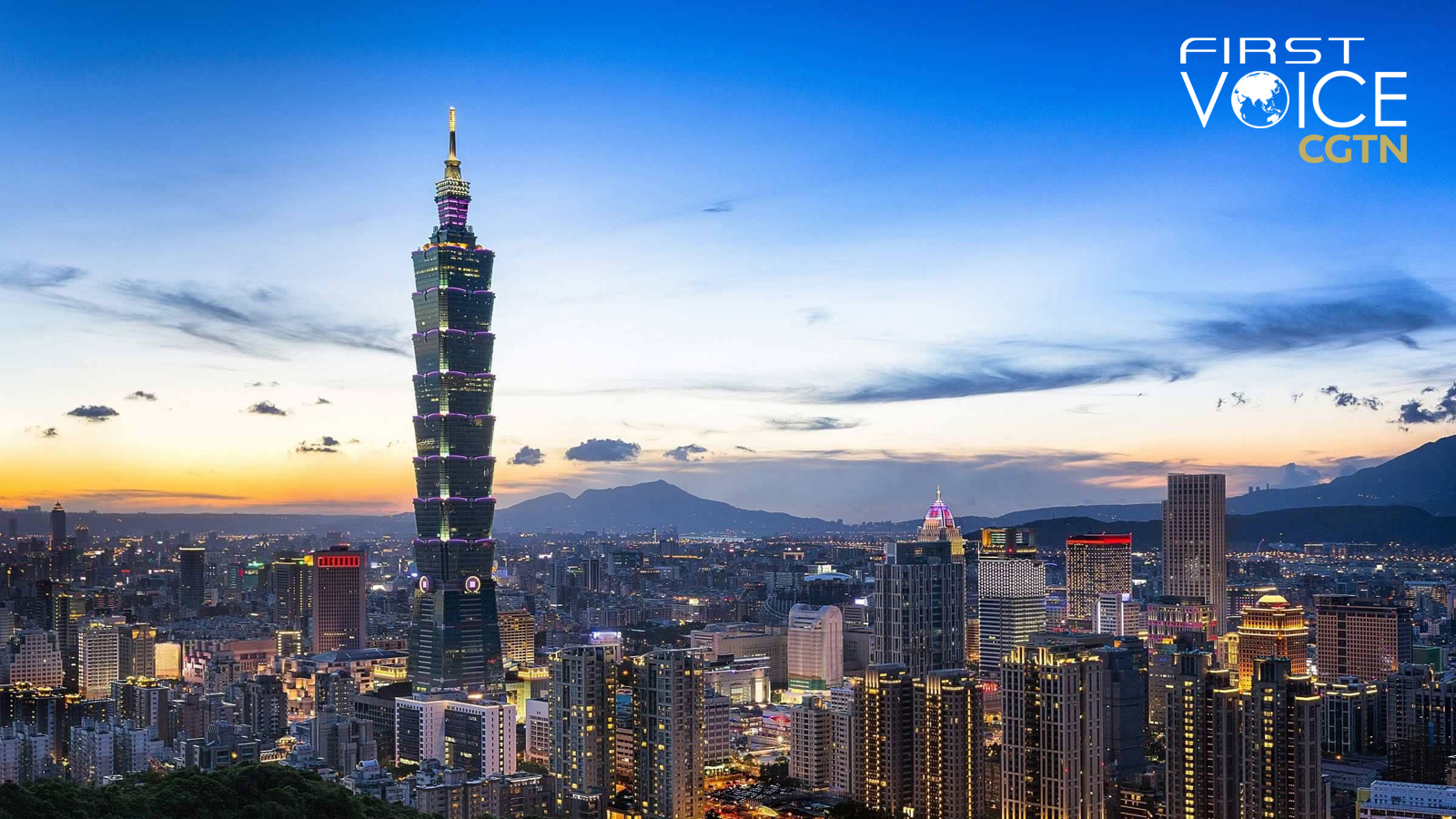 For some time now, Western media and some in the political circle have compared the Ukraine crisis to what's happening in the Taiwan Straits, speculating that the United States might have to deal with conflicts on the two fronts. Now, it is becoming clear that such speculation has reached the highest level of government, with the U.S. acting upon the speculation, albeit with the roles reversed.

Over the past couple of days, as the crisis in Ukraine intensified, the United States has danced dangerously on the Taiwan issue. Vice President Kamala Harris had a brief meeting with Democratic Progressive Party's number two Lai Ching-te, who later talked virtually with the Speaker of the House, Nancy Pelosi. Apparently emboldened by the development, Taiwan leader Tsai Ing-wen said in her new year remarks that Taiwan will "stride" into the world. She recently compared Taiwan and Ukraine, portraying Taiwan as "facing military threats and intimidation" from the Chinese mainland.

Ukraine and Taiwan are two separate issues. Comparing the two is like comparing apples to oranges. Ukraine is a country; Taiwan is a region of China. The Ukraine crisis is an international issue, while the Taiwan issue is China's domestic issue. Each has a unique situation, except for one important parallel. The United States is trying to use them to contain its "enemies" by putting military pressure on said "enemies.”

The U.S. has no military commitment to either of them. Ukraine is now acutely feeling the cold chill of this reality. It has become clear that the Western Alliance has neither the military power nor the political will to present a united front. Countries like Germany have strong economic ties with Russia and rely on it for energy needs. Ukraine has complained bitterly because Germany blocked weapons it has built from being deployed against Russia.

Similarly, the U.S. does not have the political will to send soldiers to back the separatist aspirations of Tsai Ing-wen's Democratic Progressive Party (DPP). If Taiwanese separatists declare independence, they will quickly find that the American public is not willing to send its sons and daughters to die for what ultimately is a Chinese domestic matter. 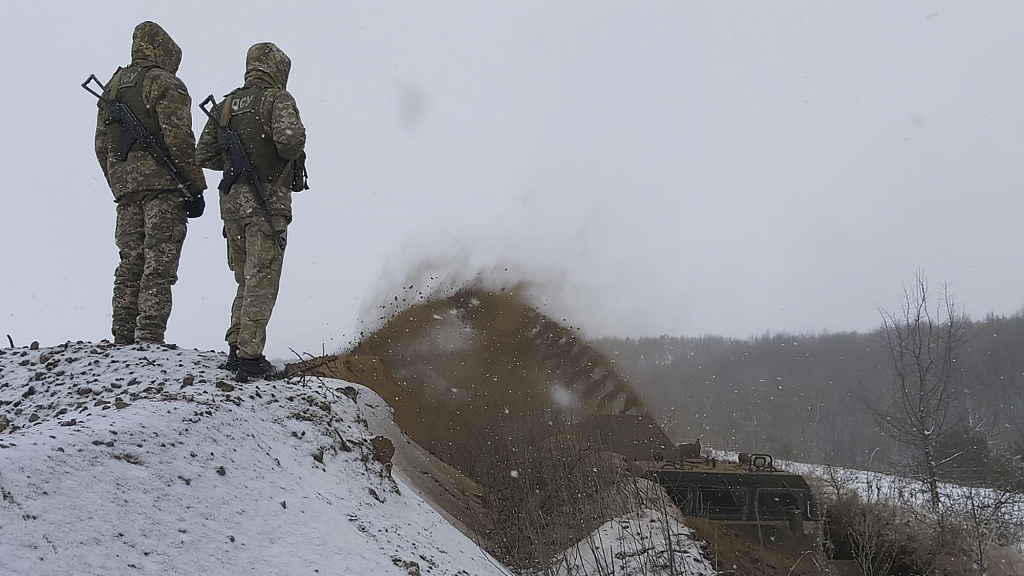 Ukrainian border guards watch as a special vehicle digs a trench on the Ukraine-Russia border near Sumy, Ukraine, December 21, 2021. /CFP

Ukrainian border guards watch as a special vehicle digs a trench on the Ukraine-Russia border near Sumy, Ukraine, December 21, 2021. /CFP

But even if the West had the will, it simply does not have the military might to support a declaration of independence by the DPP. America's own generals have warned Congress that the U.S. would lose a war in the Taiwan Straits.

The United States under President Joe Biden doesn't know when to stop bluffing. It is obvious to Germany, France and especially Russia that U.S. power has reached its limit in Eastern Europe and can do little more than increase its ineffective economic sanctions. The French have been asking for separate talks to reduce the tension over the Ukraine issue. But the sanction-addicted United States fails to recognize that all of its sanctions, whether against Russia, Iran or China, always miss the mark.

Despite being out of cards to play, the U.S. has continued its tough talk, making token gestures like having high-level officials meet with Taiwan authorities. However, empty gestures like this only underline how impotent the U.S. is. It's unclear whether the U.S. is in denial, praying its transparent bluff will work or has simply run out of ideas.

Biden has made undermining the one-China principle a hallmark of his presidency. The U.S. continues to undermine the one-China principle at every opportunity, encouraging separatists like Tsai and her DPP to pursue independence. The Taiwan authorities should take careful note of this hopeless situation because the Chinese Ambassador to the United States Qin Gang has made it clear that the continued pursuit of so-called Taiwan independence would most likely draw China and the United States into a military conflict.

The U.S. has been using the Ukraine crisis and Taiwan issue as part of its latest round of Great Power games. It has already overstretched its hand in Eastern Europe. Does it really want to open another front of "attack" in East Asia? Is that really the wise thing to do? The answer is a resounding no. Any attempt to use the Taiwan issue to contain China will fail. And the United States doesn't have the power to wage a military campaign in the Taiwan Straits because it is trapped in Ukraine.