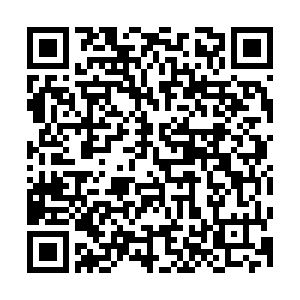 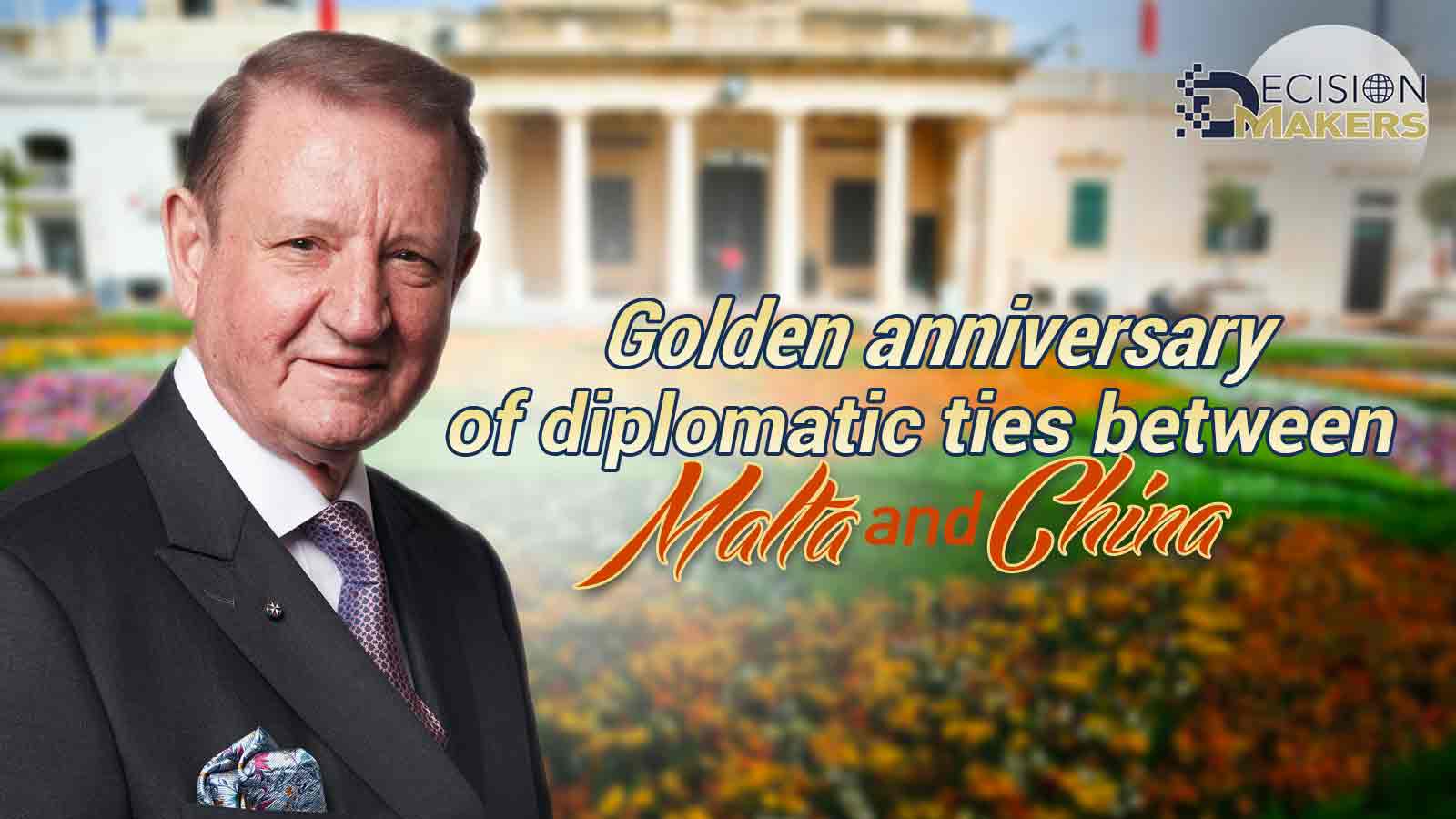 Editor's note: Decision Makers is a global platform for influential leaders to share their insights on events shaping today's world. John Aquilina is the Ambassador of the Republic of Malta to the People's Republic of China. This article reflects the author's opinions and not necessarily those of CGTN.

January 31, 2022, marks the 50th anniversary of the establishment of diplomatic relations between Malta and China.

Relationships are about people and their capacity to meet and interact for the greater good. Therefore, I pay tribute to the legislators in Malta and China who had the vision and fortitude in the early 1970s to conceive of such a relationship and fulfill it.

I pay tribute also to the government officials in both Malta and China who worked so hard, not only at making this a working relationship but also one which, in many ways, has been exemplary, reaping benefits for both countries far beyond anyone's initial expectations.

50 years ago, the world was much different from what it is today, whether one speaks demographically, politically, or economically. Multilateralism was still very much a nouveau concept, and the term globalization had not yet been envisaged. The world was divided by an "iron curtain," the so-called Cold War was very much a world phenomenon, and people lived daily in the shadows of a nuclear threat.

Given such a backdrop, the coming together at that time of two nations from such diverse backgrounds was not a small undertaking for either country. The establishment of diplomatic relations between Malta and China was not only a huge step forward for the two but also a significant step in international affairs, given the tensions that pervaded the world arena at the time.

This was a brave act for both Malta and China. So much has happened as the years have passed. China has continued and accelerated the opening up of its country to the rest of the world, and it has taken giant steps in embracing the market economy. Malta has also grown in stature and has broadened its horizons in Asia, Africa, and now Latin America, significantly punching well above its size in both political and commercial arenas.

In 2004, Malta was one of the 10 nations that joined the European Union. This was to add a further dimension to Malta's relations with China.
This complexity in bilateral versus multilateral considerations remains an ongoing challenge for Malta, as it is for other member states. However, it is also a sign of the increasing maturity in Malta's relationship with China.
In recent years, Chinese investors or travelers have been attracted to Malta in unprecedented numbers. Five years ago, one would rarely see a person of Chinese ethnicity in Malta, while now, Chinese people are regularly seen in several suburbs of Malta.

On July 4, 2018, Malta stunned the financial world when it became the first country to pass Acts of Parliament establishing a regulatory framework for the operation of blockchain, cryptocurrency and distributed ledger technology (DLT). These laws gave Malta the lead in the blockchain revolution, making Malta even more attractive to Chinese investors.

Malta's strategic location in the heart of the Mediterranean Sea, its efficient ports and its deep harbors make it an ideal trans-shipment destination for large Chinese cargo ships. This is reinforced by Malta having one of the largest ship registers in the world.

In addition, over the last decade, Malta has built a strong aviation sector specializing in aircraft maintenance, repair, and overhaul (MRO). This is complemented by the Safi Aviation Park. Correspondingly, Malta also has a rapidly growing aircraft registry. The Air Services Agreement between Malta and China further facilitates the growing commercial exchanges in the aviation sector.

In 2017, during the first China International Import Expo (CIIE), Malta was represented by a delegation led by the then Prime Minister, the Hon Joseph Muscat, who was accompanied by the then Minister for Foreign Affairs and Trade Promotion, the Hon Carmelo Abela.

The English language is now a major contributor to Malta's relations with China. Several Chinese students in recent years have been enrolling in Malta's English Language Schools. One of these schools has even been purchased by a Chinese entrepreneur.

Malta has been known as "The mini Hollywood of the Mediterranean for several decades." Now Malta is also starting to become noticed by Chinese filmmakers. The inclusion in December 2019 of a prominent Malta Film Pavilion at the Hainan Island International Film Conference stirred up a lot of attention and high expectations.

In 2019, Malta's record for inbound tourism was broken for the 13th consecutive year, with vastly increasing numbers coming from China. The aggressive campaigns arranged by the Malta Tourism Authority's Tourism Manager for the Chinese Market were starting to see dramatic results before COVID-19 began to take its toll. 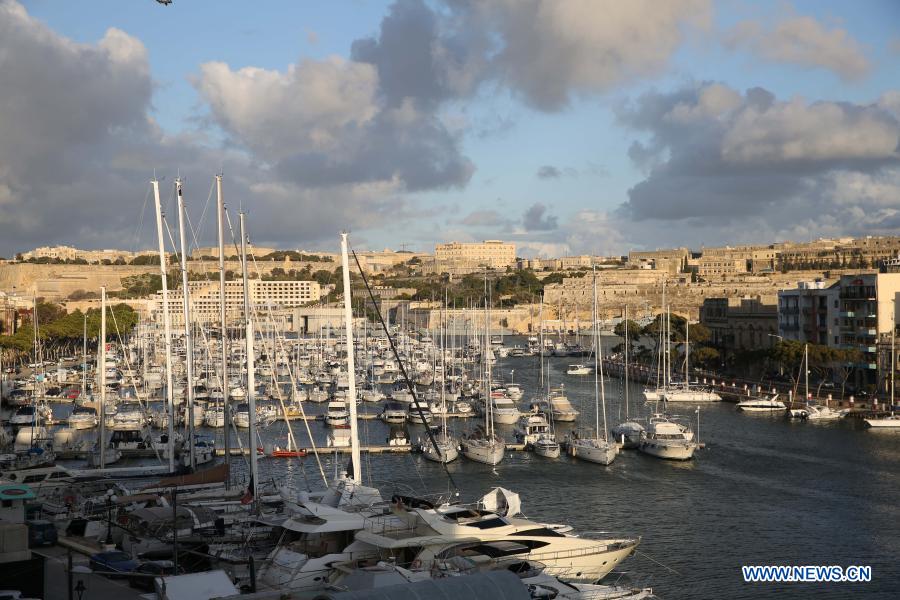 The onset of COVID-19 created many challenges, but it also greatly strengthened relations between Malta and China. At the outset of the pandemic, Malta had virtually no access to protective equipment and medical supplies from Europe. As a result, the bulk of the supplies required by Malta had to be sourced from China.

This was a huge logistic exercise that resulted in the air freighting to Malta 1,000 tonnes of medical equipment in eight chartered Boeing 777 airplanes, along with several containers in two separate shipments.

Malta is also grateful for the generous assistance provided by the Chinese Ministry of Foreign Affairs and the numerous Chinese public and private organizations.

Another outstanding example of close Malta-China interaction is the Mediterranean Regional Centre for Traditional Chinese Medicine which was jointly established by the Chinese and Maltese governments at Paola in 1994. Since then, more than 100 Chinese TCM physicians who arrived in Malta as members of 17 medical teams have treated patients with more than 200,000 person-times at three major TCM Centres in Malta and Gozo.

In 2013, the Agreement of Mutual Recognition of higher educational degrees was signed between Malta and China, enabling students to study in each other's tertiary Institutions. Currently, the University of Malta, the Malta College of Art, Science and Technology (MCAST), and the Institute of Tourism Studies have mutual recognition with relevant Chinese Tertiary Institutions.

Another jewel in the crown of bilateral relations between Malta and China is the China Cultural Centre, established in 2003 as China's first Cultural Centre in Europe. The China Cultural Centre is a non-profit organization that offers a glimpse into China and all its wonders through unique performances, artistic exhibitions, informative workshops, various educational activities, and vibrant festivals for the Chinese Lunar New Year, the Lantern Festival, and dragon boat races on Valletta Harbor for the Dragon Boat Festival.

As the Ambassador of the Republic of Malta to the People's Republic of China, in addition to pursuing the highest level of understanding, mutual support and cooperation at the political and economic levels, I have adopted as one of the themes of my tenure the goal of ensuring that more people of our two nations come to better know one another at the social, cultural, and educational levels.

I am heartened and gratified that both our nations are building firmly on the excellent foundations that have been forged over the last half a century and are so committed to working harder in the years ahead to make this happen.

Not only do we want to be able to proudly boast that our two nations, Malta and China, have strong, close and friendly diplomatic relations. We need to also plan for our people to better know each other and warmly greet and embrace each other as brothers and sisters of the world.

In this spirit, I join other people around the world in extending my best wishes to China when on February 4, 2022, China creates world history by Beijing becoming the only city in the world to have ever hosted both a Summer and a Winter Olympics, showcasing not only outstanding sporting achievements but also promoting world harmony and peace.