Download
Two years after Brexit Day: How has Brexit changed UK along with COVID-19 pandemic?
By Zhao Hong 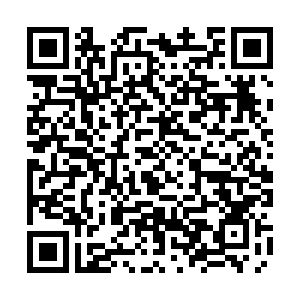 Since the UK left the EU on January 31, 2020, the country has borne the impact of the twin pressure of Brexit and the COVID-19 pandemic.

Most UK trade is now with non-EU countries 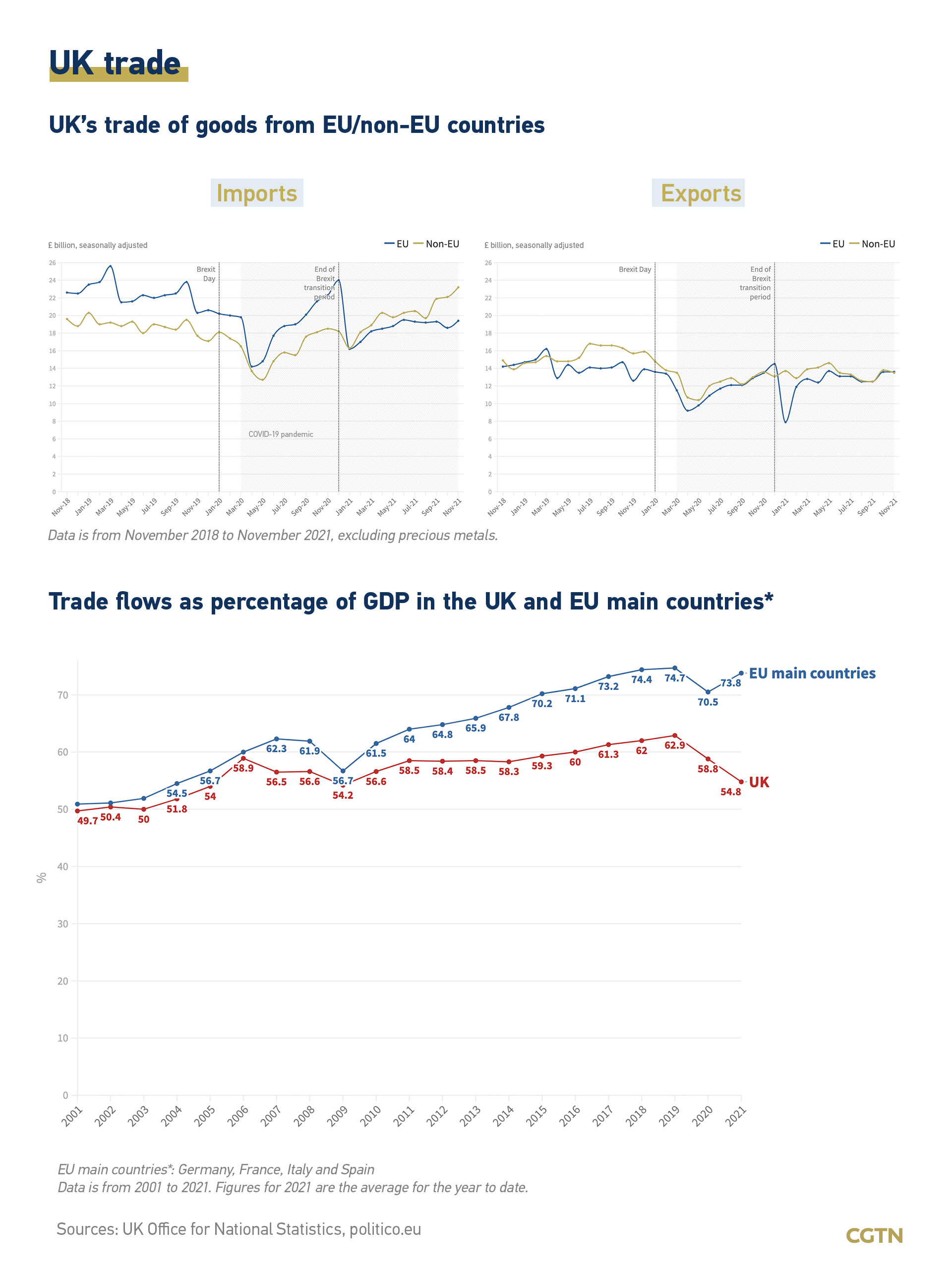 The UK's trade with the EU dropped immediately at the end of the Brexit transition period (December 31, 2020), with exports falling by 45 percent and imports by 32 percent in January 2021.

While the EU remains the UK's biggest trading partner, the UK's total trade in goods from non-EU countries surpassed that of EU countries from January 2021.

The latest data as of November 2021 shows that imports from non-EU countries continue to be higher than from EU for 11 consecutive months in 2021, and the gap is at its widest point of the year.

While trade of such EU countries as Germany, France, Italy and Spain have primarily recovered to the pre-COVID-19 level, flows for the U.K. in 2021 were at the lowest value relative to GDP since 2009. 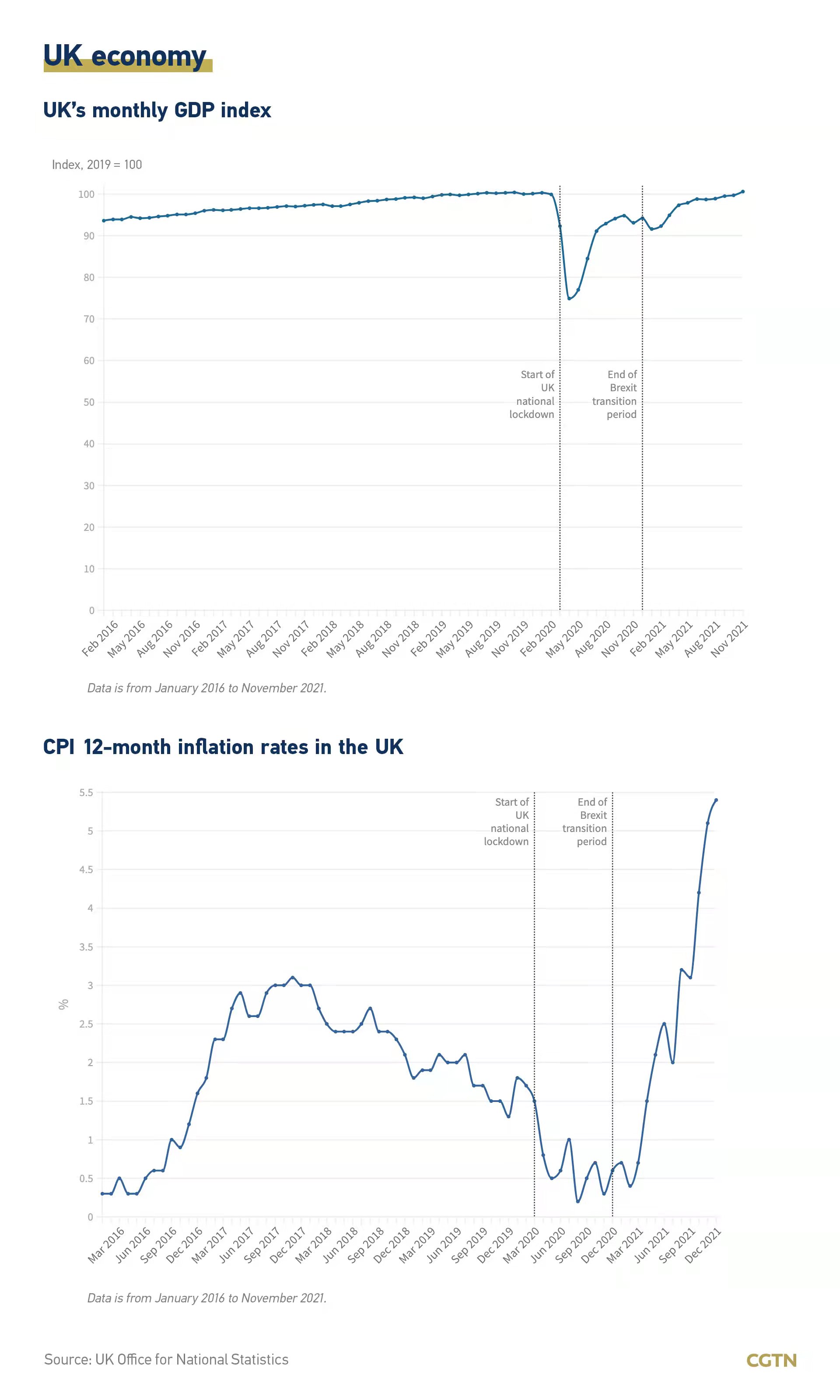 The UK economy contracted by 9.9 percent in 2020, marking the largest annual fall on record. However, the UK GDP is estimated to have grown by 0.9 percent in November 2021, above its pre-coronavirus level in February 2020 for the first time by 0.7 percent.

The Consumer Prices Index (CPI) rose by 5.4 percent in the 12 months to December 2021, marking the highest CPI 12-month inflation rate in the country's National Statistic data series, which began in January 1997. 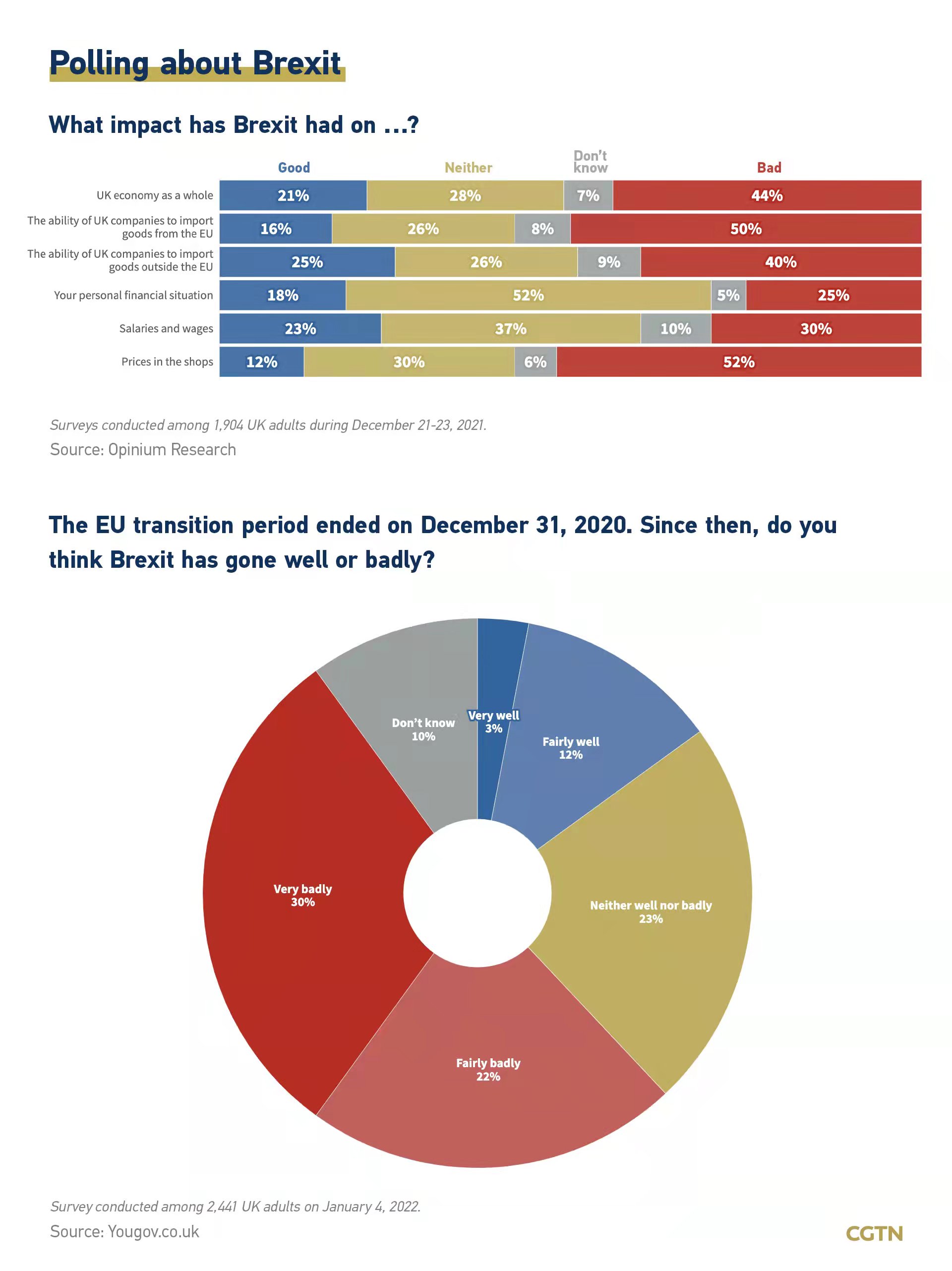 British think that Brexit has had a negative impact on the economy as a whole (44%), prices (52%) and the ability of UK companies to import goods from the EU (50%), according to last month's survey by Opinium Research. However, the majority (52%) don't think it's had any impact either way on their personal financial situation.

Two years after Brexit Day, 52 percent of surveyed British think badly of the current results of Brexit, compared to 15 percent who think of them positively.

Last month, an Opinium poll also found that 42 percent of people who voted Leave in 2016 had a negative view of how it had turned out.