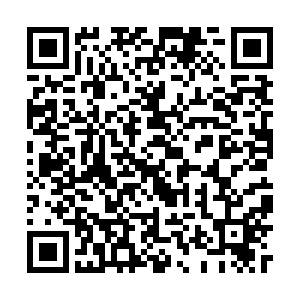 With the Beijing 2022 Winter Olympics due to start in a few days, athletes and media have been steadily arriving in the three venues that will host the Games: Beijing, Yanqing and Zhangjiakou.

And despite worries ahead of time about COVID protocols – anyone entering the "closed loop system" at these Olympics is required to show proof of full vaccination and two nucleic tests in the 96 hours before arrival – foreign journalists CGTN spoke to said their arrival in China, including more checks and tests at Beijing's Capital Airport, had been unexpectedly swift and stress-free.

"I was expecting longer, I was expecting it to be two, three, maybe four hours. And it was smooth and it was seamless. I was pleasantly surprised at how expeditious it was," said Pat Graham, a U.S.-based sports reporter with the Associated Press.

For Lori Nickel, a journalist with USA Today who arrived in Zhangjiakou on Monday, the journey to China took a good 48 hours: from her home in Milwaukee, via Chicago O'Hare airport, to Paris and finally Beijing.

"I haven't really slept, I did take a shower," she said with a laugh. "We knew it would be a long journey but it's well worth it."

Inside the loop, media, athletes and staff need to undergo daily testing during the Games, masks must be worn at all times and social distancing will be required when interviewing competitors, all in a bid to keep these Olympics as safe as possible during a historic pandemic.

For Roland Broisin, who arrived in Zhangjiakou with a large team from France TV Sport almost a week ago, the strict rules took some getting used to.

In France, anti-COVID-19 measures were much lighter, he explained. "Here it's different."

"Something that's difficult to understand is that we cannot walk alone outside of the hotel area. Even 500 meters, it's not possible. So some things are a bit difficult for us," added his colleague Christian Mouttet.

Indeed, during the Winter Olympics, media and athletes will be shuttled to venues, hotels and media centers by bus. Walking from one venue to another is not possible, as the roads are outside the closed loop.

But Mouttet and Broisin acknowledged there is no comparing these Olympics to any others they have covered in the past. "With COVID, it would be the same thing in any other town in the world," said Broisin.

And once you get to work, the social distancing, the testing, etc. ... are quickly forgotten, Graham noted. "You just kind of put that on the backburner."

For Nickel, this will be her first time covering Olympic Games.

"I'm so excited! I can't believe I'm in China. I get emotional just thinking about it. My mother always wanted to visit China and she died two years ago. And now I'm here covering the Olympics and I can't believe it. It's beautiful, it's cold, which is what we want in the winter. I love it so far."

As with any Olympics, expectations are high for these Winter Games, for each nation's athletes and for the national and international media covering them. But the overwhelming feeling is also one of enthusiasm and excitement for one of the biggest sports events in the world and the top performances we will see over the next few weeks.

"All I want to do is see some great action. We're covering snowboarding and some freestyle skiing, and it's going to be fun," said Graham, for whom this is his eighth Olympic Games. "The weather will be cold but if you have an open mind and you're willing to experience and enjoy the experience, you're going to have a great time. And I expect a great time and lots of fun storylines!"

Nickel said she was banking on top female performances at these Games, but not just that.

"I expect female athletes to do really well, especially from the United States, it's the largest representation."

"But I'm also expecting some camaraderie and the things that we love about the Olympics, where there's people getting together and talking and sharing culture and learning about different cultures. That's what I'm interested in, just appreciating the great spectacle that the Oympics is."

The opening ceremony of the Beijing 2022 Winter Olympic Games will be held on Friday and the first medals will be handed out the next day in biathlon, cross-country skiing, freestyle skiing, speed skating and more.

"We look forward to the Olympics starting," said Broisin.

"And we hope to have a lot of medals!" added Mouttet with a chuckle.

(Camera and editing by Qi Jianqiang)