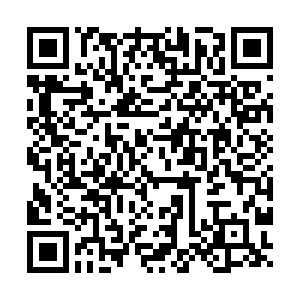 Ahead of his visit to China to attend the opening ceremony of the Beijing Winter Olympic Games, Russian President Vladimir Putin gave an exclusive interview to Shen Haixiong, president and editor-in-chief of the China Media Group.

Q: Mr. President, I am very pleased to have the opportunity to interview you again. First, let me welcome you to the 2022 Winter Olympics in Beijing. In February 2014, Chinese President Xi Jinping attended the opening ceremony of the 22nd Winter Olympics in Sochi at your invitation. This was the first time a Chinese leader had attended a major international sporting event abroad. Then, Xi Jinping said: "If our neighbors have a joyous occasion, we certainly should go there to congratulate them." Today is a joyous occasion for China – we are hosting the Winter Olympics for the first time; all the more so as it comes in the midst of the Spring Festival (the Chinese Lunar New Year). When applying to host the Winter Olympics, China announced a plan to engage 300 million people in winter sports. Now, ski resorts are being built even in my home province of Zhejiang in southern China. You were the first foreign leader to confirm your arrival at the opening ceremony. What special role does sport play in relations between the two neighbors China and Russia? How can our countries strengthen cooperation in ice and snow culture, winter sports and related industries? What results do you expect from Russian athletes at the Olympics? Can you predict how many gold medals they will win?

A: President Xi Jinping and I have known each other for a long time, as good friends and politicians who hold largely the same views on addressing the world's problems; we maintain close and frequent contact. That is why, I immediately responded to his invitation to visit China and to join our Chinese friends in celebrating this year's main sporting event – the Winter Olympic Games. Moreover, the first ever Winter Olympics on Chinese soil will take place in the midst of the Chinese New Year, in Beijing – the first city in the world to host both the Summer and Winter Games.

I know that the organizers have done a good job preparing for the Games. They made massive investments in sports and transport infrastructure, built modern sports venues. They created an environment for the safe stay of foreign athletes, coaches and journalists.

I am sure that such excellent preparations for the Olympics will help the Olympic athletes to show their sporting character and demonstrate their skills and ability to achieve their goals in a fair and uncompromising competition. Naturally, we will be supporting our athletes, we will celebrate their every victory and every achievement. But only the competition will show how many and what medals they will win. Besides, the epidemiological situation may have an impact on athletes' participation and, consequently, on the final results.

Sport is a unique phenomenon of human civilization. Major sports festivals are designed to bring nations together, deepen mutual understanding and promote the universally accepted principle of "fair play", as was vividly illustrated by the success of large-scale sporting events such as the 2014 Sochi Winter Olympics and the 2018 FIFA World Cup, hosted by our country.

Russia has been and remains committed to the traditional Olympic values. We oppose the attempts to politicize sport or use it as a tool of coercion, unfair competition and discrimination. We reject the practice of "collective punishment" for acts perpetrated by individual people, which has recently become a frequent occurrence. And of course, we strongly condemn the use of prohibited substances by athletes and advocate broad international cooperation in the fight against doping in sport.

Our country has a well-developed infrastructure, sports schools known for their champions and traditions, and a rich history of sporting records; it organizes major international competitions, encouraging our citizens, especially our youth, to engage in physical culture and sports. This is what helps to preserve the health of the people and the nation as a whole and shape a strong foundation for future sporting achievements. We expect that by 2024 the share of people regularly engaging in sports will be 55 percent and by 2030 it will reach 70 percent.

As for the interaction between Russia and China in sports and physical education, it occupies an important place in our bilateral humanitarian cooperation and is broad and complex in nature. A number of events, including those in winter sports, have become truly important. Among them are the Russian-Chinese Winter Youth Games and annual ice hockey matches on the Amur River (Heilongjiang River) between teams representing the two countries' border regions. We are actively developing exchanges between Russian and Chinese sports federations and professional clubs. For several years now, the Chinese hockey club Kunlun Red Star has played in the Russian Kontinental Hockey League, which was agreed during my visit to China in 2016. Cooperation is also developing in junior hockey. President Xi and I visited one of the games between Russian and Chinese teams in June 2018.

The Russian and Chinese years of cooperation in physical education and sports in 2022–2023, which President Xi Jinping and I announced in December 2021, will certainly be a significant, memorable event for our two countries. It includes about 500 various popular and youth sports events, as well as educational, sports science and staff training activities. Activities that prove most successful will continue to be organized on a regular basis.

I firmly believe that the Winter Olympic Games in Beijing will be held to the highest standards. I wish successful performance and luck to all athletes, participants in the Olympics, and bright unforgettable moments and joy to the guests.

Q: Initially, China and Russia viewed each other as friendly nations and then they established the relations of constructive partnership, strategic partnership, comprehensive partnership and strategic interaction. In June 2019, we took them to an even higher level, opening a new era in our relations. During a video conference on 28 June 2021, you and President Xi Jinping announced the extension of the Treaty of Good-Neighborliness and Friendly Cooperation. How important do you think this step is for the bilateral relations?

A: The Russia-China Treaty of Good-Neighborliness and Friendly Cooperation signed more than 20 years ago is a basic policy document that established the legal framework for a long-term consistent development of the Sino-Russian relations of comprehensive partnership and strategic interaction. That is why, on June 28 last year, President Xi Jinping and I decided to extend it for another five years.

It is a very rich document in terms of ideas contained in it, many of its provisions being rediscovered in the context of today's rapidly changing international environment.

Relations between Russia and China are developing on an equal, de-ideologised basis. Our partnership is sustainable, intrinsically valuable, not affected by the political climate and not aimed against anyone. It is underpinned by respect, regard for each other's core interests, adherence to international law and the UN Charter.

The atmosphere of political trust created, among other things, thanks to this treaty, has allowed our countries to establish a multilayer structure of interstate cooperation, with meetings of the two leaders playing a key role.

China remains firmly at the top of the list of Russia's trade partners. According to preliminary data, last year, even despite the pandemic-related restrictions, our bilateral trade reached a historic high, totaling 140 billion dollars.

China is our strategic partner in the international arena. Our approaches to most issues on the global agenda concur or are really close. We engage in close coordination within many leading multilateral organizations and formats, such as the UN, BRICS, SCO, G20, APEC and EAS, which has a stabilizing effect on the current difficult world situation.

To sum up, I would like to reiterate that the concepts laid out in the Russia-China Treaty of Good-Neighborliness and Friendly Cooperation have allowed our countries to achieve an unprecedentedly high level of partnership, fundamentally changed its character and scope, and created the conditions enabling us to move forward together.

Q: If you don't mind, I would like to ask my last question on behalf of all internet users and winter sports lovers in China. In an interview you gave me three years ago you said you were "trying" to play hockey. However, that appears to be quite an understatement. In a Night Hockey League match held in May last year, you scored a goal just 30 seconds into the game and a total of 8 goals in the entire match, which is comparable to the results of professional hockey players. Could you share any secrets of your prowess with Chinese ice hockey enthusiasts? Do you have any ideas as to who of the Russian hockey players will score the first goal at the Olympic Games? What winter sports other than ice hockey would you like to master?

A: I am not in a position to give any advice to people who are passionate about hockey. I would leave this to professional hockey players and coaches. I think the most important thing is to do your favorite sport – no matter what it is – on a routine basis and to work hard keeping your goal in sight. Over time, mastery will come.

Ice hockey in Russia is big and has deep-rooted traditions. A special place here belongs to the Night Hockey League established in 2011. Today, it brings together almost 1100 teams with more than 20 thousand players from most regions of our country. Many of our renowned Olympic and world champions are actively involved in the development of the project, for which I am very grateful.

The success achieved is evident. Last year, the number of amateur ice hockey players in Russia amounted to over 620,000, and that number is constantly growing.

It is always a great pleasure for me to take part in the events of the League whenever my schedule allows. Every chance I get, I go alpine skiing. However, there are other sports disciplines I am interested in. I like biathlon and figure skating, where our athletes have traditionally been very strong. I enjoy watching competitions in ski flying but, for lack of time, can only do it on TV.

Of course, we expect our hockey team to show its best performance at the upcoming Olympics. Russia's ice hockey squad is well-prepared, united by the team spirit and the will to win, and all its members are capable of scoring the first goal.

There is no doubt that the hockey matches at the Olympics will, as always, be exciting and memorable. We are looking forward to seeing some fine play and, naturally, trust in our players and wish them every success.