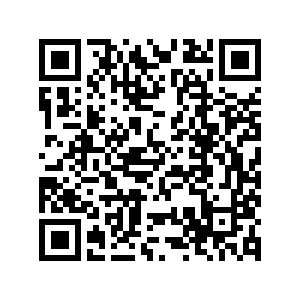 China and Russia, on Friday, reaffirmed support to each other on issues involving their core interests, according to a joint statement issued after a meeting between Chinese President Xi Jinping and Russian President Vladimir Putin.

The statement summarizes views shared by Beijing and Moscow on international relations in the new era and global sustainable development.

China and Russia vow to oppose interference by external forces in their internal affairs and oppose attempts by external forces to undermine security and stability in the common neighboring region of the two countries, according to the statement.

The two countries oppose further expansion of the North Atlantic Treaty Organization (NATO) and urge NATO to discard its Cold-War ideology, and respect other countries' sovereignty, security, interests and the diversity of civilizations, the statement says.

They also urge NATO to view other countries' peaceful development in an objective and fair manner, it adds.

As the world undergoes great changes, the international community's yearning for peace and sustainable development is getting stronger, it says.

A minority of forces in the world still stubbornly pursue unilateralism and harm other countries' legitimate rights and interests, which is unacceptable to the international community, it says.

China and Russia call on countries worldwide to safeguard peace, development, equity, justice, democracy and freedom, which are the common values of humanity, maintain an international system with the United Nations (UN) at its core and an international order based on international law, uphold true multilateralism and strive for peace, stability and sustainable development across the globe, according to the statement.

Both countries believe that the people of each country have the right to choose the form and manner of democratic practice that suits their national conditions, it says, adding that whether a country is democratic or not, it can only be judged by the people of that country.

As major countries in the world and permanent members of the UN Security Council, China and Russia will promote efforts to build a multipolar world and advance democracy in international relations, it says.

Russia speaks highly of China's vision in building a community with a shared future for mankind and believes that the vision is conducive to enhancing international solidarity to jointly address challenges faced by the world, according to the statement.

The two countries also signed a series of cooperation documents in key fields.

Putin is in Beijing to attend the 2022 Winter Olympics.