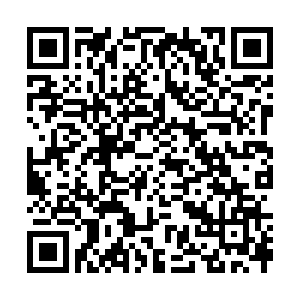 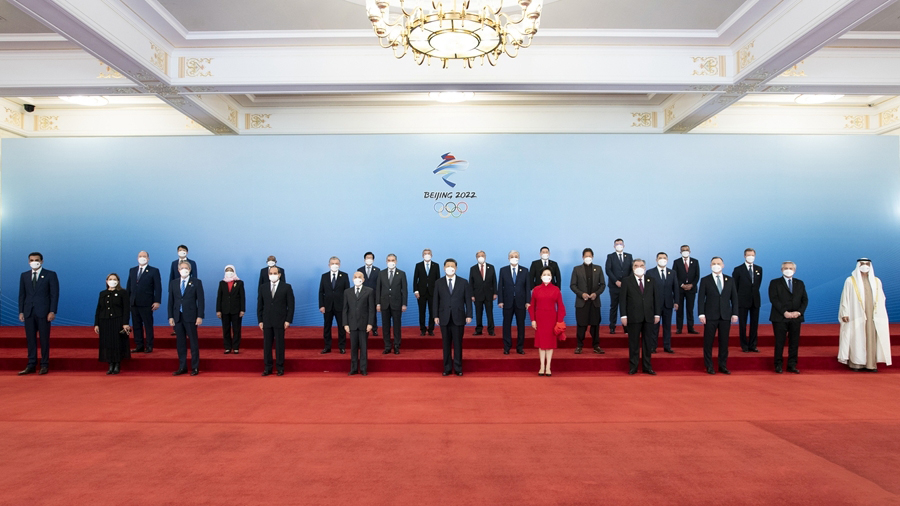 Chinese President Xi Jinping and his wife Peng Liyuan on Saturday hosted a welcoming banquet at the Great Hall of the People in Beijing for distinguished guests from around the world present at the Beijing 2022 Winter Olympics opening ceremony.

More than 30 world leaders and heads of international organizations gathered in the Chinese capital for the Olympic opening ceremony on Friday night at the National Stadium - an iconic venue from the 2008 Summer Olympic Games.

Having successfully hosted the Summer Olympics 14 years ago, Beijing is the first-ever city to stage both summer and winter editions of the global sporting gala.

In his address at the banquet, Xi, on behalf of the Chinese government and the Chinese people, extended a warm welcome to all the guests, and thanked all those who have supported Beijing 2022. 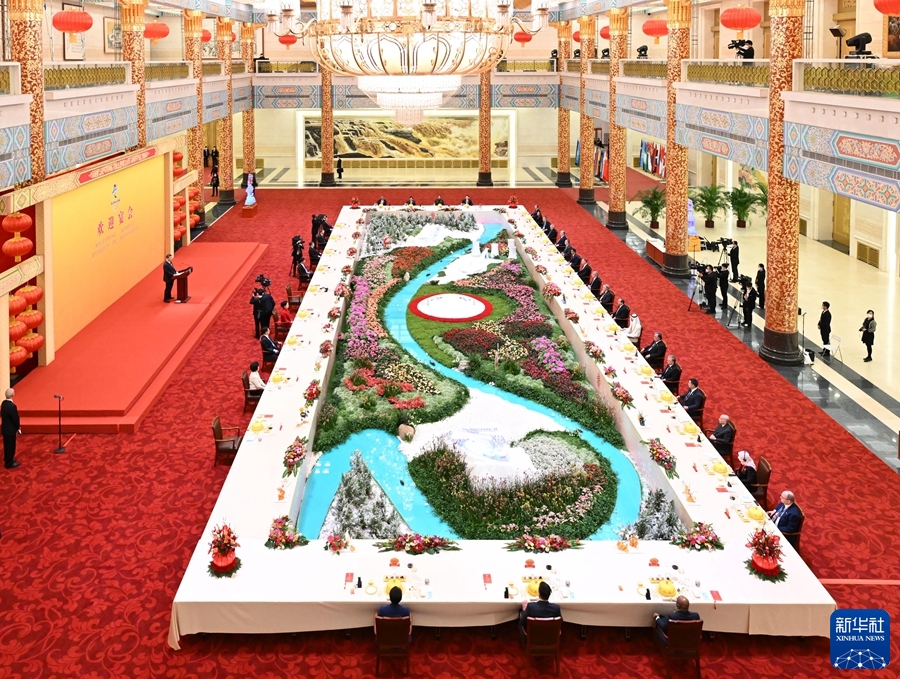 Chinese President Xi Jinping and his wife Peng Liyuan host a welcoming banquet for distinguished guests from around the world at the Great Hall of the People in Beijing, February 5, 2022. /Xinhua

Chinese President Xi Jinping and his wife Peng Liyuan host a welcoming banquet for distinguished guests from around the world at the Great Hall of the People in Beijing, February 5, 2022. /Xinhua

He said China has delivered on the promise it made to the international community by presenting a green, inclusive, open and clean Games.

Xi added, China has made renewed contributions to the Olympic cause by realizing the goal of engaging 300 million people in winter sports through hosting and promoting the Games.

"We need to uphold mutual respect, equality, dialogue and consultation, strive to bridge differences and eliminate conflict, and work together for a world of durable peace," he stressed.

Xi called for promoting the spirit of the Olympic Movement and addressing the common challenges facing the international community through solidarity.

The only way for all countries to address the various challenges effectively is to strengthen solidarity and cooperation and work together for a shared future, he added.

Xi also voiced the necessity of acting on the purpose of the Olympic Movement and continuously pursuing human progress.

"The Olympic Movement aims to achieve well-rounded human development. We need to follow the trend of the times, stay true to humanity's common values of peace, development, equity, justice, democracy and freedom, promote exchanges and mutual learning between civilizations, and work together to build a community with a shared future for mankind."

China has just entered the Year of the Tiger according to the lunar calendar, Xi mentioned.

As Tiger is a symbol of strength, courage and fearlessness, Xi wished all Olympic athletes to have excellent performances with the strength of the tiger.

"I am confident that with the joint efforts of us all, Beijing 2022 will surely go down in history as a streamlined, safe and splendid Olympic Games," said the Chinese president.