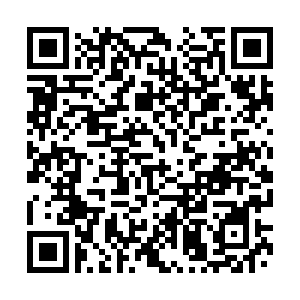 German Chancellor Olaf Scholz will visit the United States and meet with President Joe Biden, French President Emmanuel Macron will head to Moscow for talks with his Russian counterpart Vladimir Putin, and U.S. Secretary of State Antony Blinken will attend the foreign ministers' meeting of the Quad in Australia.

The diplomatic activities come amid escalated tensions between Ukraine and Russia.

Scholz will pay his first visit to the U.S. since taking office as German chancellor in December. He will meet with Biden on Monday at the White House to discuss the Ukraine-Russia tensions, according to White House Press Secretary Jen Psaki.

Macron is scheduled to visit Moscow and meet with Putin on Monday, aiming to capitalize on limited progress made during the four-way "Normandy format" peace talks on Ukraine in Paris last month.

The Kremlin has made clear the priority of the talks will be Moscow's demands for security guarantees from the West.

Blinken will travel to Australia, Fiji and Hawaii from Monday to Sunday (February 7-13), according to the U.S. State Department.

The top U.S. diplomat will be in Australia from Wednesday to Saturday for a foreign ministers' meeting of the Quad – the U.S., Japan, India and Australia. The diplomats will discuss a range of issues including maritime security and cooperation against COVID-19.

After a visit to Fiji, Blinken will head to Honolulu, Hawaii on Saturday to host a trilateral meeting with his counterparts from Japan and South Korea to "deepen our cooperation in addressing threats from the DPRK's nuclear and missile programs" and other current global "challenges," the State Department said in a statement on Friday.

Thursday: Queen Elizabeth's grandson Prince William visits the United Arab Emirates, with his trip coming as the UAE marks its 50th year and coinciding with the UK National Day being held at Expo 2020 Dubai.

Saturday: Blinken hosts a trilateral meeting with his counterparts from Japan and South Korea in Honolulu, Hawaii.