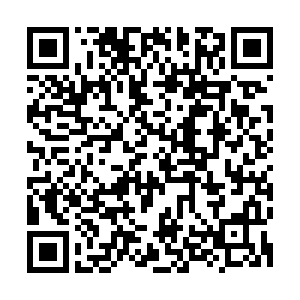 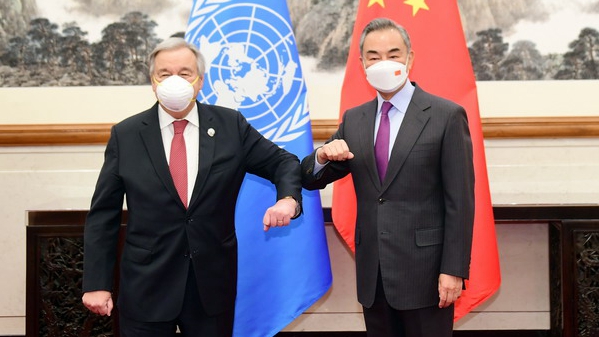 Chinese State Councilor and Foreign Minister Wang Yi said that China has always advocated the practice of genuine multilateralism and firmly supports the key role of United Nation (UN) in international affairs, while meeting with UN Secretary-General Antonio Guterres in Beijing on Saturday.

Wang said the UN secretary-general made a special trip to China to attend the opening ceremony of the Beijing 2022 Winter Olympics, which reflects the support of the UN for the event and the importance it attaches to the cooperation between China and UN.

He added that the Beijing Winter Games will be a complete success and fulfill the solemn promise of presenting a simple, safe and exciting sports event to the world.

Guterres said it was a pleasure to attend the opening ceremony of the Winter Olympic Games.

During the meeting, Guterres expressed his concerns about the plight of developing countries, adding that it's more important than ever to carry forward the Olympic spirit of solidarity.

The UN secretary-general praised China's long-term role in upholding multilateralism, participating in peacekeeping and promoting development. He said the global development initiative proposed by Chinese President Xi Jinping came at the right time and UN supports it unequivocally and stands ready to cooperate with China and work with other countries to implement it.

Wang said that the world today is full of uncertainty and instability because some countries, under the banner of multilateralism, want to impose their own standards on others, promote unilateralism and form small circles and are keen on bloc politics.

2021 marks the 50th anniversary of the restoration of the lawful seat of China in UN. Wang said, over the 50 years, China has always stood together with the UN, and together has become an important stabilizing force for promoting world peace and development.

Wang stressed that China is willing to strengthen cooperation in international development with the UN and advance the implementation of global development initiatives.